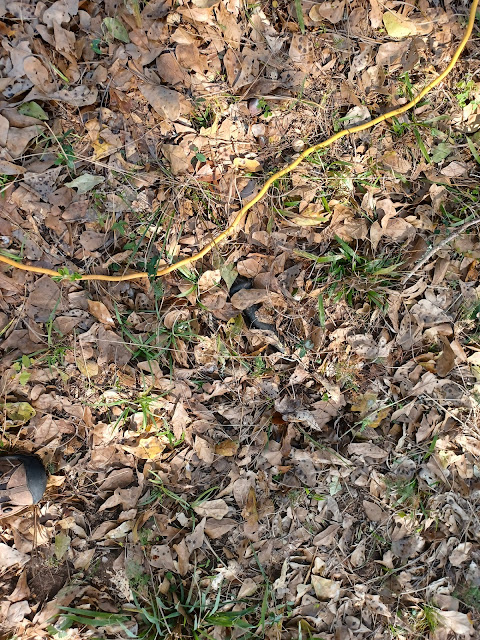 The other day I had strung out my 100' extension cord from the well-house, where there is a power-outlet, to the tractor barn, where there isn't. (It just barely reaches, and only if I sneak it in under the back wall of the barn and not around through the door.)

I needed power to run the grinder with a wire-wheel mounted on it to clean up a little spot - OK a big spot - of rust on the chipper before hitting it with some rattle-can rust-converter followed up with a shot of rattle-can sealer.

After I finished, as I was in the process of coiling up the extension-cord, I spotted something out there nestled in the weeds and under the downed oak-leaves that looked a little out of place

Can you see it there in the middle of the photo? 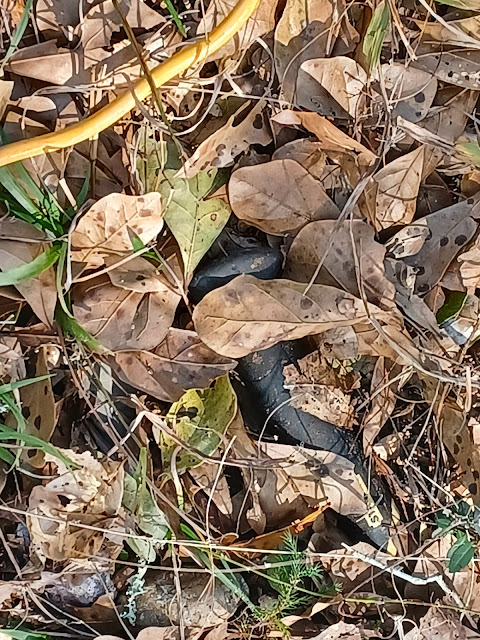 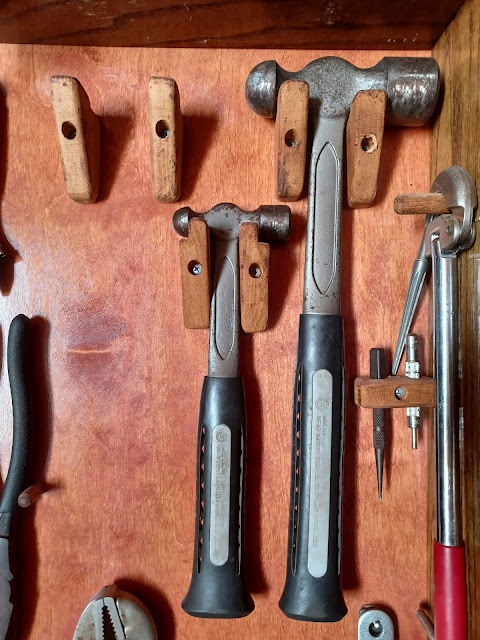 About four years ago, give or take a few months, I "misplaced" my claw-hammer.

OK, not so much misplaced as downright lost the dang thing. And being one of those 'core' tools everybody needs just to get along in this life, a dang thing I'd had for some thirty years or more!

Because I wasn't happy with myself for doing so, the losing part I mean, and because I have another claw-hammer in The Van's tool bag, as well as a smaller version in the collection of tools in The Wife's car, and an even tinier one (why I don't know!) in the kit down in the tractor-barn. I never made the effort to replace it.

But, because of that lack of effort, for four years now this empty slot in the shop's tool-cabinet has jeered at me.

Every time I glance over there I can hear the faint, sing-song sounds of a school-yard taunt. (Ha Ha! Look what you did!) But that ends today!!

Because out here in an obscure corner of the property where I rarely walk, and have never actually worked on anything at all, let alone something requiring the application of a hammer, that missing tool was serendipitously laying at my feet. 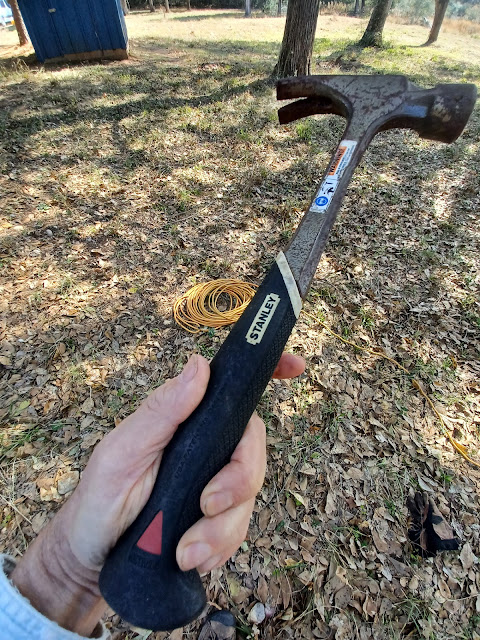 And after being buried under four seasons of discarded oak-leaves, deluged by 171.67 inches of rain - plus or minus a few tenths -, surviving 3 ice storms, one actual snowfall, and a half-dozen or so passes of the brush-hog's whirling steel blades, it was looking pretty damn good!

Far better than I would have expected. 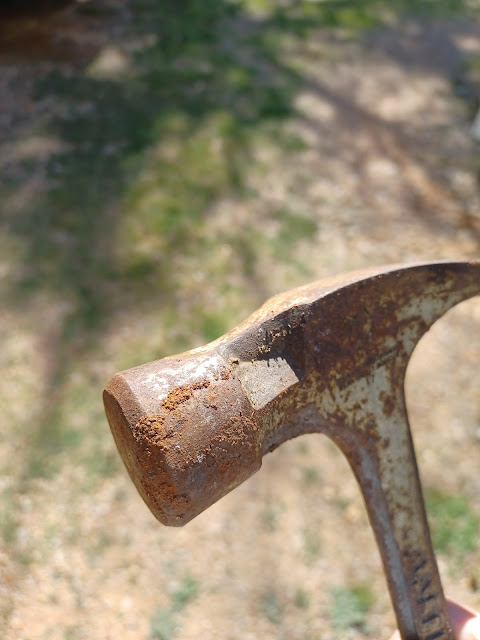 In fact, all I had to do was wire-brush off a little stubborn clay - I imagine I must have run over it with a tractor-tire and smushed it into the ground at least once during that time - and it was 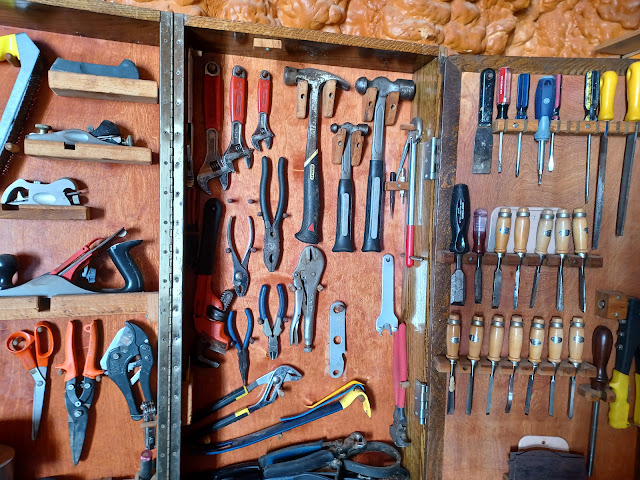 ready to be finally returned to its rightful place.

The only think I can figure is that four years ago I did something to the tractor up at the main barn that required the services of a hammer and then just left the tool laying there somewhere on the tractor as I drove down to drop the brush-hog, (The only time I drive this bit of ground behind the tractor-barn is when I'm either shredding it or on my way to drop the brush-hog off where it lives beside the barn.) which was a pretty bone-headed stunt in anybody's book!

Now that serendipity seems to be in my court maybe I'll be able to find that power-washer tip I shot out into the field when I failed to seat it properly in the wand before pulling the trigger!