Back in May I did a post about a herd of bucks down at the pond showing early antler growth.

This morning I walked out and spotted them back down in the same corner of the pond. They are still in velvet, only the antler growth isn’t quite so early anymore. 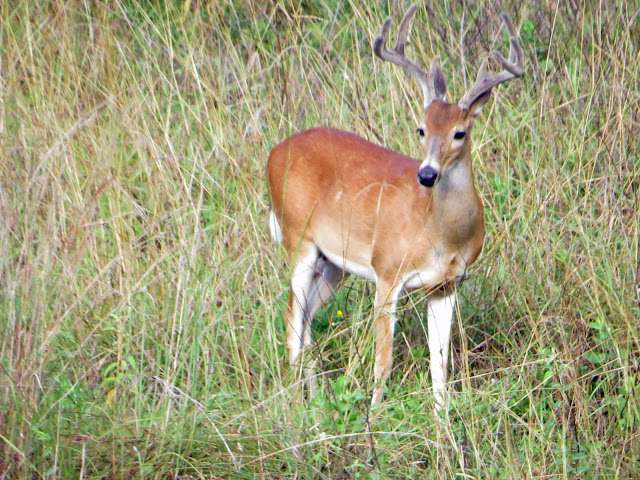 I grabbed the camera and worked my way under cover until I was only about 70 to 100 yards from the bunch.

But isn’t it always the case?!! My camera battery started screaming until it was red in the face, or at least on the screen, and unlike when I’m hiking, I didn’t have a spare in my pocket. 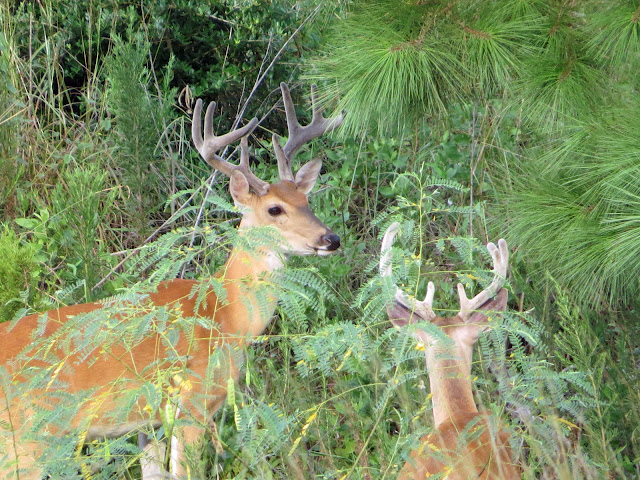 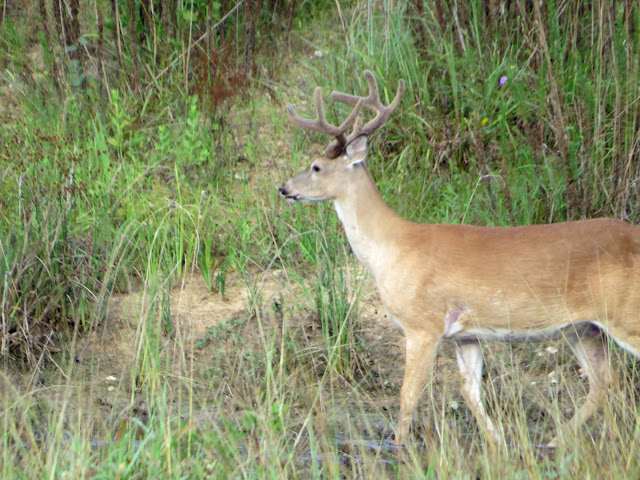 Fortunately I was able to grab a few halfway decent photos anyway. 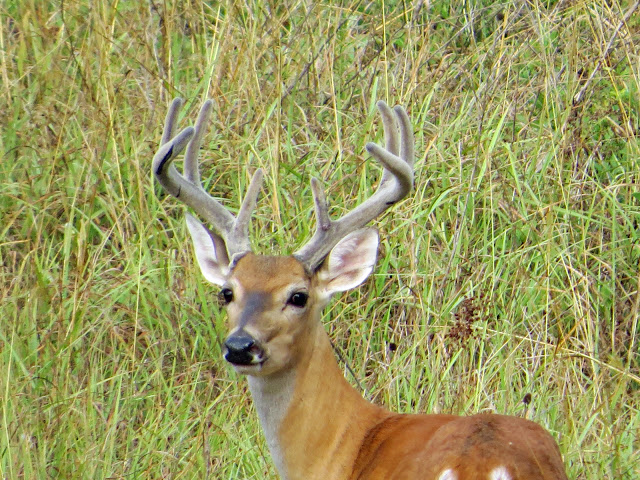 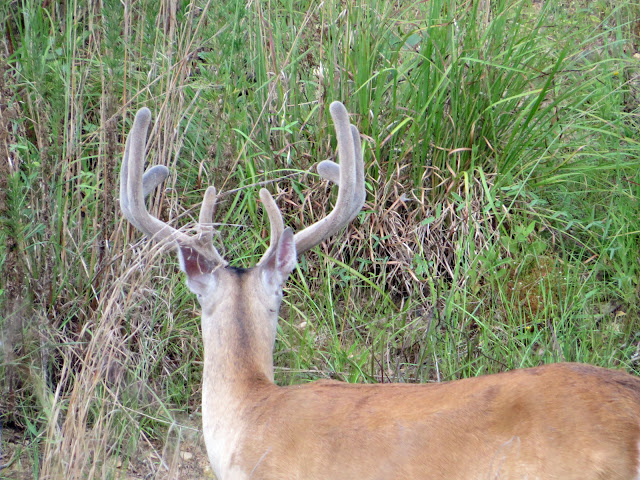 And this morning was one of those cornucopia mornings. While the herd of bucks messed around at one end of the pond (At first I thought there was seven of them but then an additional three strolled out of the brush.) an only slightly smaller group of does with a single fawn was chowing down at the other end. 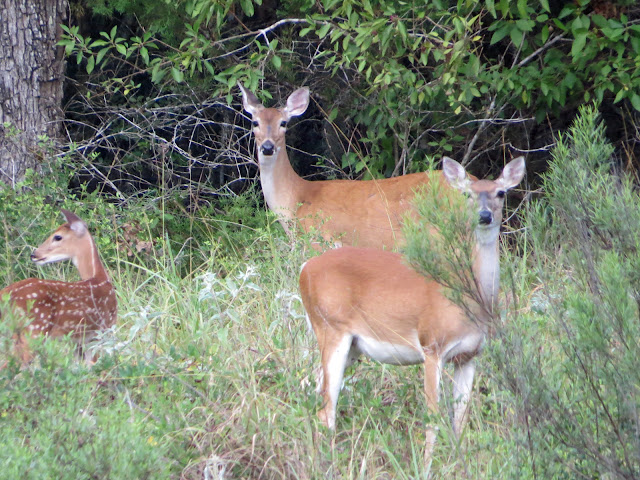 All in all, we had 18 deer out there this morning 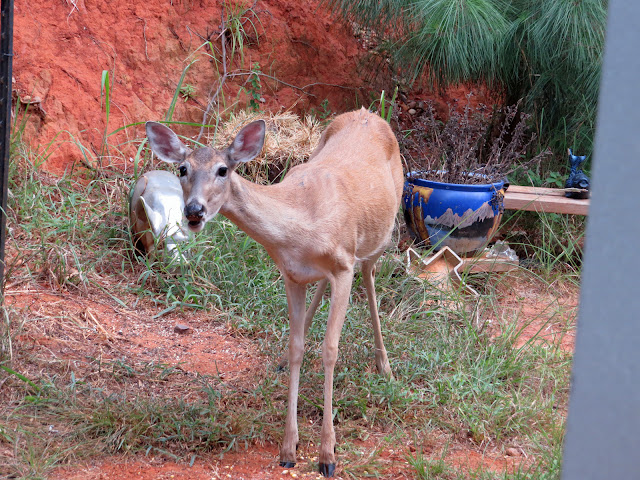 Including this little, and I do mean little, one who has been making regular trips to the area under the bird feeder for the past week and a half. She likes the seed the Cardinals throw down from the feeder so much I was able to take this photo while standing in clear view about 20 feet away. (I'm sure the Cardinals are doing that on purpose. As soon as I put fresh seed in the feeder they fly in and start scooping it out onto the ground while staring at me the whole time, as if daring me to try and stop them.)


At first I couldn’t figure out why this little doe was always alone but then after a few days we spotted her with a wobbly legged fawn of her own, even though the tiny, spindly legged thing (The mother) was way too young and small for any such nonsense. 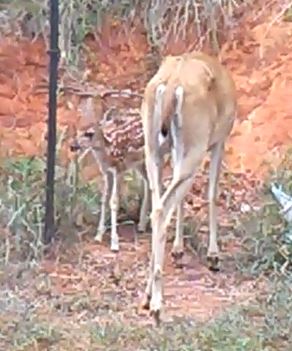 We only saw the fawn the one time and this terrible photo is a screenshot of video taken through the window with my phone.

This morning when I first saw the doe she had rejoined the group of others, but no fawn in sight. I have a sneaking suspicion that the fawn did not survive. But, she’ll probably have better success next season once she has a little meat on her bones and a bit more experience.