Lost in the Shadow of the Spectacular

I'm continually puzzled by how few people I actually encounter out there utilizing the trails and landscape of Pedernales Falls State Park. Not that I'm complaining mind you! but after all, this place is only an hour away from the nearly two million people living in the Austin area. Add in the combined 8 million people living in the San Antonio and Houston areas, all within 4 or 5 hours of the park, and that's a lot of people!! Yet they sure aren't out there on the trails. 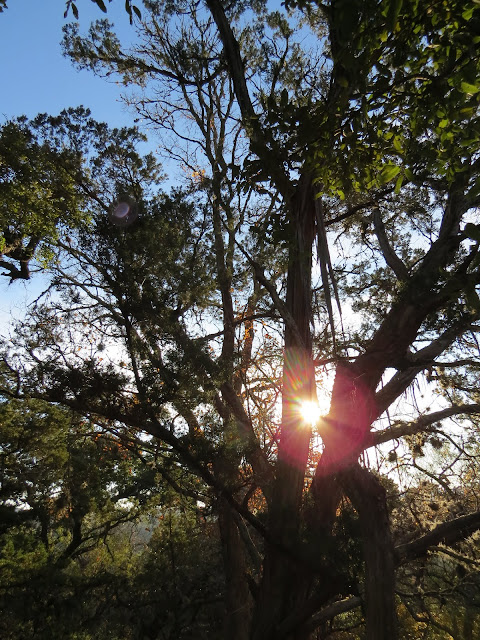 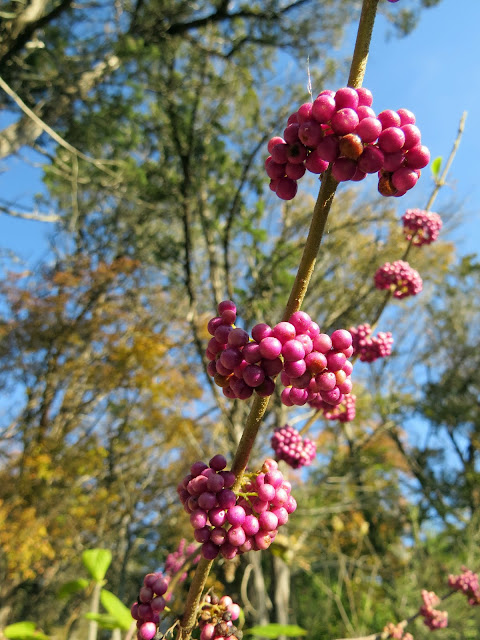 Don't get me wrong, the park must get a lot of visitors. Though I've never seen them in use, both the picnic and the Falls area have overflow parking lots. And when checking dates prior to my latest visit (The park is closed for special hunts a half dozen or so days in December and January.) and availability (100% of the campsites are reservable and you never know.) I found that all the campsites were already spoken for on the upcoming Saturday, but even so, it seems like only a small percentage of all the people that come into the park venture beyond the trifecta of campground, picnic area, and/or Falls areas. 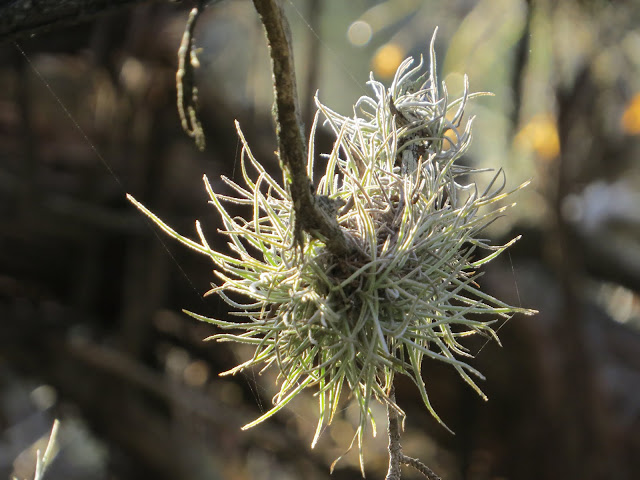 I guess it all has to do with the promise of the spectacular overshadowing the ordinary. Seems we are inescapably susceptible to hype (Which is great for advertisers, maybe not so good for us.) and who among us can resist the bragging rights of bagging the extraordinary. 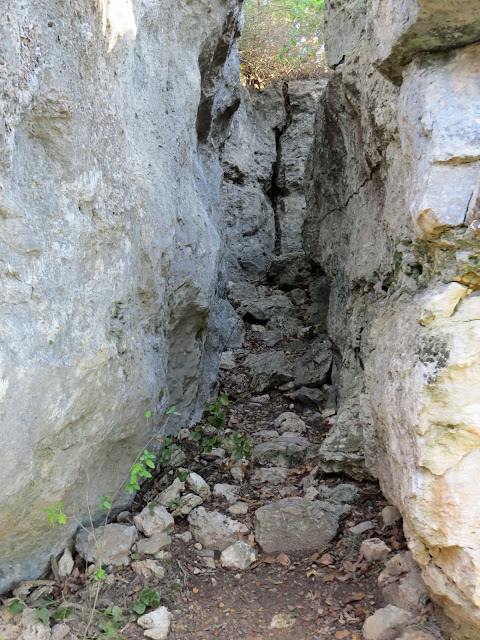 Yet how many of us battling the hoards to get a glimpse of Old Faithful over the shoulder of a fat man from Ohio, who's blocking the view anyway while he takes bad photos with a billboard-sized tablet held up in front of everybody's face, are even aware of the challenging switchbacks, pastoral panoramas and sobering sacrifice of Dead Indian Hill Rd. just a few miles away in the Shoshone NF?

(In Alaska, when fishermen line up shoulder to shoulder along the Kenai River during salmon runs it's called combat fishing. Does that mean the all-to-frequent spectacle at our landmark 'treasures' should be tagged as combat sightseeing???) 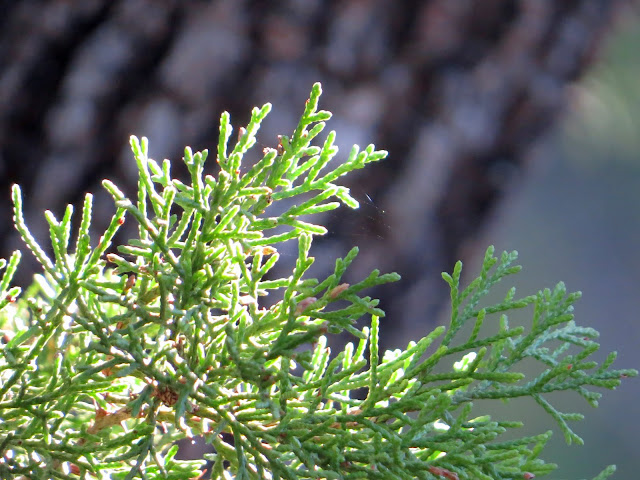 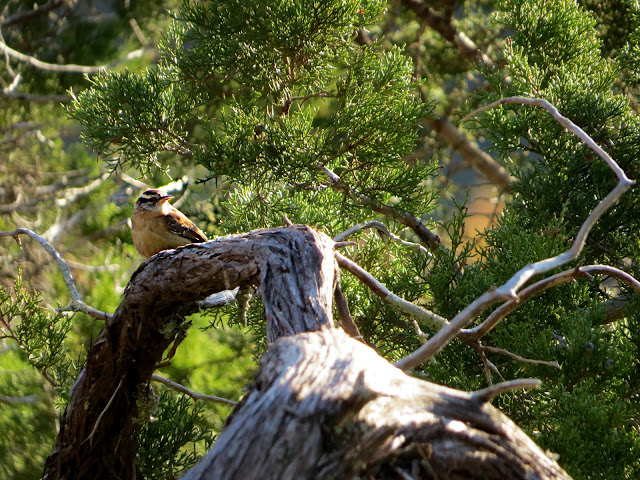 In our mad scramble to pay $11 to park in front of the heads torn from the native rock of Mt. Rushmore how many of us are aware that on the way there we passed a quiet, and free, little roadside tribute to the sculptor that just happens to also have an unobstructed, if more distant, view of the monument? 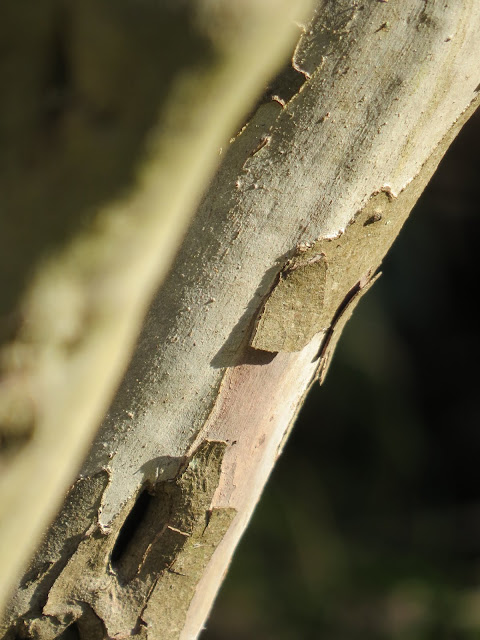 And over the years I must have blasted by the quiet, but hype challenged, lakeside refuge of Atlanta State Park near Texarkana close to fifty times before finally pulling my head out of - well - a place where it spends far too much time, and stopping in to experience its soaring pines and thick, tangled lake-side forests. 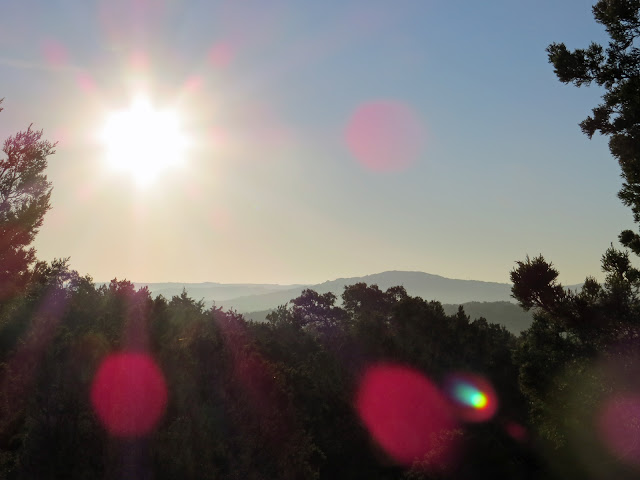 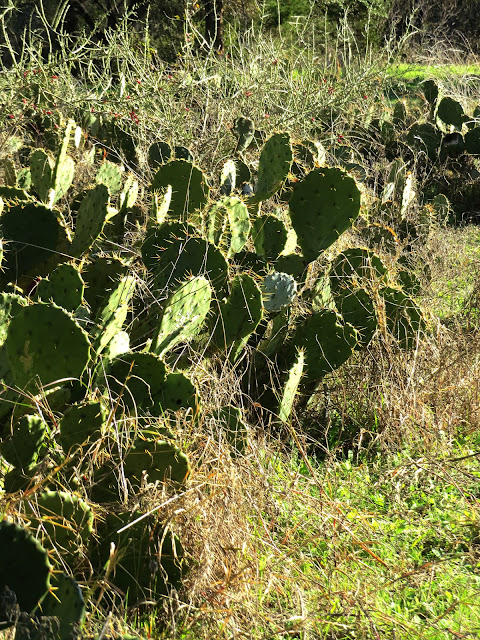 Ever since the first explorers started coming home and lecturing about their adventures, struggling to find the words and descriptions that would hype up and justify the funding of their journey, we've been steered towards seeking out the spectacular and the unusual, and somewhere along the way our ability to see and delight in the extraordinary ordinary has been compromised. 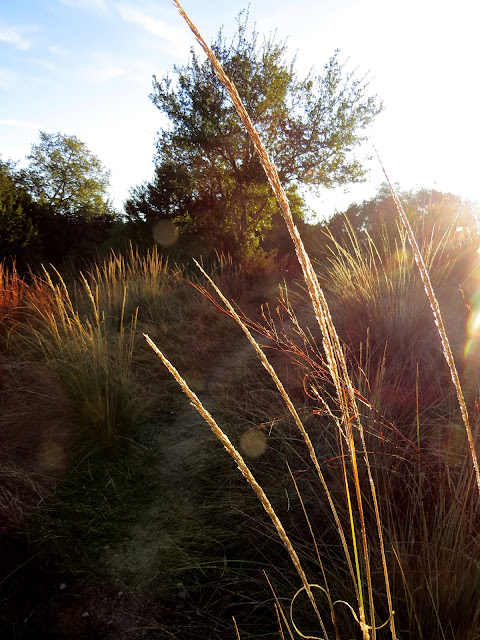 Given a choice between a deep-woods hike up McHuge Creek off Turnagain Arm or the boardwalks and five-times-a-day tour-boats a few dozen miles away at the base of Portage Glacier - well - the numbers don't lie, bragging rights for motoring around at the base of a glacier, regardless of cost and schedules and crowds, clearly trumps those of gentle immersion in the forests and meadows there in the shadow of McHugh Peak. 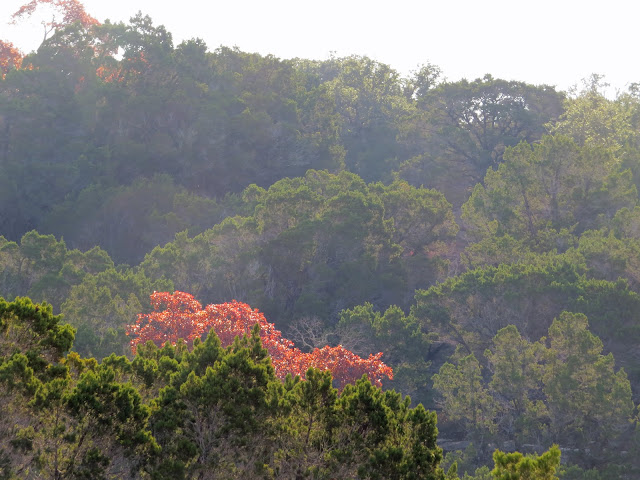 I suspect that this is what happens at Pedernales too, this single-minded attraction to the signature falls at the far end of the park, or the swimming hole at the picnic area. 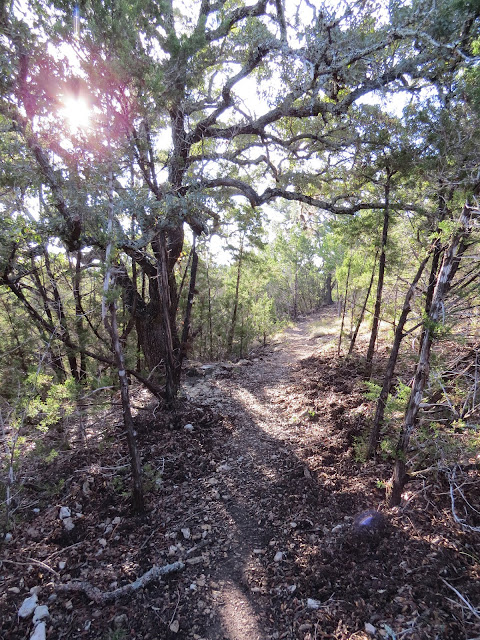 Admittedly the trails that web across the rest of the park aren't going to lead to sudden, breathtaking canyon-rim type views, nor are they going to end at the base of an awesomely colored cliff or a cave marked with ancient glyphs, but for those so inclined they are the pathway to their own brand of quiet little delights. 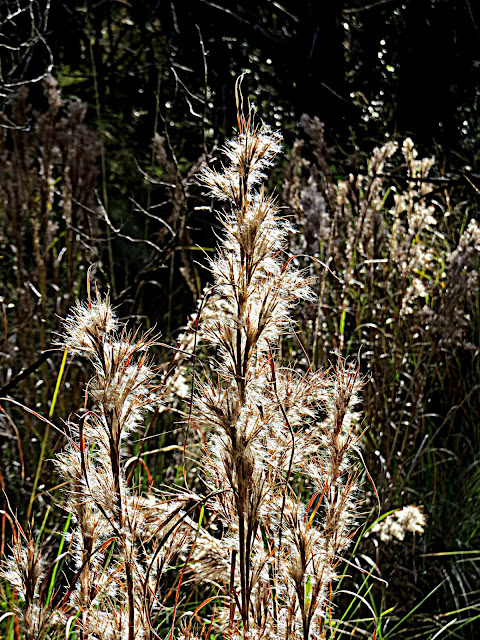 The play of light.

The profusion of life.

The boundless wonders of Mother Earth.

The simple, quiet contemplation of a gentle trail.

The kind of things that require time away from the frenetic noise, expectation and demands of the coveted spectacular in order to fully experience. 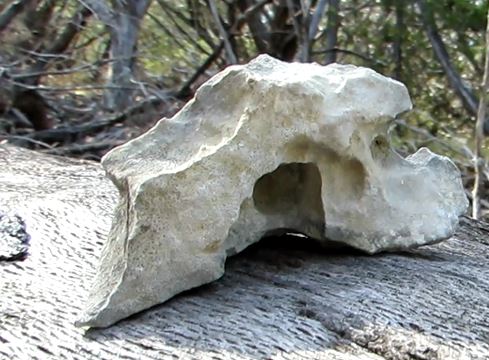 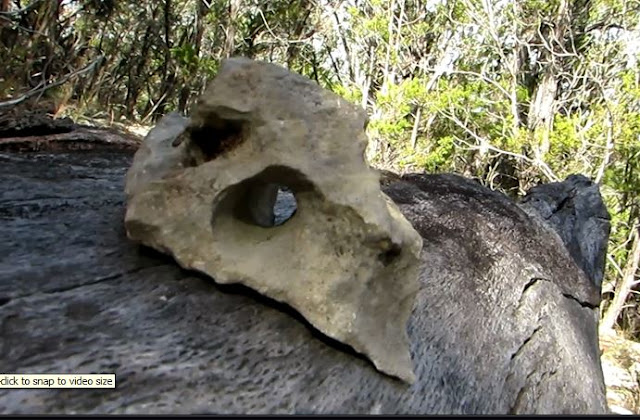 After all, if I had been herding up the paved path, (A path that is often fenced so the masses don't stray which invites disturbing comparison with the chutes at a feedlot.) shuffling forward as fast as the herd crowds would allow, engaged in irrelevant magpie chatter about who was seen at the mall with not their boyfriend or which latest narcissistic flash in the pan has the best music video, or what shenanigans the politician of the month has been up to, all the while elbowing adjacent tourists from 6 states and two countries in order to maintain my place in line; all to get my requisite 90 second glimpse of the spectacular, I might never have noticed Skull Rock sitting there in the less-trod hinterlands of Pedernales, tucked into the hollow of some cedar roots, half buried in freshly fallen oak leaves.

I would have missed the opportunity to pick up this unique bit of our world, to experience the cool, gritty texture with my fingertips, probe at the holes and ridges, and marvel at how it came about, to wonder at the forces and circumstances that formed it.

Oh, and by the way. In case you're interested, when I was done with it I replaced Skull Rock right back where I found it at GPS coordinates N39 --- Wait, you know what? --- I think I'm just going to let you have the pleasure and delight of discovering it all on your own.