Since I'm not an owl, despite assurances to the contrary from my classmates when I got my initial pair of glasses back in first grade, nor am I a blood-sucking bat like - well, anyway - I don't normally do night hikes.

It's not that I have anything in particular against night, but the light's not exactly optimum for photography and sightseeing opportunities are a little limited. It makes even the basics, you know, such as little things like the ability to see where I'm going, a challenge. The kind of challenge that makes it (painfully) tough to find my way out of the patch of prickly pears I managed to wander into.


And then, of course,  there's that whole - well - boogeyman thing.


The last time I did any significant night hiking was back in the dark ages (Unintended pun there but I'll let it ride.) when I was wearing a uniform and other guys with rank - and guns - told me I had to.

And my goal this time wasn't really to go night hiking at all, in fact the goal had nothing to do with stumbling around in the dark, but rather it was all about sitting in the bird blind and seeing what happens up there as the sun sets. I've made plenty of dawn visits, but never one at sunset. (OK, truth is I'm usually too interested in what's for dinner to talk myself into a late-day excursion.)

This time of year sunset is at 5:30 and at this latitude the last of the usable light is gone about twenty minutes after that. After a little backwards calculating I decided to head out there to the blind around 3:30 since it's about 2 miles from the campground. I figured as long as I didn't dawdle too much I could make it to the blind in an hour.

According to a lot of GPS data my average speed during a hike is a blazing 1.2 MPH, but apparently I also spend at least as much time stopped as I do moving, so as long as I keep moving. . .

Hike the half mile out to the park road and hang a left to the third power pole.

At the pole take out the compass and start bushwacking due west.

I need the compass because the terrain is too wooded to take a bearing off a distant landmark and just head towards it and I'm very left handed which makes me tend to drift right when walking and lean left when picking a route through the brush. Sometimes the two balance out but with compass in hand there's no guesswork.

About a quarter mile later, 100 feet higher, and with only one 8' limestone ledge to scramble up, is the east leg of the South Equestrian Trail.

Hang a right, follow the trail around the edge of the two knobs and a saddle that form a figure 8 on the topo,  drop 120 feet down some switchbacks and curl on around the southeastern corner of the corral area until the Chimney Swift Tower is in sight.

Cut through the scrub over to the tower and the entrance to the bird blind is visible, not too far away.

I did do a little bit of dawdling on my way there, (Just can't seem to help myself.) but still managed to arrive in good time. Not, it turns out, that there was all that much going on.

First off it's too late in the season for migration so it's just the usual suspects winter residents hanging around, and second,  the volunteers only feed in the morning now. (Frankly I kind of miss the old guy that used to take care of the blind.) 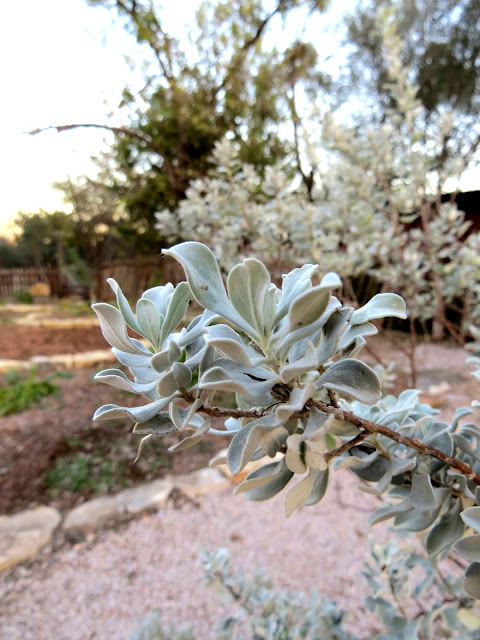 But no big deal. It was a pleasant hike up there and I had the place pretty much to myself. There were a couple of women that dropped in briefly, looking for sparrows, but there wasn't enough action for them and they were gone again within a few minutes. (And, of course, just after that a sparrow showed up. . .)


Despite the lack of winged entertainment I milked it as long as I could and by the time I headed back to camp it was full-on dark out there!

Did I mention that I managed to pick the night of a new moon for this little excursion? Yep, great planning! Not even the smallest sliver of moon to light my way back, only the stars and, while they were spectacular up there, when it came to lighting things up down around my feet they weren't especially helpful
.

I do carry a headlamp and spare batteries in my pack at all times. In fact I've got headlamps stashed all over the place, at home beside the bed, out in my workshop, over the visor in The Van, in a pocket of the 'strolling vest' I use when a full pack isn't called for and tucked away in the life vest I use when kayaking, but anyone that's tried to use one of those to follow a narrow trail in full dark knows that it's surprisingly difficult. Not to mention that the light completely screws your night vision, narrowing your world down to a three foot radius; and you just know that there's monsters lurking in the dark just beyond! 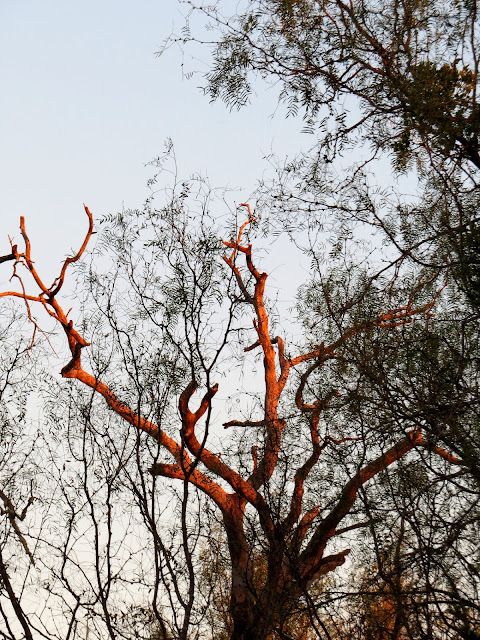 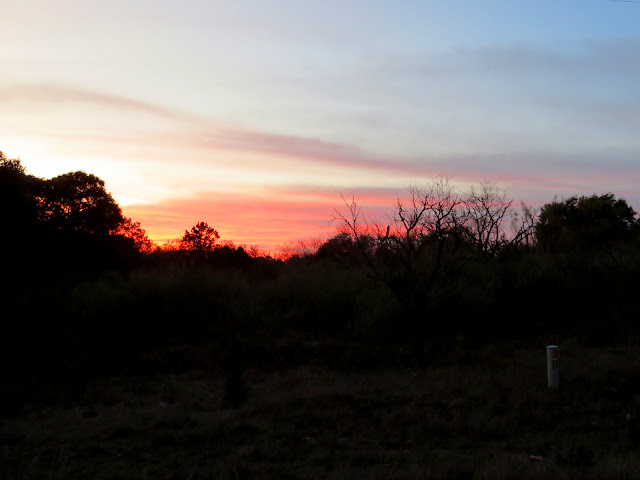 So, not really intent on adding any epic adventures to my memoirs, I took the easy way out and decided to follow the road back to The Van.  Normally I'm less than keen about hiking on pavement, but at least it was easy to tell when I fell off the side of the road and I could get myself back on track with a minimum of floundering around. And if I really got myself tangled up and lost track of which way to go all I had to do was keep Orion there in the general vicinity of in front of me.

I didn't worry about walking right down the middle of the main park road even though I don't have taillights in my butt. Although the park is officially open to day-visitors until 10:00, nobody seems to want to hang around past sunset. And if, by chance, someone were to come bearing down on me in their 3000 lb. missile, it's so quiet out there I know from experience I would be able to hear them coming in more than enough time to slink off and hide in the shadows until they passed.


Well clearly I made it back just fine and finished off the day under LED lights with a late dinner and a nostalgic, pleasantly mindless, episode of The Bob Newhart Show from the boxed DVD set I carry with me.