It's Either a Huge Sink or a Small Bathtub!

Regular readers may recall that we own a travel-trailer that my Missouri based father-in-law has used for years as a winter home and fish-camp when we park it down on the Gulf Coast for him. 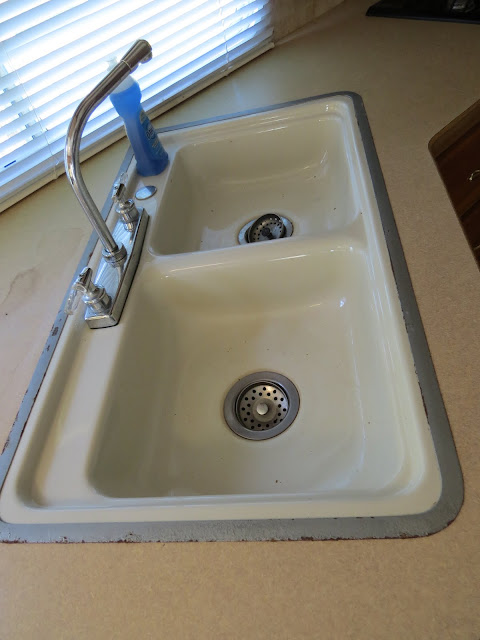 The trailer is only 13 years old, but I wouldn't fault you if you took a look at the sink 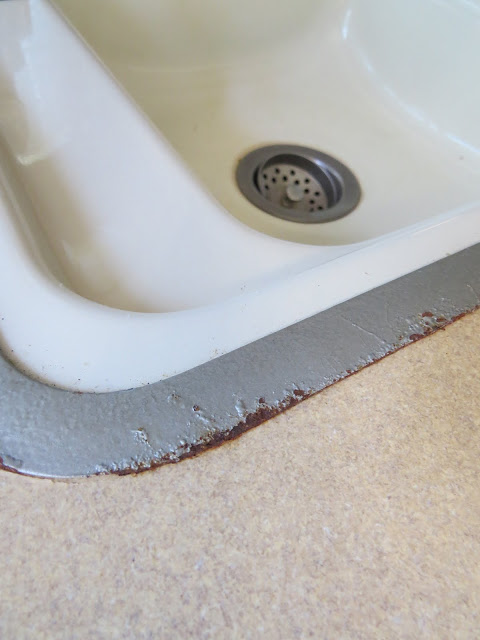 and figured it for older. Of course those 50's era faucets RV manufactures seem so fond of don't help either.

In the overall scheme of things this sink might seem like a minor point, but it loomed large in the mind of my FIL, it's deplorable state coming up often in conversation. And he had a point. It was an eyesore.

I disassembled, cleaned, painted and reassembled that trim-piece around the sink a couple of times but the thin, sharp edges just wouldn't hold a decent skin of protective paint so I wasn't going to do that again. Besides that didn't help with the dated faucets and equally dated cream enamel sink-finish. 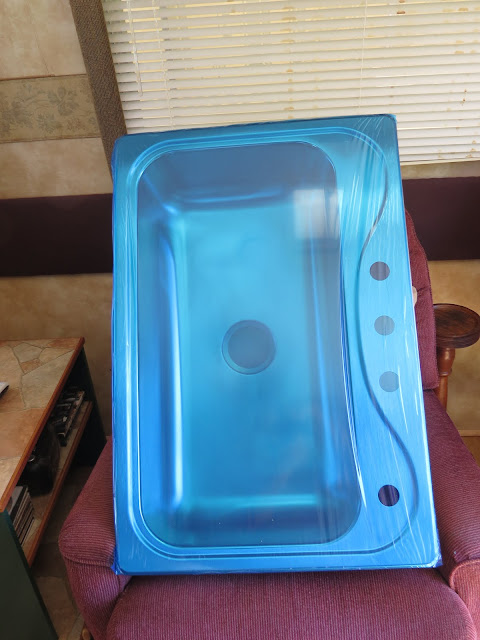 It took a little hunting to find an affordable sink of the right size in the FIL's requested single-bowl configuration, but eventually we managed. But the fact that here it's propped up in a full-sized recliner shows just how big this dang thing is!! If it was flying it would have to buy two seats! 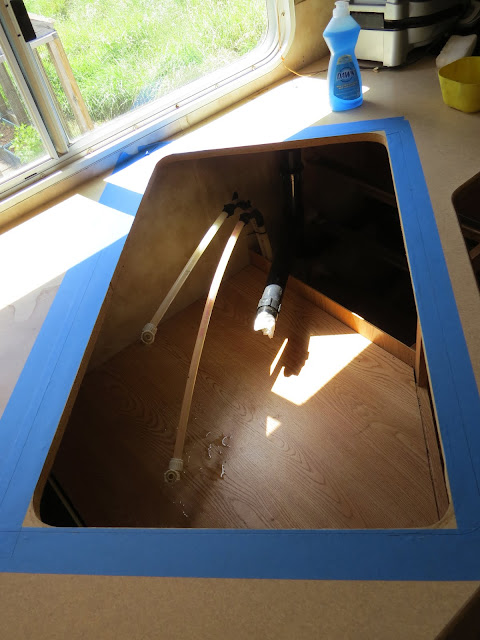 While the new sink fit into the old sink's cutout from side to side, it is deeper front to back since the faucet shelf is larger. (Have I mentioned how big this sink is?!!) So I taped off the opening, turned the new sink upside down, centered it, then traced around it.

Marking a fresh line a quart inch inside the one I just made, I then got out a saw and modified the opening to fit.

We also bought a new, affordable but more updated, faucet that would require a slightly different plumbing layout, but a little trial and error showed that I would be able to use the existing water-lines with only slight modification.

But since we were going from a double bowl to a single bowl, the same couldn't be said for the drain. Still, using some of what was already there and some parts from my plumbing bin, we managed to get that covered as well. 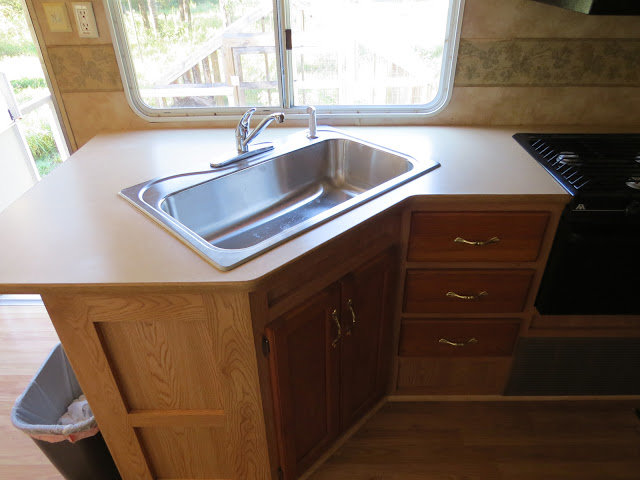 But before I could take this 'after' photo, (After bedding the sink in plumber's putty, installing all 10 clips to make sure it stays put, and finally running a bead of clear silicon calk around the edge.) there was one more modification I had to make so the top drawer there on the right would go back in it's slot. (Holy crap! this sink is big!!) 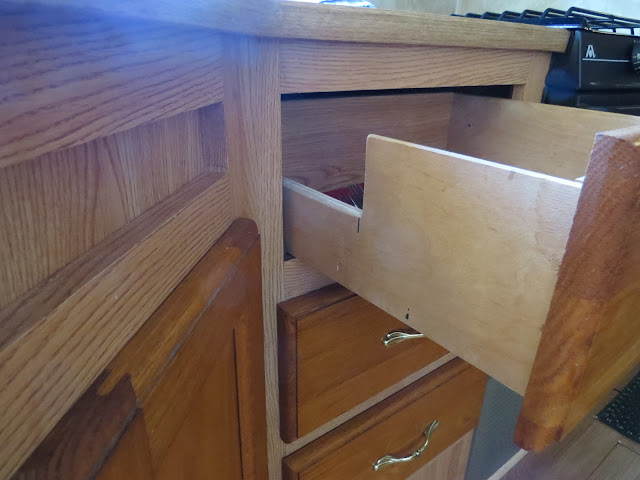 The old sink, being specifically designed to drain well even if the RV it's mounted in is not all that level, has more of a compressed funnel shape, with a wide, sweeping radius between rim and bottom and the bottom with a steeper than normal slope down to the drain baskets. Also it wasn't quite as deep as the new sink either.

The new sink has more of a vertical drop from rim to bottom, and the bottom is relatively flat, (Not worried about the new sink draining since the trailer is parked for months at a time and well leveled.) all of which put the front right corner of the new sink squarely in the way of the top drawer. 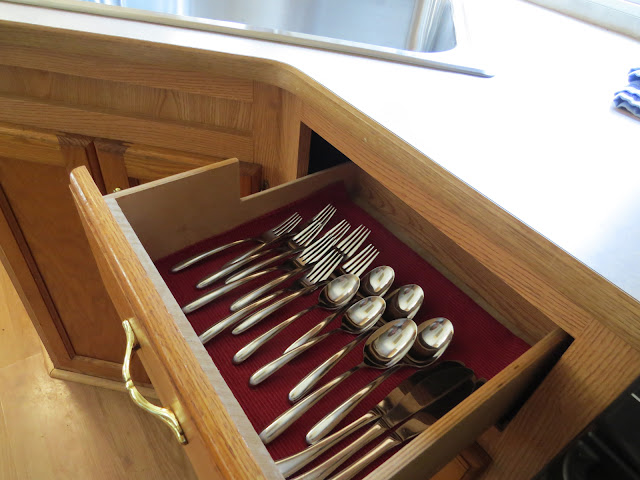 Since scientists haven't yet figured out how to fit two solids into the same space at the same time, I had to notch the one side of the drawer to make them, sink and drawer, play nice together. (The alternative was to remove the drawer face and permanently mount it over the opening, cutting down to two functional drawers instead of three.)

But all is good. The FIL has been down to visit since the upgrade and he's delighted with the change.


But dang! that's one big sink!! (In case you hadn't figured that out yet.)