It's that time of year.

Love is in the air and the critters are on the move. 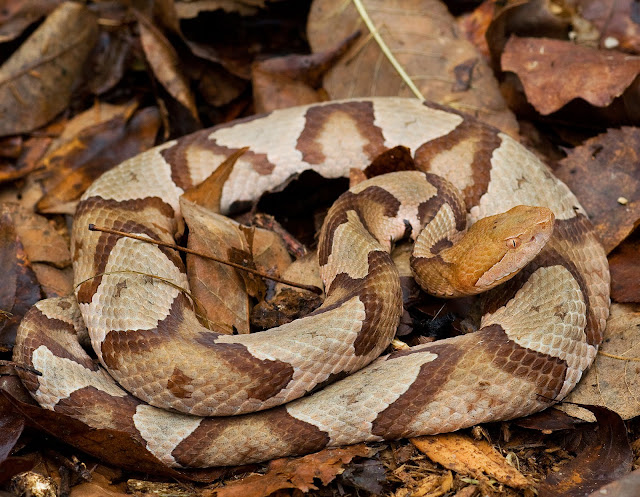 Short, fat copperheads hiding out along-side the trails in the litter of last fall's leaves.

Leaves that rustle just below your feet as these guys (usually anyway) head the other way as fast as they can go.  (Two so far this season.)


Or the long and lean Corals that don't need to hide as they silently, but flashily slip out of the way. (One so far.) 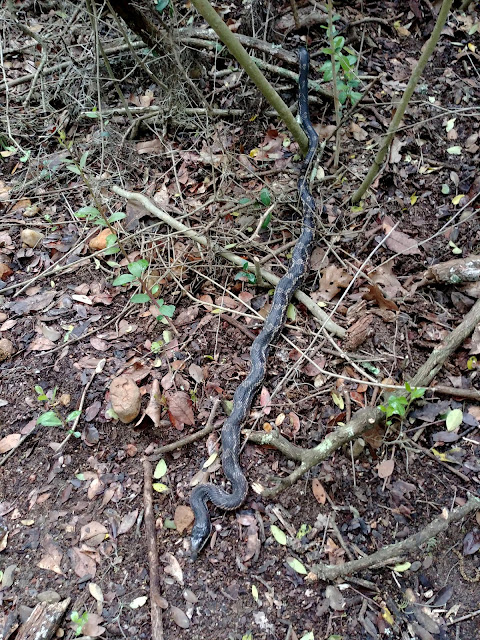 But I'm not sure what the deal was with this Texas Rat Snake (Grumpy but harmless).

I was huffing down the trail at a brisk 3 to 4 miles per hour and didn't notice this guy until I was actually stepping over him. He chose to just lay there without moving and it wasn't until my foot had passed through the airspace just above him that I registered that this stick laying there was unnaturally dark. (And no, there was no screaming or leaping or freaking out. I have a subdued startle-reflex, something that I apparently share with psychopaths, which kinda sucks.)

And nearly getting trod on apparently didn't phase him at all because he just stayed right were he was as I dragged my phone out, got past the security, found the app, and snapped this photo. 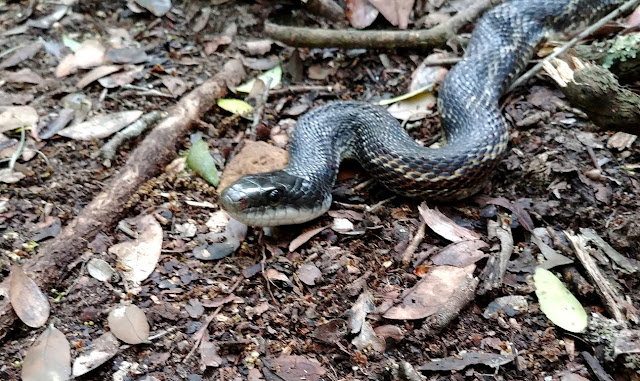 It wasn't until after I got down and dirty for this closeup that he finally curled back on himself and slipped off into the woods.

Edit: (After I write my posts I schedule them to release sometime in the future so as to avoid announcing where I am and where I am not. This keeps them available for updates and revisions, sometimes for several weeks, before they actually post.) Unlike the noisy Copperheads, which are ambush hunters, these Rat snakes, which are stalkers, are astonishingly quiet, even in last year's dried leaves. Just today  I came across another one in the trail, the full length of him in the trail. I took my eyes off him long enough to find and tap the camera app and when I looked up - nothing. It was like he was never there. I was standing less than 5 feet away yet he just vanished without a whisper of sound.