Sometimes Ya Just Have Ta


Here in Central Texas, from about mid May through at least the end of September, mornings are for outside work.

It's when I take care of chores, repairs, and maintenance.

It's also when I do my workout and knock off most if not all of my daily (OK, mostly daily)  3.5 miles.

It's not just the heat, though that is a factor, it's the sun, which is really strong down here during our predominantly cloudless summer days.

During these months I reserve the afternoons, that space after our one big meal of the day and before the lowering sun starts releasing its grip, for hanging around, filling my harmonica with spit while making it moan and squeal discordantly, working some Suduko, jigsaw, or even better, some recently discovered Sumuko, puzzles, knocking off a few Spanish lessons on Duolingo, screwing around on the keyboards (musical and laptop) and (Gasp!) napping. (In my defense, I got up at dawn!) 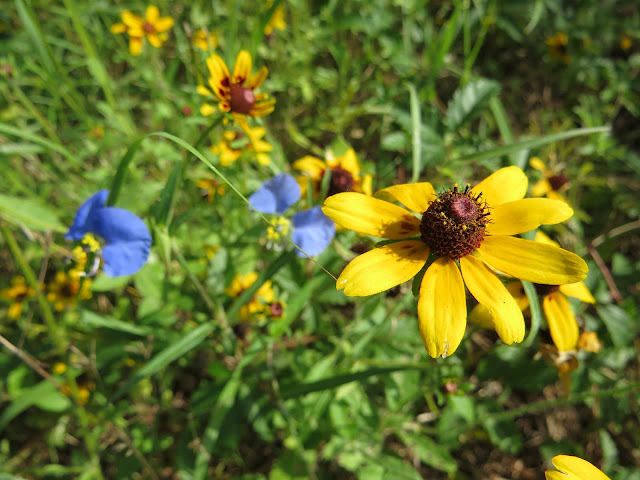 But some morning, like this one, (June 12) are just too pretty for all those "have-to's". Some mornings ya gota just kick back on a bench or under a tree, push through the guilt, and just enjoy the blessing.