Squeezing Blood from a Turnip

I have a shop apron that gets used, a lot! When it isn't being used, a lot! it hangs in a spot that gets direct sun in the morning if the barn doors are open.

The barn doors are open, a lot! 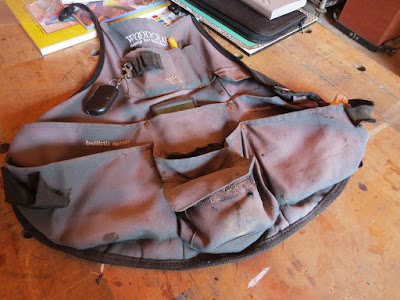 This has been going on for many years now and some might think the poor thing should be given a burial at sea, or at least be dumped unceremoniously into the trash, and they may be right, but it still seems functional to me. 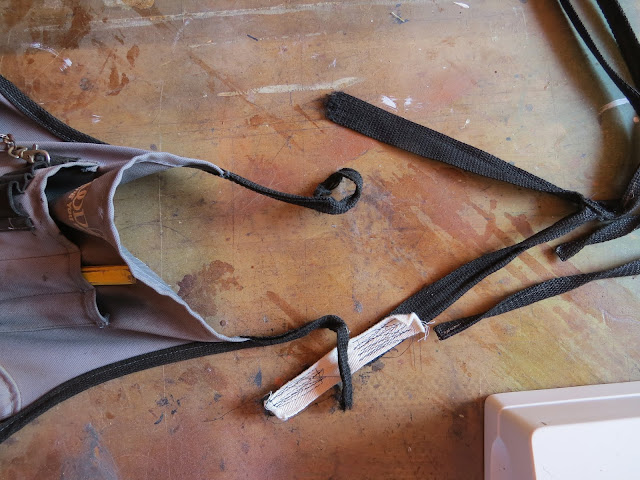 I had already patched the webbing that goes over my shoulders a couple of times by sewing a bit of scrap webbing over the tear, but this last time it failed the webbing was so rotted there was nothing left to patch onto. I could pull the webbing apart into shreds between my fingertips!

But as far as I'm concerned there's still life in the old apron yet, even if I do have to squeeze it extra hard. 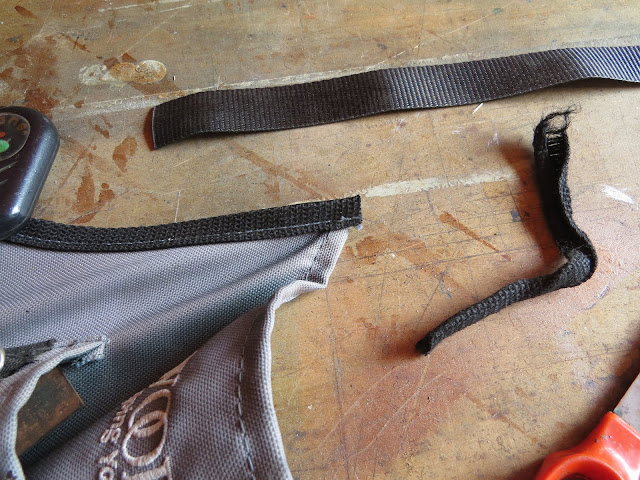 It just so happened that I had a couple scrap lengths of black webbing just the right width and length laying around from another project, so I cut away the failed webbing 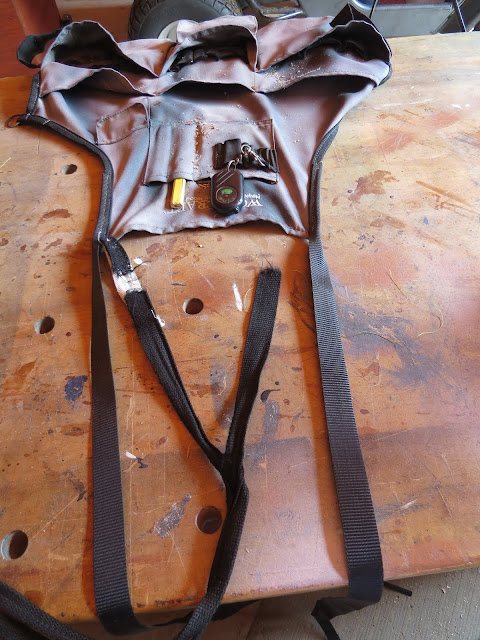 folded a couple inches of the new webbing over the old and spliced it on. 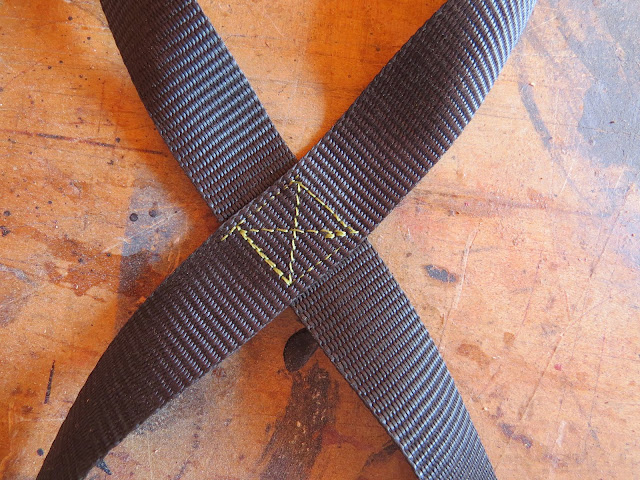 I then guesstimated where to cross the new webbing and tack it together. The original was all worn, torn and patched so guesstimating was the best I could do and frankly I was a little off. This tack is so the webbing crisis-crosses over my back and, once tied in place through some rings on the sides of the apron, keeps the weight on my shoulders and off my neck. Well I tacked a little too close. It works, but there's not much extra room there when putting it on and taking it off over my head. (Overconfidence, or maybe it was arrogance, had me putting the sewing machine away before I figured this out so I'll wait until next time I get the machine out to rip the stitches out and do it right.) 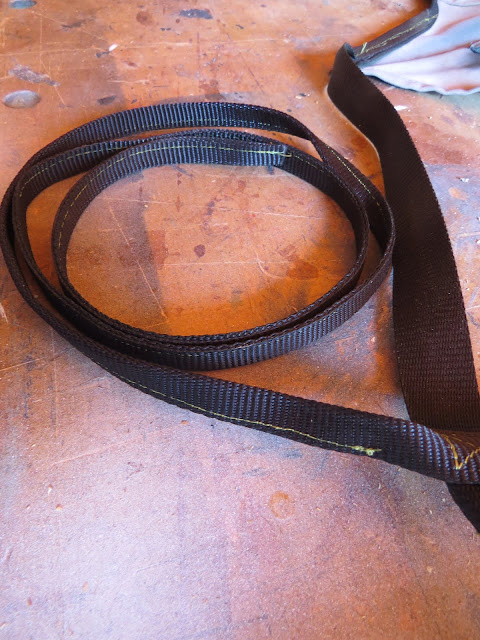 Final step was to fold the free ends of the new webbing in half and run a line of stitching to hold them that way. This makes it easier to fish the ends through the metal rings on the apron then tie the whole thing behind my back.

(I had black thread, but it's not UV resistant like the yellow thread I used.) 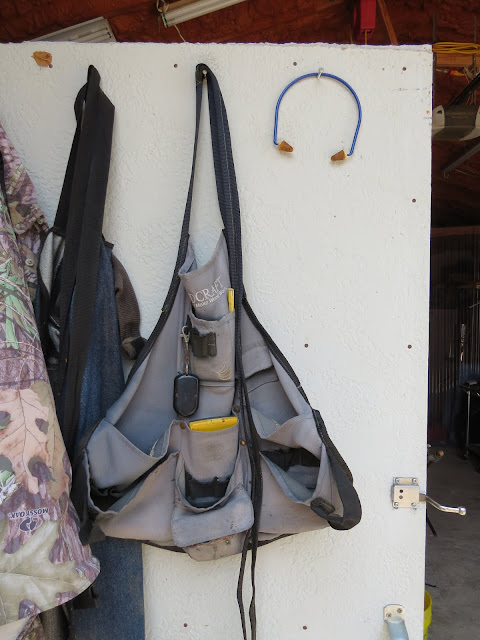 For now, when not around my neck, the venerable old apron is back on it's nail waiting for said neck; and catching the morning rays in the meantime. . .

Just more drivel from the shop. . .