OK, so these first two photo's have nothing to do with the displaced tractor post a week or so ago, 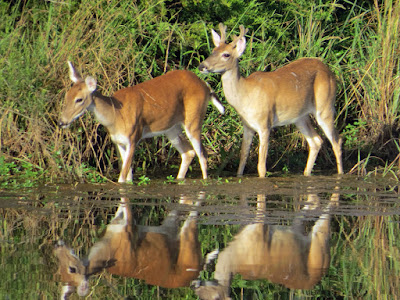 but the morning light was good and I couldn't resist. Of course the camera was at the other end of the barn so I had to run since I knew from experience that the quality of the light wasn't going to last long, especially now in the summer when it gets harsh and silvery soon after rizing. 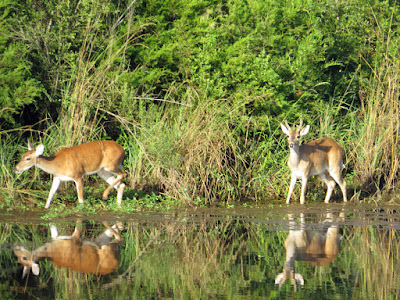 Besides, though it might look like they're just strolling along these guys are moving faster than you'd expect! Before you know it they're up over the bank and in the trees, ruining those reflection shots. 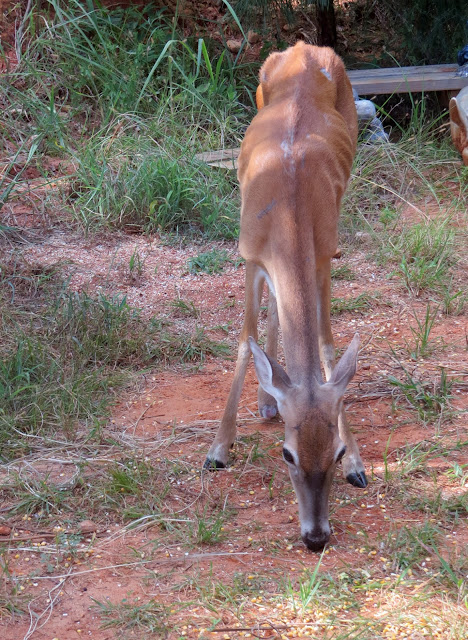 But here's the subject of the Displaced post, chowing down on corn underneath the bird feeders this morning. 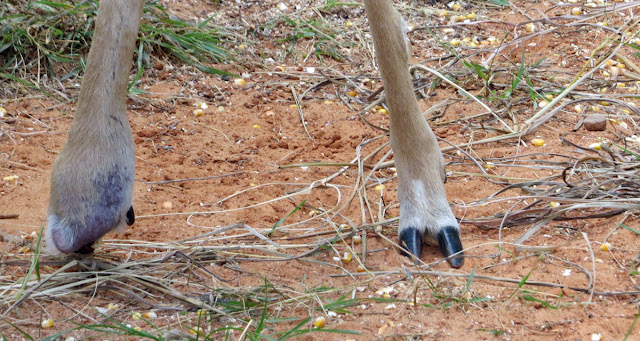 A couple weeks ago her injured foot was the size of a soccer ball; OK, maybe a slightly deflated soccer ball; but it was pretty dang big! She could hardly move, not so much because of the foot but because the infection that was raging through her body had sapped all her strength and we were pretty sure she wasn't going to make it. 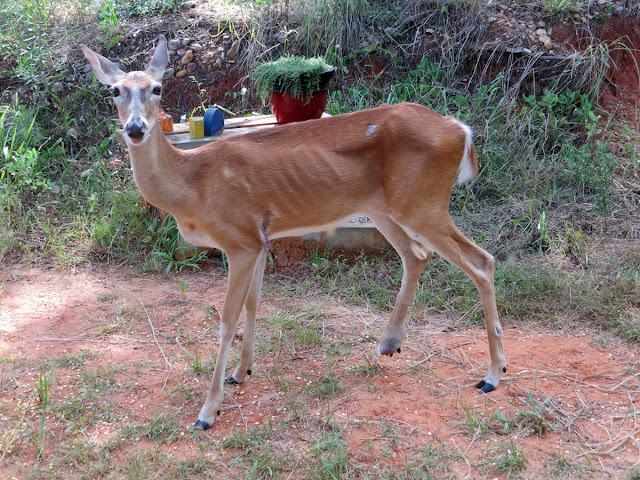 But then she moved into the barn, throwing the tractor out into the elements. The first few days she pretty much just lay there, getting up once in a while to chew on a little of the corn I was leaving her on the barn's floor, but since then she's been moving around a little more every day. In fact she hasn't been using the barn all that much the last few days. I expect that in another couple weeks I'll be able to get the tractor back in there where it belongs.

Yes, she still looks stupid skinny in these photos, but this is actually an improvement. She's been eating a little more every day. Some of that is browse and some the full scoops of corn I toss her way whenever she comes looking. That's more corn than is good for her in the long run, but she clearly needs a few extra pounds at the moment.

I can't say how things are going to work out for her long term, whether she'll eventually grow a callus to replace her missing hoof and regain partial use of the leg, or always be three-legged, but for now anyway she's hanging in there and on the mend.