Two little words that can illicit a wide range of reactions. Joy, fear, curiosity, resignation, introspection, anticipation, trepidation; and the list of tion's goes on.

Of course if you never leave home then you don't have to deal with going home. Something that never crossed my mind when I made my escape move. (Take it from me, you can never escape home!! If you try it will just haunt you.)

I wasn't quite 18, and I had been the teenager from hell (Relatively speaking that is. You see our family is pretty goody-two-shoes as far as families go, so my post-pubescent angst was mild compared to some, but still traumatic for all in our own circles, including my personal circle which was definitely pear-shaped at the time.) when I left for a stint in the military in '72, literally just in time for Nixon's re-escalation of the Vietnam 'conflict'. (And if you still believe that all US troops were withdrawn by the following year in compliance with the Paris Peace Accord you haven't been paying attention!) Following that I ran off to the other end of the country (From home.) to do more military stuff as a civilian and, other than a short experiment which didn't work out, haven't gone back for more than a week at a time since.

At first visits home very much highlighted that old adage you can't go home again, (Though it's older than most people think, what with Heraclitus writing No man ever steps into the same river twice way back somewhere around 500BC.)

But regardless, old adages are old adages because they're true. Within a few years of leaving, home was no longer the home I carried in my heart. Unlike that home, people, places and communities had moved on, so when I did make trips home, (Admittedly something I did very infrequently in the early years.) home wasn't there anymore. Plus I had changed over the years as well (whew! About time!) so the me I carried inside wasn't the me I was. (Make sense? No? Don't worry about it. I'm not sure I make sense either.)

But a funny thing has happened over the past 10 years or so, about when I started getting home more frequently. I got used to all the development and changes (The house I grew up in, and left from, was three houses ago now.) and the southeastern Michigan of today didn't feel quite so alien to me anymore, in fact it started to become the norm.

Naturally my brother and sister, both still in high school when I left, both still little kids far outside my grownup realm at that time, well - grew up. At first I had no idea who they were anymore, how to interact with them. Of course they had the same issue with me, this stranger that once lived in the same house. But time and gradual exposure has taken care of that now too. I've reached the point where I know who they are as well as who they were. I'm used to them, comfortable with them, again.

As for parents? Well, I'll always be their kid. Always anxious to please. Always seeking approval. But we've grown into each other. Though the child in me never goes away completely, the person in me now comes through and interacts with the person in them. (More so with Mom since Dad died some years ago now which kind of froze him in place in terms of my personal relationship.)


So anyway, that was a rather long winded way of saying that over the past few years going home hasn't carried near the angst and trepidation and disappointment for me that it might have in the more distant past.

In fact this time I chose to make the trip even though the pressure to do so was pretty minimal. After all, everybody understands that 1400 miles one way is an awful long ways to go for an afternoon family cookout, especially when past reunions have been focused more around extended weekend campouts. And I'd been there just last year for one of those weekend reunions, and the year before too, and to add a few more pennies to my good-son-visits-often account, only a couple months ago the family matriarch was down for a week's visit at our place in Central Texas. So, in the absence of those sorts of pressures, I guess the only explanation left is that I really wanted to go. 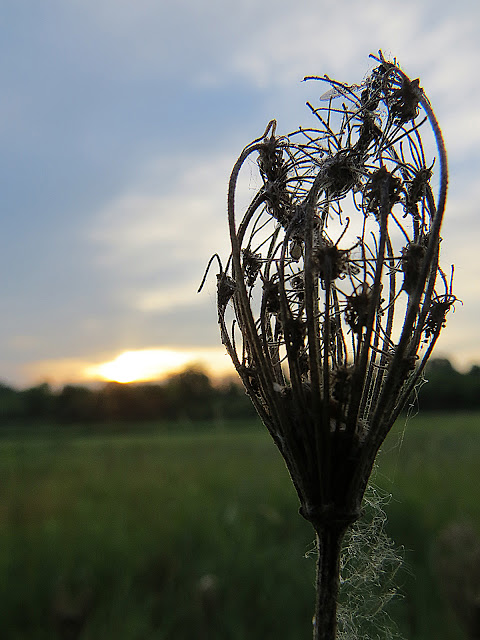