A Tale Of Three Blinds 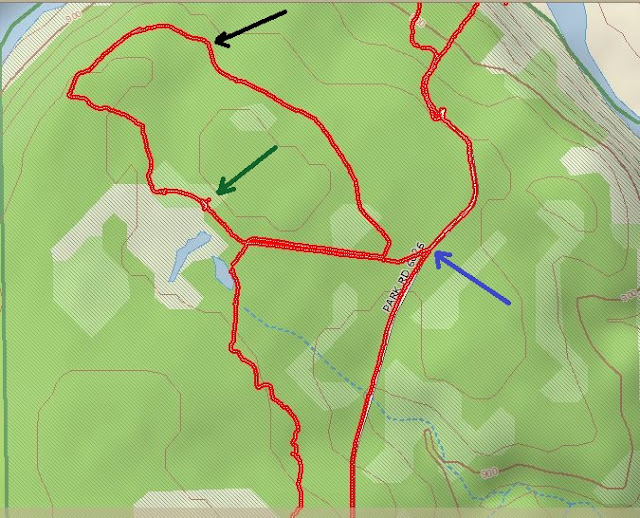 Shortly after starting back up the park road when leaving the Pedernales Falls area, right there at the blue arrow, there’s a bar-gate on the right guarding a lightly used but obvious track. If you’re on foot or bike and hang a right here you end up in a relatively flat area of the park with a number of trails looping through it. 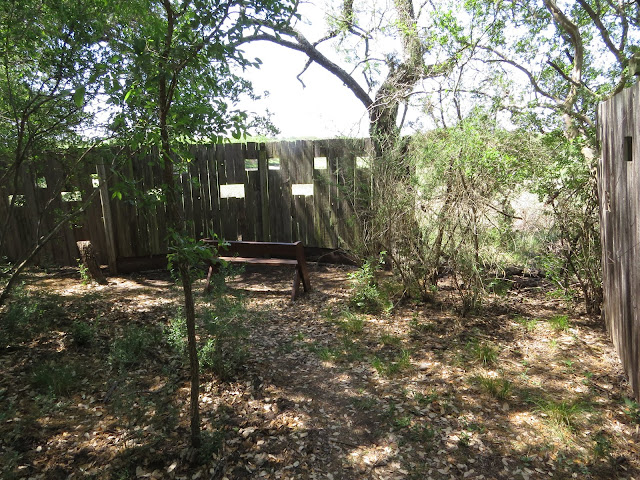 Tucked in here just off one of the trails on the north side of the Duck Pond, which in dry times is more like a Duck Scrap-of-Water, is a viewing blind right there at the green arrow. 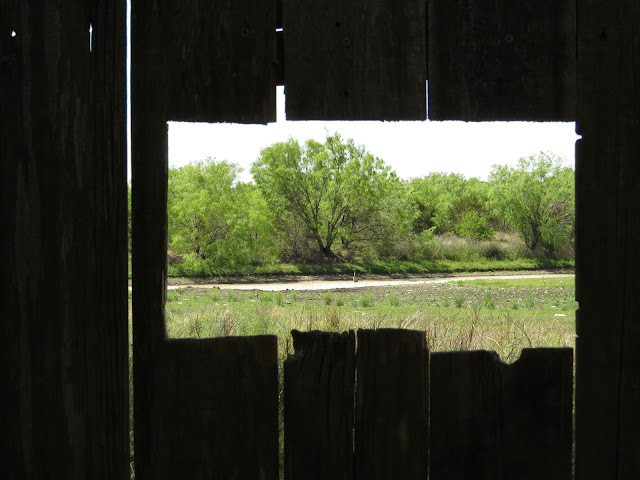 In the past I’ve seen quite a few creatures from this blind, including all sorts of birds, raccoons, turtles, deer, a pair of foxes, one solitary coyote, and a couple dozen feral hogs feeding around the edges, but mid-day is a crappy time to be wild-life spotting. 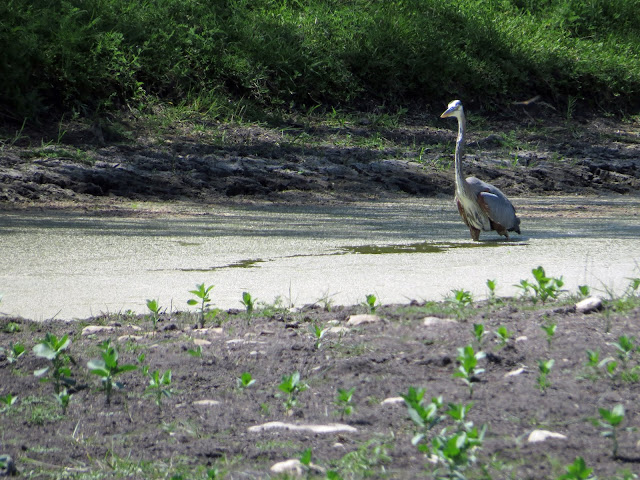 Even so, the area wasn’t completely devoid of spotting opportunities. 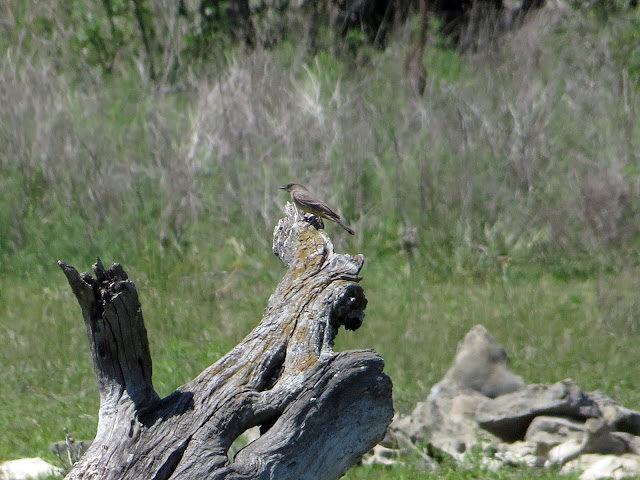 It just takes some patience. But hey, I’ve got all day – or at least until I get hungry, which, now that I think about it, might not be very long. . . 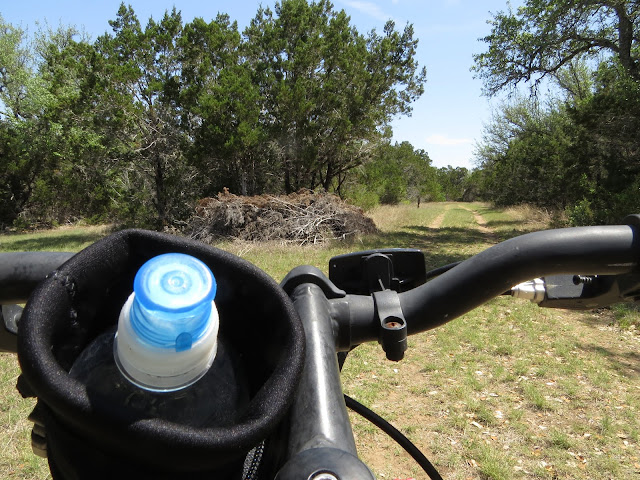 Further along the trail system, there at the black arrow, where two trails converge at a Y junction, providing line-of-sight in three different directions, I come across one of the hunting blinds scattered around the park. 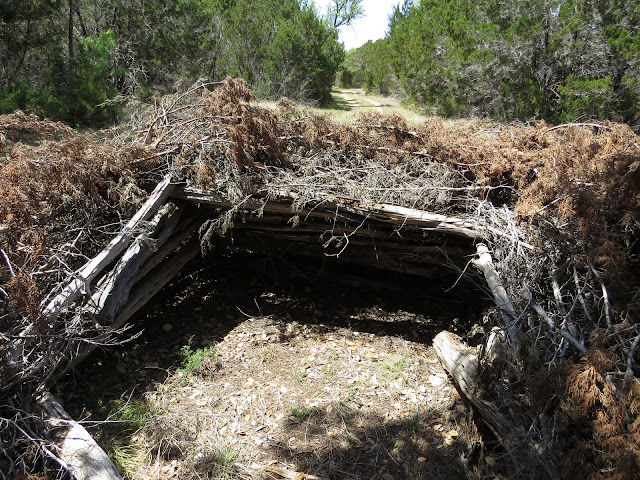 Some of the state parks, including this one, have managed hunts. Since there’s more yahoos with guns than there is space (Serious hunters in Texas pool together with friends and buy hunting leases on private land) permits are thrown in a hat and a limited number are then drawn.

In order to cut down on the number of hunters getting shot, those with a drawn permit are then assigned a blind to which they will be escorted, and where they have to stay until their escort returns to collect them later.

Obviously the parks are closed during hunts, which is really kind of annoying because hunting season coincides with some of the best weather to be out hiking. 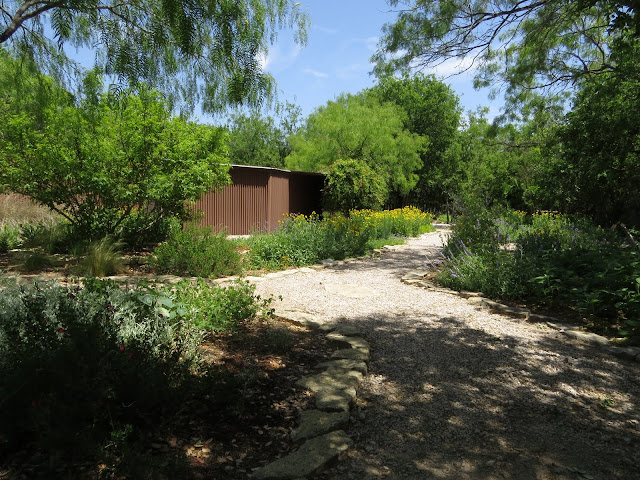 Another stop-over in this part of the park is the bird viewing area. A small compound with a garden-like area flanked by two separate enclosed blinds each looking out on different feeding areas. 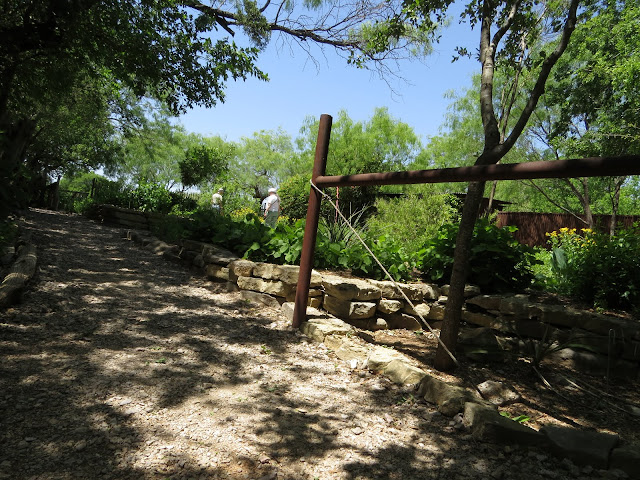 Of course the best viewing is at sunrise and sunset, but this a pleasant stop any time of day. 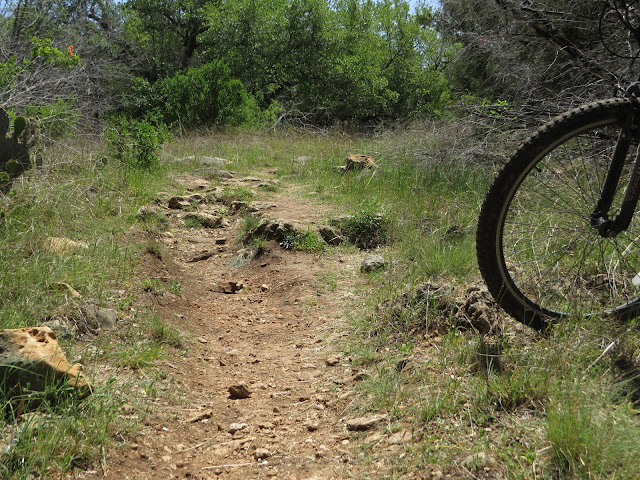 Oh, and just to dispel any exaggerated illusions about my trail-riding expertise I offer up this photo.

Granted the trail is actually steeper than it appears here, but despite the diminutive scale of these rocks and ledges and the Quad-B’s 29” tires which are supposed to eat rocks for lunch, this is the kind of thing that has me getting off and walking.

But in my defense, I’m alone out here so if I crash and burn that whole buddy-system thing kind of falls apart on me because in a situation like that the voices in my head are no damn help at all!