If I’m With More Than Two People It Must Be Reunion Time!

Yep, when I look around I recognize most of the people I see (Not all mind you but most) so it must be the family reunion camp-out!

I think there were 26 of us there this year spread across 6 campsites and one cabin, (Counting heads seems like an important ritual at these things and since I can’t remember the final tally for sure it might appear that I don’t care, but the fact is, to me any more than 5 or 6 bodies in close proximity just looks like A LOT and by that time I’m too busy fighting the urge to run away to pay attention to actual numbers.) and that included Pablo, an exchange student from Chile that lived with us for the best part of a year around 1970.

I had to relinquish the ‘came-the-farthest’ award this year, but I don’t mind. It takes Pablo something like 4 or 5 different flights and the best part of two days of travel to get from his home in Antofagasta to Michigan. (Hey wait a minute! It takes me 27 hours of driving to get there plus at least one stop to pass out - I mean rest. I think I want a recount!)


The first time Pablo arrived in Michigan well over 40 years ago it was winter and since it was impossible to buy winter clothes in Antofagasta in those days, at the time Antofagasta being a small desert town and all, he walked out of the terminal to his very first glimpse of snow (which was actually just some left over slush there in front of the airport) in shirtsleeves. We took pity on him, being the caring and sensitive family we are, by dragging him up north the very next weekend to where our travel-trailer was parked in Harvey’s driveway.

Parked but not dug out. (Harvey, a family friend with acreage in the far north of the lower peninsula, had a big driveway!)

At the time I didn’t think much of it because this was normal shit for our family, but I can only imagine what was going through Pablo’s head (In no small part because it was in Spanish and in those days I didn't know any Spanish let alone the swear words.) as he watched a couple of us dig down through the drifted snow in the dark of a winter night to free up the door to the trailer while someone else dug out the propane tanks so the valve could be opened, every headlight-backlit breath clouding around our heads in the painfully sharp air which was the best part of 100 degrees colder than what he was used to. 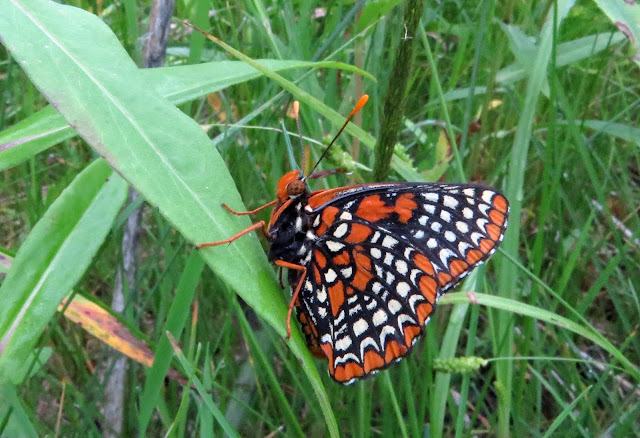 And now, just to let Pablo know that we still love him, for the reunion we set him up on one of the campsites in my tent with my sister’s sleeping bag, my mom’s cooler, my brother’s camp stove, and the bathrooms a good hike away. Oh, and just to make it interesting for him, we threw in a number of passing rain-showers.

It just gives you a warm fuzzy all over doesn’t it?