What if: Speaking of truck 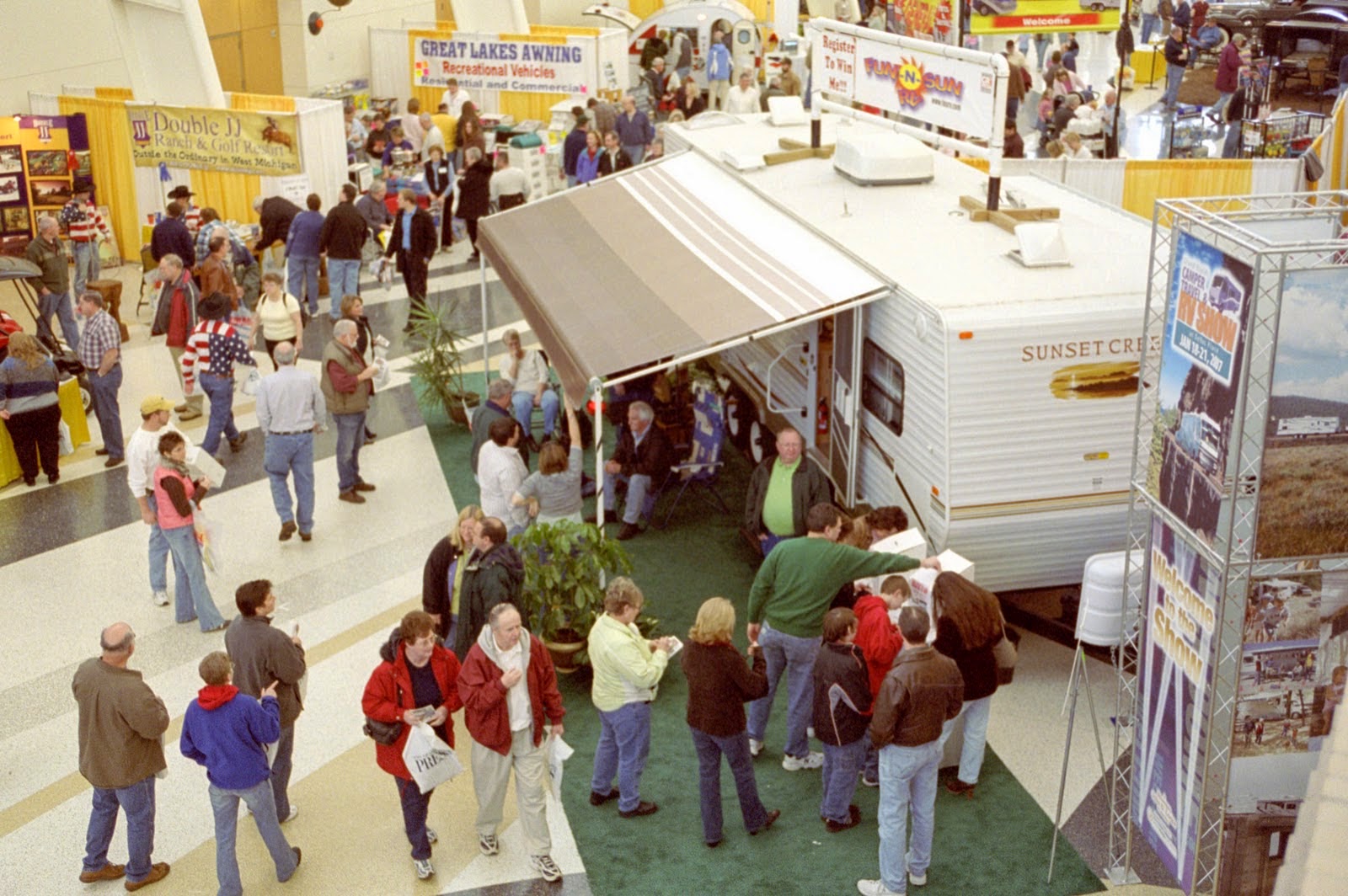 In the past when I've gone to RV shows, I've encountered the usual lines of people at the doors of the artfully staged rigs, complete with fresh cut flowers on the table and artificial grass and plastic plants under the awning, all impatiently waiting to get inside to see what color the curtains are or how many it can sleep, but I have rarely seen anyone crawling around underneath, checking out the running gear or asking to look behind the electrical panel to check out the quality of the wiring job.


That same phenomenon results in people spending hundreds of thousands of dollars on a home because they like the color of the bedrooms with no thought at all for whether the roof structure is solid or the wiring adequate or the foundation cracked.

In case it's not clear, I'm not one of those people. (Though I might be tempted to ignore the bald tires and lurking aliens for a really well done naked lady on the side of a rad vintage van!)  But I promise this will be the last post focused on the foundation of the camper before finally moving on into the interior. 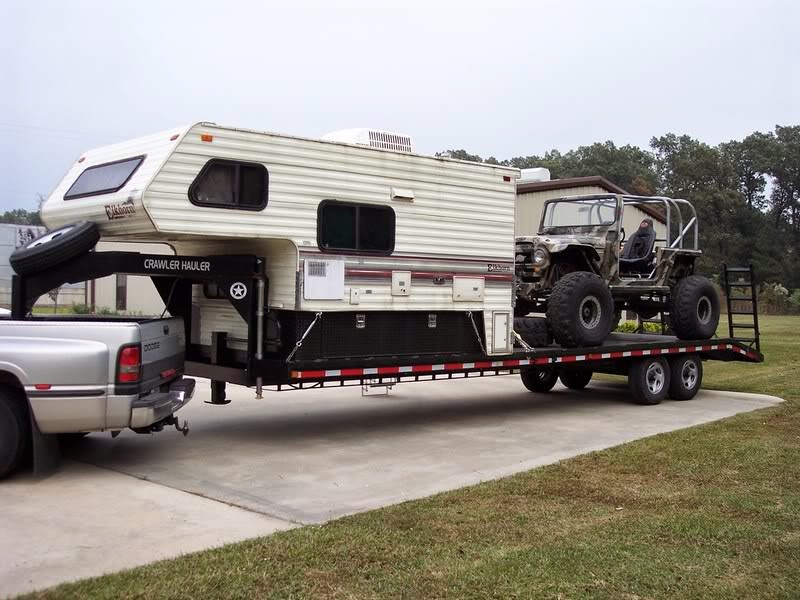 It's pretty much a given that a slide-in camper has to have a truck under it if it's going to move anywhere; although here in Texas it's not unknown to be passed by a 30' goose-neck trailer being drug down the highway at 80MPH just before the beginning of hunting season with a pickup camper sitting on one end and the rest taken up with camp-jeep and deer blinds and smokers and barbeque pits, none of which have been secured very well and all of which are jiggling and bouncing around so bad you just hope nothing comes flying off just in time to go through your windshield. (Oh, and if you're really lucky one of the trailer tires, which haven't see the road or an air-gauge since last hunting season, has gone flat and is either already shredded down to nothing but sidewall or is smoking so bad you can't see the road.)

But I think I'll just stick to the traditional pickup. 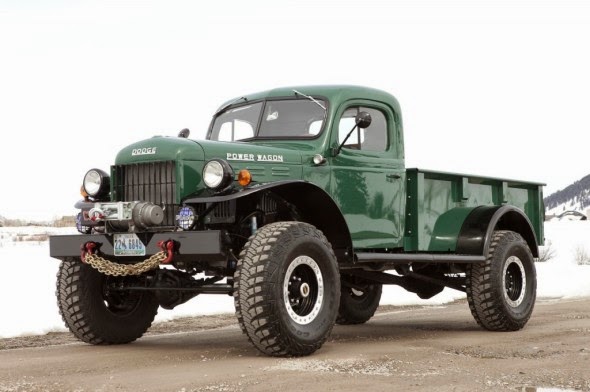 You mention pickups and camping in the same sentence and it just screams out for 4-wheel drive. But I'm not quite sold on that, even though I'm just as susceptible to the glamor of the idea as the next guy.

The reality is, 4-wheel drive means quite a bit of extra money to spend, a whole lot of extra moving parts to go wrong, and noticeably fewer miles per gallon, and for what?

I had a 4-wheel drive once. Old school; manual transmission, manual high/low/neutral transfer case, manual locking hubs. I had it because it came as a package deal underneath an Alaskan Camper.

I drove that truck (And felt pretty macho doing it truth be known.) until the steering box nearly fell out of it, yet I never once needed to use the 4-wheel drive. In fact, as far as I can tell, unless you're really trying to find bad conditions, (And I'm not that guy!) most roads and many tracks can be negotiated with 2-wheel drive as long has you have the clearance.

Tim and Amanda Watson  have been full-timing for over two years pulling a 25' Airstream; much of that time boon-docking high up in the western mountains; yet they admitted in a recent post (I guess how recent depends on when you read this post!) that they have rarely had to actually resort to 4-wheeling to get where they're going, even on 4-wheel drive roads.

An alternative that costs significantly less than 4-wheel drive and has far fewer parts, is a locking differential.

I won't get into how differentials work here but they do so in such a way that if I get into iffy traction the typical 'open' type of differential has a tendency to send most the engine power to the tire that's spinning but little to none to the tire that still has traction, and wah-lah! I'm stuck!!

When a locking differential senses this happening it transfers some of the engine power back over to the tire with traction. Not quite, but almost as good as 4-wheel drive!

You may not remember, since it was so many posts ago now, but at one point I mentioned that the truck will be a supercab.

This is a compromise between the standard cab with its very limited space inside and the relatively spacious crew cab which, when combined with an 8’ bed, has a pretty long wheelbase and, despite so many doing it, really shouldn't be wheeled around a tight parking lot as if it were a compact.

By removing the basically useless ‘seats’ that are jammed in behind the front seat of the supercab and adding some custom shelves/brackets, I can move some of the stuff that lives in that last 2 feet of the van, space which I had to give up in the camper in order to keep the length reasonable, into the truck.

These are things I would want along with me in the truck anyway, like the inflatable kayak & gear, my backpack, tool bag, sleeping bag & ground pad, tire repair kit, air compressor. All things I will either want with me when driving to trail heads and boat launches or emergency stuff for when I’m not right there at the camp site with all the amenities of the camper.

I’ll also keep some of the outdoor stuff like the Easy-up awning and my camp chair back there too.

Nothing fancy to talk about here. As long as I avoid oversize chrome trim rails on top of the bed sides and macho headache racks, my generically dimensioned camper shell should fit with no problem. 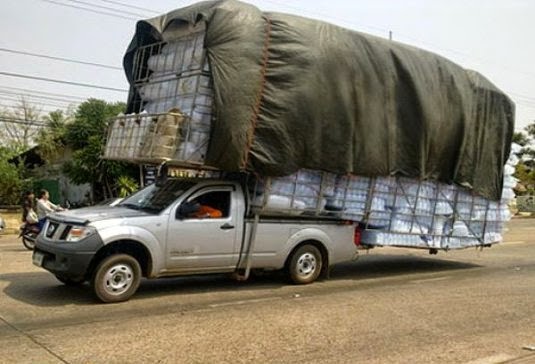 I can't answer this question yet. I would prefer the F150, but haven't gotten far enough along with the design to calculate weights yet.

I am a firm believer in published GVWR's. After all, it took a lot of engineers smarter about this stuff than I am, and a whole bunch of testing, for the manufacture to come up with that number in the first place, not the least factor of which is the ability to stop all that weight safely without destroying the brakes.