Blair is the first town you come to in Nebraska when following the modern day Lincoln Highway west out of Iowa.

Black Elk was second cousin to Crazy Horse, witnessed the battle of Little Big Horn when he was 13, and lived until 1950

Neihardt was Nebraska's Poet Laureate and after a long series of interviews with Black Elk, in 1931 wrote the book, Black Elk Speaks.

Artist Bill Thomsen, with the encouragement of Neihardt, interpreted some of the visions and scenes from that book in pastels. 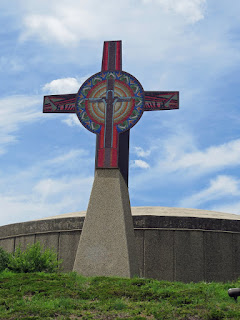 The Tower of the Four Winds is a mosaic interpretation of one of those pastels, which Thomsen described as a message of brotherhood, peace and compassion. 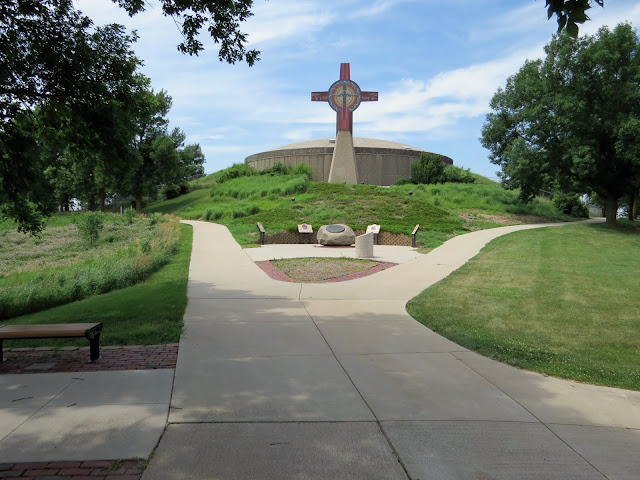 For a city of only 8,000 Black Elk-Neihardt Park is pretty big, covering some 80 acres, well appointed and impeccably maintained, as the following photos will show, but I have to say, it was also one of the weirdest, maybe even creepiest, parks I've ever been in.

But more about that later.

In front of the Tower of the Four Winds there are plaques that flesh out Black Elk's interpretation of each of those winds. Following his interpretation I've included a Celtic/Pagan interpretation of the four elements.  (I'm fascinated by the confluence of legends, stories and symbolism that threads consistently through centuries of beliefs.) 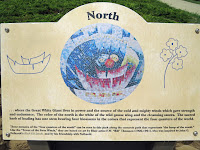 North: Where the Great White Giant lives in power and the source of the cold and mighty winds which gave strength and endurance.

North: Mother Earth: the source of life; power and fertility: 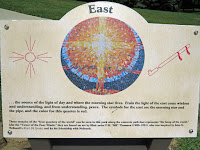 East: Air: the breath of life; knowledge and wisdom 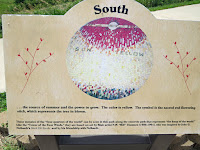 South: The source of summer and the power to grow.

South: Fire: the spark of life; strength and passion 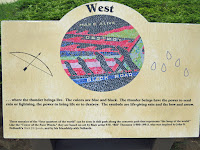 West: Water: the nectar of life; purification and new beginnings 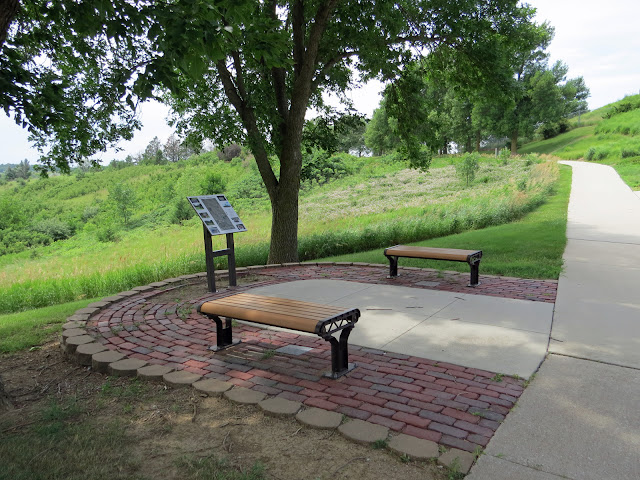 But there's more to this park than the tower. 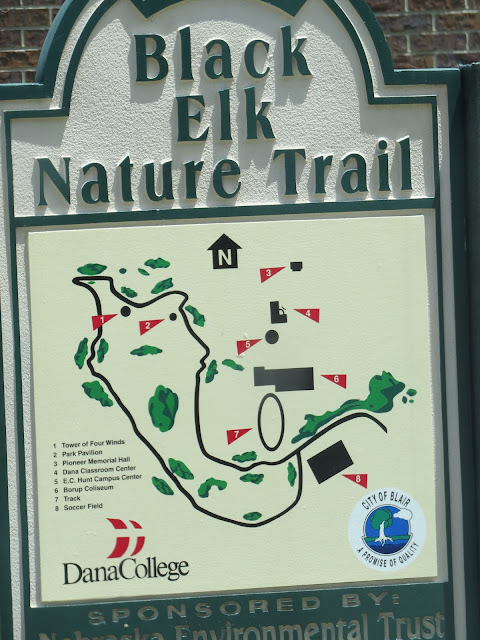 Besides the usual picnic and playground facilities,  there's a nature trail, though to my thinking it was less a trail and more of a paved path to wander around the park on. 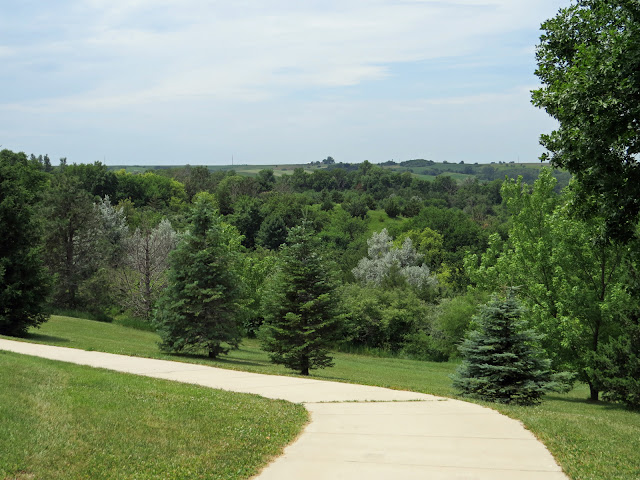 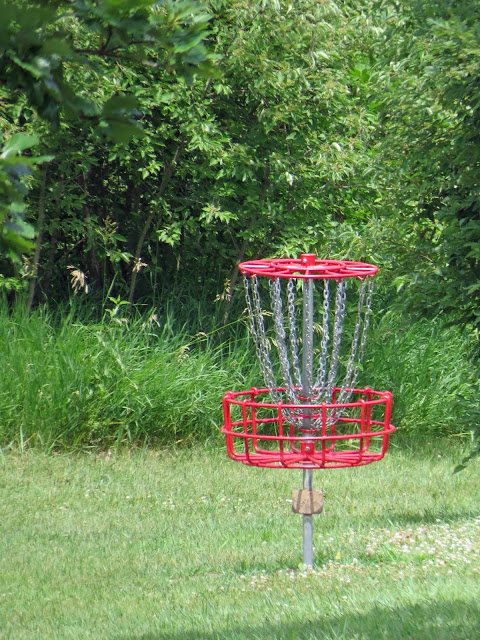 And there's a 9 hole disk-golf course. 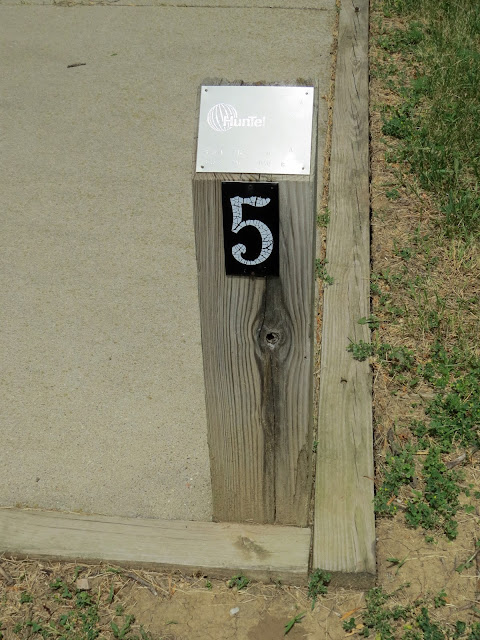 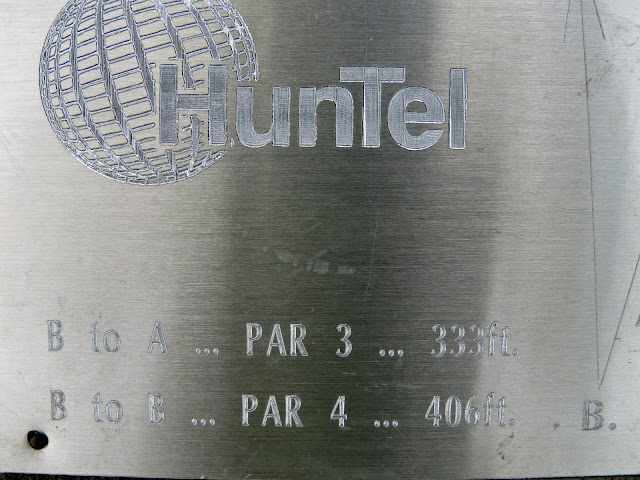 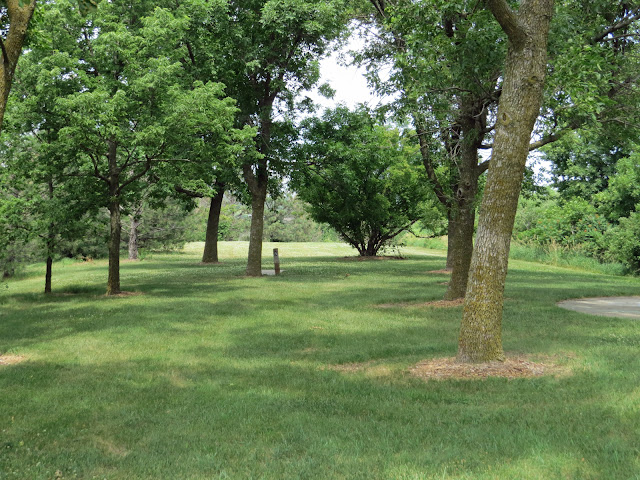 For a city park the infrastructure of the golf course is top of the line with concrete tee's, both men's and women's,  pretty much indestructible information plaques at every hole, well groomed grounds and equally well maintained targets. Even without a bag of Frisbee's over my shoulder, it was a very pleasant amble to walk the course. 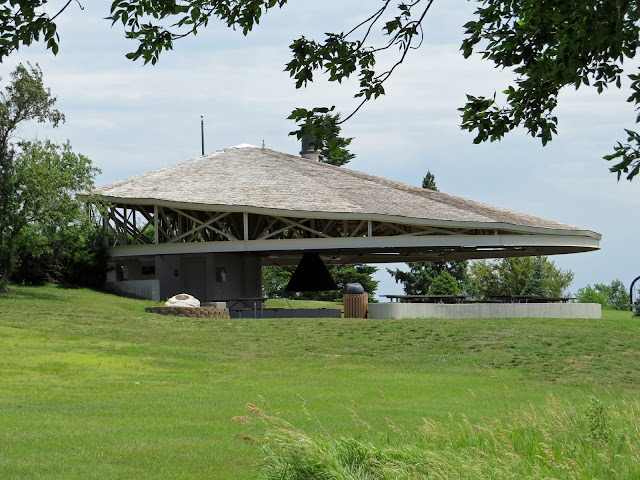 And if a group event is in your future, the park has a really cool pavilion with tables, fire pit (You can see the funnel shaped chimney near the center of the pavilion.) and bathrooms, all under the cantilevered roof 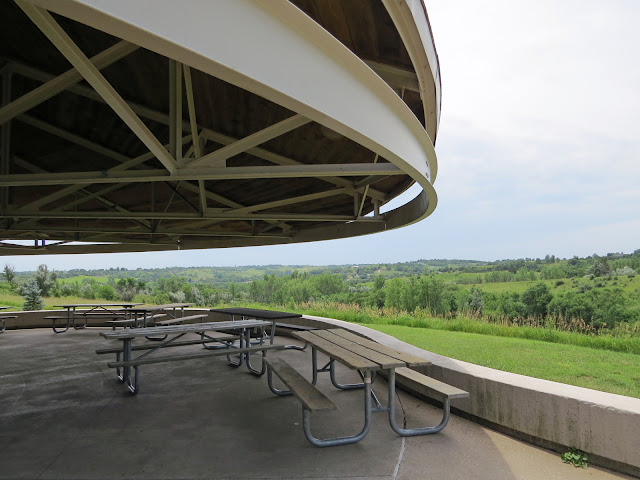 which looks out across the park.

So what's so weird about all that???

Well have you noticed that I managed to take every single photo without getting someone into the frame?? 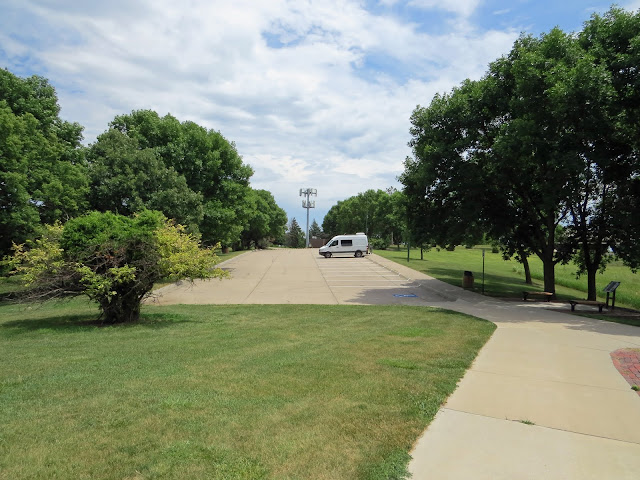 That's because there was no one there, not a single person, dog, screaming kid, nobody, other than me!!

And this is a fine sunny Saturday afternoon we're talking about here!

It's not like the park is isolated either. When you drive up the hill to get here you are going through a residential area with houses and driveways lining the road right up to the turn into the park, and town is right there at the bottom of the hill.

Now you know I'm not one to complain about lack of crowds, but - well - it was a little creepy!!!!