I Think They Corrupted Me!! 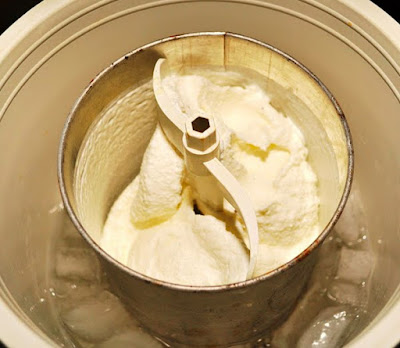 I might not have mentioned it, but at this summer's family get-together one of the gastronomic features was home-made ice-cream.

But however you had it, it was goooodd!

I don't usually eat ice-cream but come on!!! How could I turn down something like that??! 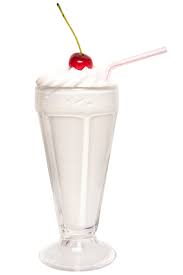 On top of that, at her age Mom has found herself struggling to keep enough weight on her, (Don't hate her! She can't help it.) so, not wanting me to feel left out, on two separate evenings while moochdocking in her driveway, she hands me my very own home-made milkshake, designed to put those healthy pounds on my skinny ass. 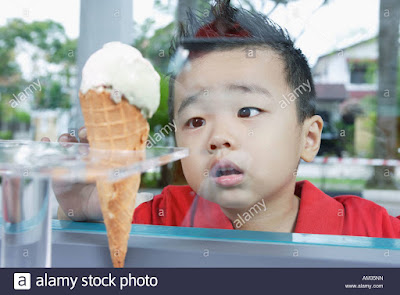 As we wrapped up a long summer day  at Greenfield Village Mom happened to say "too bad they didn't have an ice-cream place in there. I really could have gone for some ice-cream."

The next thing I know Sis, who was doing the driving, was pulling into - well - frankly I don't know where she pulled into, but I got a hint of what she was up to when she said "This place has the best ice-cream!"

If you've been keeping count, that's 4 ice-creams in a week!! (Oh come on!!  I couldn't very well have disappointed anyone by refusing could I??) That's 4 more than I've had in the last ten years!

And I blame what happened later on this well-meaning ice-cream glut.

You see, I was driving along somewhere in Kansas, merrily minding my own business; you know, watching fence posts and cows go by; when I got a sudden urge for ice-cream.

My first thought was well that can't be good, my second thought was hey! Salina is only an hour away and I'll bet I can find an ice-cream there!

Frankly this was not a merry-go-round I wanted to be riding, but urges can be powerful things, and as Salina approached I started scanning for someplace that might have that creamy summer treat. Fortunately the first likely place I spotted was a McDonald's.

Just how can that be fortunate you ask? Because downing a McDonald's milkshake, assuming that it really is a milkshake, seems to have broken the cycle. It's been over two months since that incident and the ice-cream urge appears to have been banished back to the depths of oblivion.

But I guess I should mention that there was one other similar incident on that trip that I can't blame on anyone but me.

You see, somewhere in Grand Island Nebraska I caught a glimpse of an Arby's go by as I was driving and I thought hum, an Arby's classic and curly fries, now that sounds good!


Now I have no idea where that thought came from. I haven't had an Arby's classic for decades, not since my system was young and robust enough to handle it, and the required curly fries, without a glitch. And when I'm traveling on my own like that I never, as in never, eat at restaurants, not even fast food places. The closest I'll come is to grab a bag of mixed nuts at a gas-station once in a while.

Fortunately it was way too early in the day for Arby's to be serving and the thought faded away. But then later, as I was approaching Hastings Nebraska, a tiny little, fence-post type billboard for Arby's drifted past my windshield.

But let's see. 6 miles ahead. Even accounting for reduced speedlimits in town, that's like maybe 10 minutes away.

I was turning off in Hastings to follow an even smaller road, so I made a deal with myself that if I saw the Arby's before my turn, and if it was on my side of the road, I would take it as a sign to stop.

Well there it was, before my turn, but I broke my own deal because it was on the other side of the road, yet I stopped anyway. . . 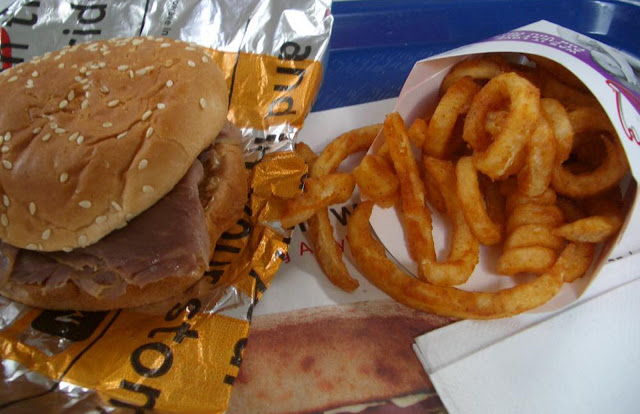