The Lincoln Highway has, over the years, been moved, often more than once.

Back in 1913 at the time when the Lincoln Highway Association (LHA) first formed with the objective of creating a true coast to coast highway, all that was available was a collection of here-to-for dissociated roads in various states of travel-worthiness, and when the LHA started stringing those together to form the transcontinental route, the Lincoln Highway ended up cutting right through the Iowa town of Belle Plaine. 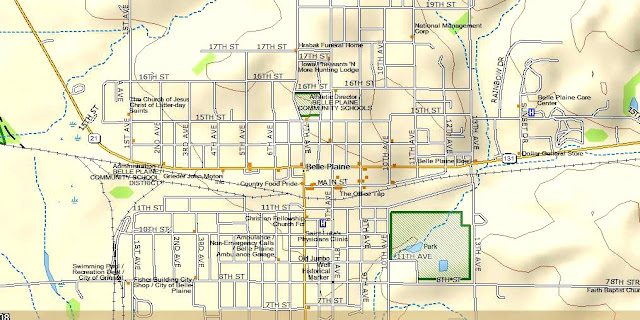 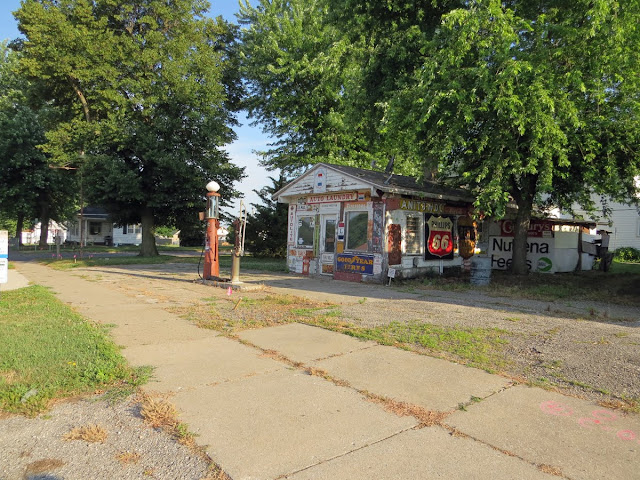 But if you're willing to take a detour, you can still find Preston's Station sitting there right where it was when the road out front was the Lincoln Highway. 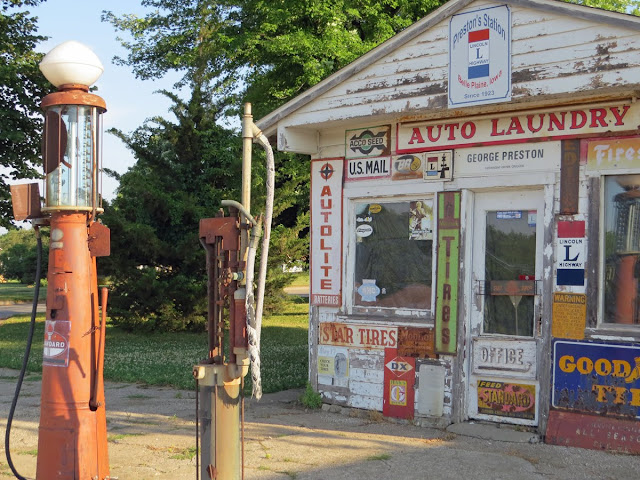 This tiny building was first built in 1912 right on, as it turned out, the original alignment of the Lincoln Highway, up there on 21st street, presumably all the way up there because it was clear of all but the worst mischief the Iowa River to the south of town might get up to. 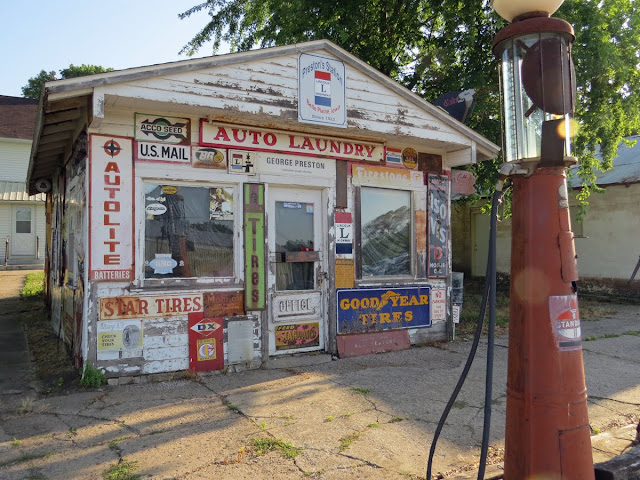 In 1923 George Preston bought the building for $100, renamed it, built a business in it, and when the highway moved to 13th street,  he moved the building right along with it, then built a three room motel beside the station and a home behind it.

Apparently the river had been behaving for a while now and bringing the highway closer to the heart of town was deemed safe. Remember these were the days when highways were considered good things, good for business, good for growth, and good for civic pride, not the evil necessities of today, so having it right in town was desirable. 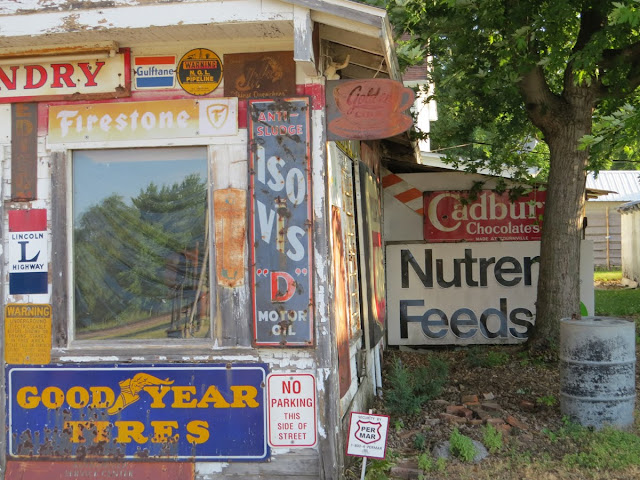 The building is still sitting there on the corner of 13th Street (Also known as SR 21) and 4th.

Over the years it's been plastered over with all manner of old signs and some might think that's what's holding it up now. And maybe they're right, but not in the way they think, or at least not in the way I'd like to think.

I'd like to think it's not so much the painted metal, the physical structure, of all those signs that provides the binding that keeps this, and many other places like it, standing, but rather the memories and dreams behind each and every one of those bits of wood and metal and paint, that it's the determination and sentiment with which the  nails holding them in place were driven, that keeps Preston's Station standing.

After all, this is not just an old building, or even just the marker of an era. It's a life's work. It's the raising of a family, and all the laughter and fear and joy and sorrow and sweat and satisfaction that goes along with that. It's kids bounding in the door after school and the selling of a needed service or goods to neighbors. It's the despair of a traveler with a broken engine, or the peace of mind of a full tank for the next stretch of highway.

There's stories, antecedents, whole books, lurking there in a century's worth of life's echos that have soaked into the boards and beams and rafters of this place, and I'd like to think that's what's actually holding it up. 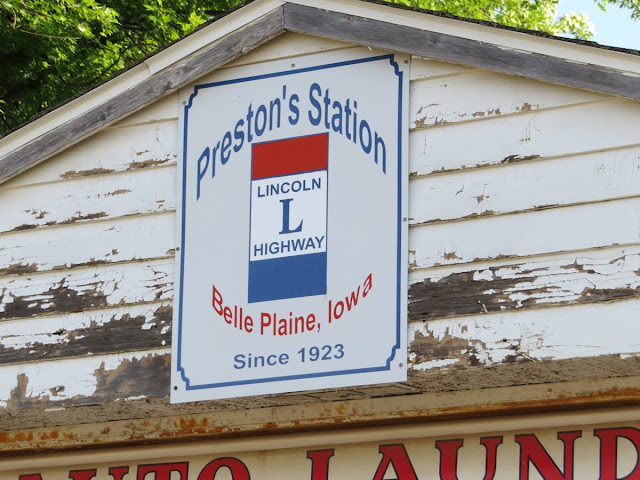 In fact, the highway may have moved on, but up until his death in 1993 George could often be found there at the station, telling tales of the old days.


His granddaughter owns the station now and hopes to leave it as is, if not restore it.

I kind of  hope this piece of history sticks around until I'm history.