There was a time when we all lived closer to the land. A time when paying attention to weather and seasons meant the difference between survival or not.

It was during those times here in North America, long before Europeans turned up, long before it was called November, a time when it was the sun, moon and seasons that marked the passage of time, that this particular full moon was given the title of Beaver Moon, because, along with the last push to prepare for winter, it signaled the time to harvest beaver.

The spring crop of kittens (What little beavers are called) are grown and on their own, the pelts of the adults have thickened nicely for the coming winter but the weather is still warm enough that the critters are still active, the tails are still fat and the meat thick and juicy. Just the right time to take advantage of this resource to help carry through the winter months.

This year's Beaver Moon also happened to be a Super Moon, which is what you get when a full moon coincides with the moon's closest approach to Earth (The moon's orbit around the Earth is elliptical not circular.) Not only was it a Super Moon but it was the closest approach to Earth by the Moon since 1948! (If you average out the moon's orbit, right now it moves about 1.5 inches farther away from the earth every year. Eventually, eons from now, the moon will slow enough in its orbit that it will start falling back towards earth, but by then our Sun will be sputtering out anyway so nothing to worry about!) 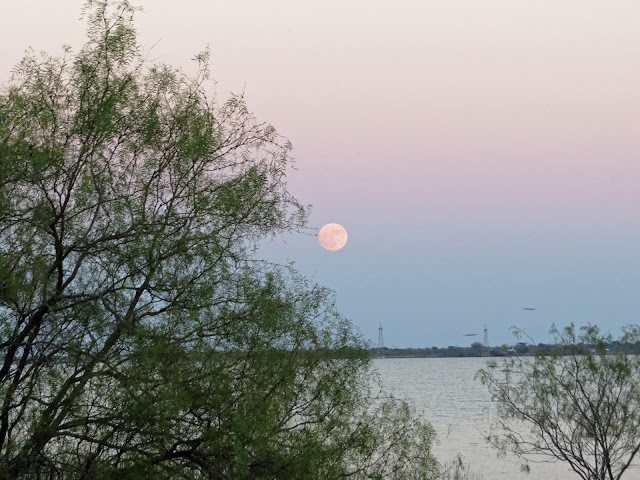 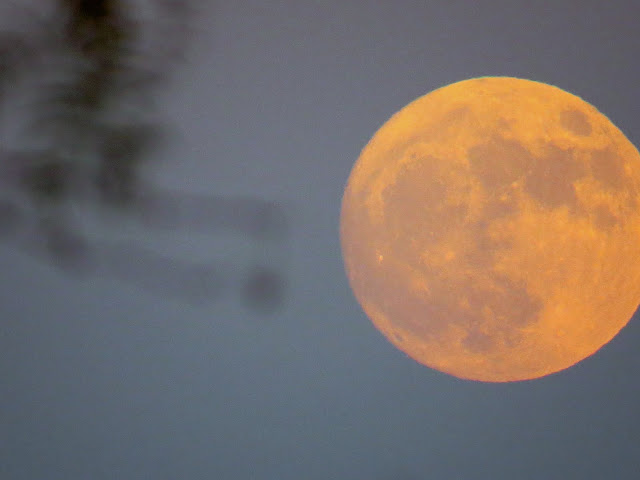 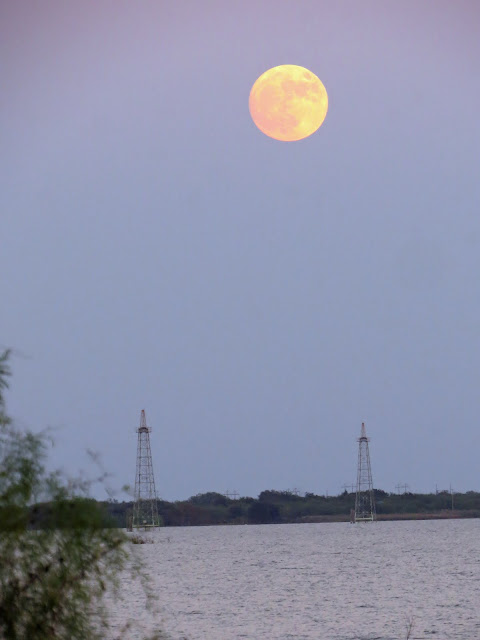 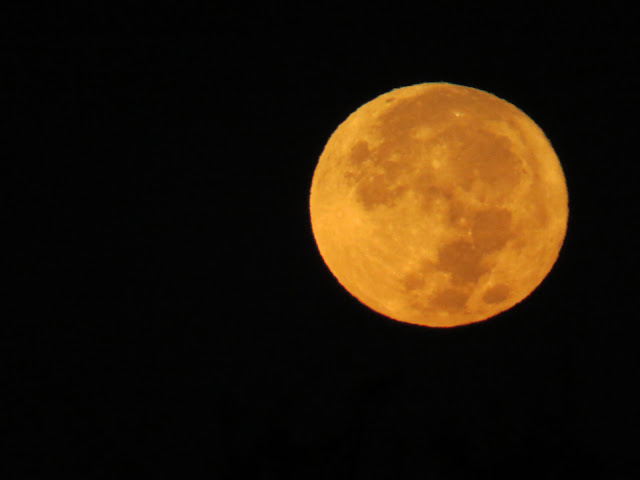 Who needs TV, or DVD's, or even a good book, when a unique show like this goes on for hours??