Tales from the Road: Christmas 1977

Even with myself there, I was alone.

You see it was towards the end of a dark period in my life and in the midst of it, somewhere along the way, the threads of my first marriage had quietly unraveled.

There was some drama involved, that's a given, but our union didn't implode with a crash, or explode with carnage, with thrown crockery and restraining orders; rather it fizzled away like a handful of damp bottle rockets. Like the delicate tracery of a flame touched to a bit of dried grass there was a brief, aimless, almost heat-less flair, and afterwards the ephemeral ashes scattered unnoticed to the lightest of breezes.

It was a marriage born of mid-twentieth century Ozzie and Harriet expectation and fueled by high-school hormones. For the first few years all went as planned, as ordained, though in hindsight (That nasty bitch that so loves to make us feel stupid.) that was probably due more to playing the game and upholding 'obligations' than anything else. After that initial period our union coasted on for an additional few years, feeding mostly on inertia, before finally shuddering to a halt.
﻿
That marriage had been an unsustainable pipe-dream from the beginning and it really did sputter out in the best possible way, but I have never been good at dealing with failure, and at the time this felt like the biggest failure in the history of the world.

I spent most of '77 holed up in a two bedroom apartment with a roommate who's name, for the life of me, I can not remember.

I got up every day and took my DOD Top Secret Security Clearance to my $5.25 an hour job at the shipyard there in Pascagoula Mississippi building brand-new state-of-the-art warships for the Navy. Ships that have all since been mothballed or sold off to other navies. At the end of the day I would come 'home' and, though I honestly have no recollection of what or how I ate in those days, I do remember frequently fuming impotently at my roommate's choice of  what to watch in the evening on my little 9 inch black and white TV before sliding into my sleeping bag spread out on top of a couple of stacked air mattresses in my otherwise unfurnished bedroom.

The shipyard had a lot of orders in the years I worked there, a lot of ships in various stages of construction, and the 25 thousand employees spread over three shifts worked a whole bunch of overtime, me included, but even for The Front Office, Christmas was untouchable, inviolate.

It was on a Monday that year and, though I worked Saturday, I had Sunday, Christmas Eve, off and took vacation days for the following Tuesday and Wednesday.

Saturday night when I got home I loaded up my nearly brand new yellow, (To simplify decision making, Honda offered it only in yellow or red in those days.) 50HP, manual transmission, three-door Honda. (I spent most of the year using a bicycle for transportation while I saved up for the Honda which cost me $3300 out the door, $300 of which I had to finance.)

It was still dark that Christmas Eve morning when I pulled the manual choke and started that little beauty up.

Fourteen hours and 800 miles later I eased stiffly off the road in Homestead Florida.

The entire day had gone by on the other side of the windshield and now it was dark again. This, southern Florida, was uncharted territory for me and up ahead was nothing but HWY-1 hopping and skipping it's way down the Keys, so I holed up for the night in a motel with my Big Mac and fries to wait for daylight to return.

The motel was one of those long, low, one-story cinderblock places, painted blue I think, inside and out. In my mind's eye we were a good match, that cold, soulless room and I. It was about as far away from the, It's A Good Life, Disney Specials, Christmas cookie scented, midnight service going Christmas Eve's that I grew up with, as I could get.

When I packed the car the night before I had included the three or four gift-wrapped presents that had been sent to me from the family home in Michigan and after finishing off the tasteless fries I went back to the car and brought them in.

I sat there on the threadbare bedspread that doubled as a blanket, bare feet resting on the peeling paint of the cold cement floor, the Doppler whine of truck tires on the highway out front competing with the incomprehensible muffled mumblings of the TV one room over.

One at a time I picked up a gift, read the tag, slipped the ribbon off and eased my fingers under the tape, ends first, then the middle, trying to cleanly separate tape from paper, milking the occasion for all I could. 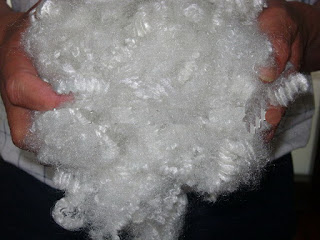 Unfortunately, today I can only remember details about one of those gifts, probably because of the incongruity. (Oops, sorry Mom, I mean because of the love. . .)

Sometime that year Mom had sat down at her trusty sewing machine up there in the north-country and produced a winter coat for me. A big blue, warm, puffy winter coat, stuffed full of high-tech, super insulating hollow-fill, with freeze-proof nylon zipper, high collar that could be snapped up tight under my chin and snug knit cuffs to keep the snow out.


I can still remember standing there in the middle of a South Florida motel room wearing nothing but underpants and that coat. And I didn't cry for all the warm, happy Christmases gone forever.

OK, so maybe there was a tiny little bit of dampness on my cheeks, but then again, Florida is a very humid place. . .

As the sun rose Christmas morning I reloaded the car, including the neatly folded wrapping paper which I, inexplicably, couldn't seem to leave behind, and slinked out of the parking lot about the time children all up and down the eastern seaboard were tugging mom and dad out of bed and dragging them to the present-laden Christmas tree with uncontainable excitement.

Me, I just looked out at the dawn through my solitary windshield and sighed, then turned right and headed for my destination; Key West and the end of the road. (Seemed pretty appropriate.)

Despite the holiday I don't recall it being especially crowded out there on the roads that day, but remember that in 1977 the population of the US was 220 million, almost exactly 1/3 less than what it is today. That's only two tourists in place of the three out there now, only two cars on the road instead of three.

Back then the 130 miles between Homestead and Key West was mostly a relaxing 45 MPH two-lane cruise and I lost myself in the pleasant drive down, watching the unique little towns go by with their brightly colored buildings, many displaying seasonal decorations more appropriately displayed with a backdrop of snow and scarves rather than flamingos and palm-trees, and marveling at the stretches of water and long concrete bridges in between.

But by the time I got to Key West I was so used to watching the world go by without me from inside my little yellow bubble I just couldn't talk myself out of leaving that protective cocoon. I couldn't risk breaching that glass and steel barrier between me and the real world. I was allowed to look, but not touch. I was allowed to watch normal life going by, but could not participate.

So after cruising a few of the streets to make my visit official, though I'm not sure that logic actually holds up, I found myself right back on HWY-1 heading the other way, my only actual stop in Key West being a traffic light or two. 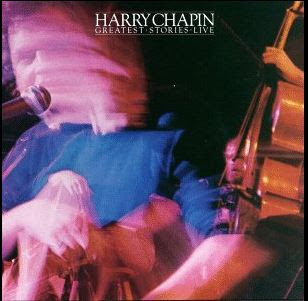 Behind the wheel of my little yellow Honda I was disguised as just another merry holiday-maker out there on the way to Grandmas' house, but instead of Bing Crosby's White Christmas I had Harry Chapin's Greatest Stories Live album blasting repeatedly from the cassette player (The album was released just the year before but this was already my second copy, having worn the first out to the point where the tape stretched and the player ate it.) 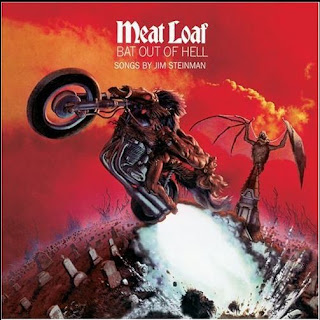 alternating, appropriately enough, with young love gone sideways in the glow of the dashboard light from Meat Loaf's nearly brand new Bat out of Hell.

I knew every word of both albums and sang along, badly, desperately, as I tried to keep the world out there on the other side of the glass.

I tracked my way back up the Keys, across the Everglades on the Tamiami Trail, and up the west coast of the state, until I finally ran out of daemons, and steam, somewhere around Gainesville.

It sounds pathetic now, but truth is it was a place I, and I alone, put myself. Starting with a choice made many years before and followed by subsequent circumstances and decisions that led me to where I was that Christmas day.

But for me road trips are great therapy, so my recollection of that day is more of a strangely comforting melancholy than crushing depression. And in the big picture it was just another stepping stone along the way that I had to put behind me, and it was far from the last shaky step I would take as I build a life that eventually turned out not to be too shabby.

Not too shabby at all.

and I was going to survive. 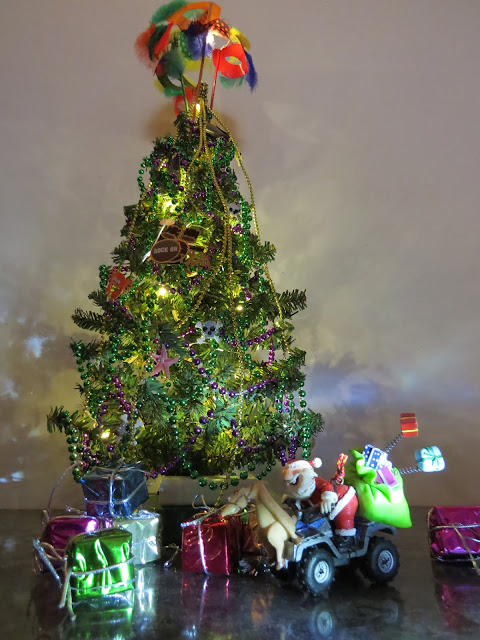 And to all, a good night.