The winds of yesterday which made my trip up the Caprock Trailways on the Quad-B so arduous continued unabated through the night (And wouldn't let up for two more days.) They would soon be switching around and coming out of the north, but that wouldn't happen until later today. 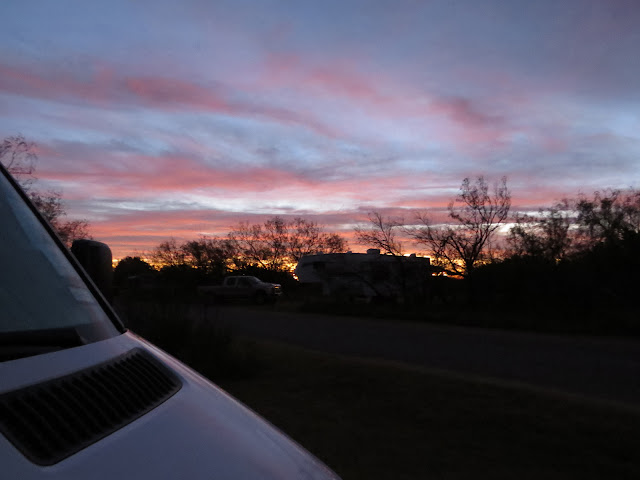 In the meantime those southerly to southwesterly winds blew some moisture in from Mexico overnight which painted the sky, which up until now has been crystal clear, with some clouds that made this morning's sunrise a little more interesting than it had been for most the week. 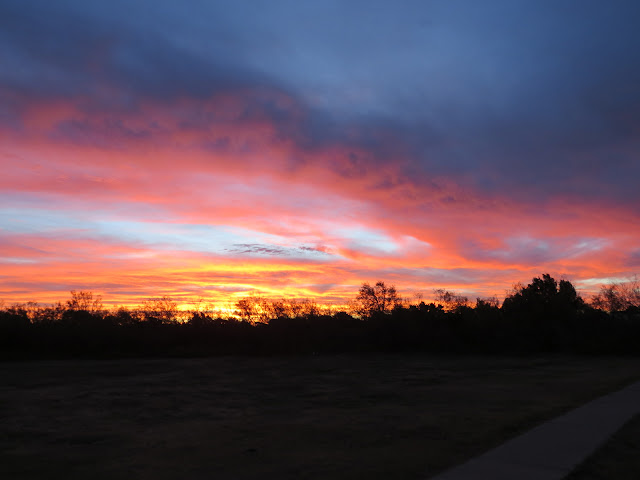 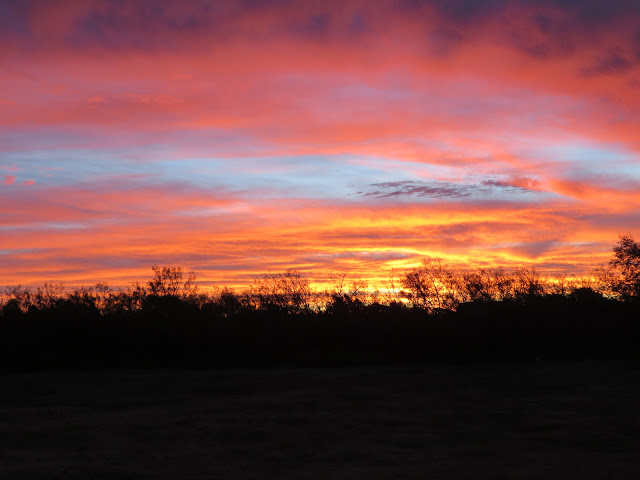 Things got even more interesting when I headed over to the bath-house for - well - you know. 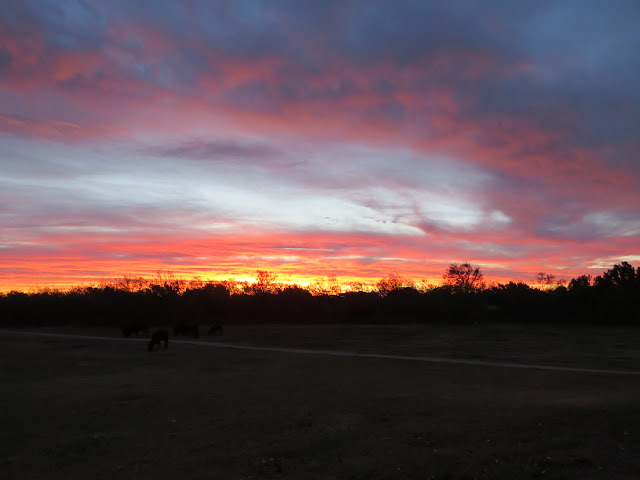 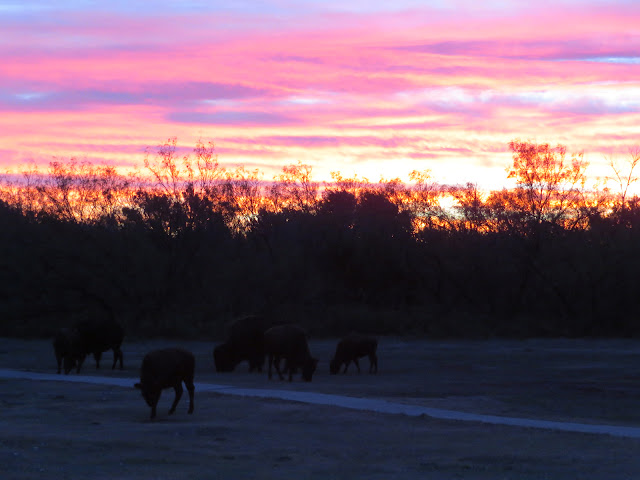 and found some other early risers hanging around between me and there. 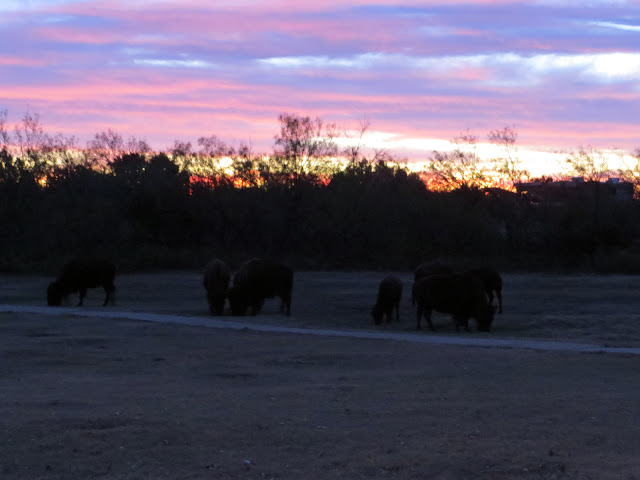 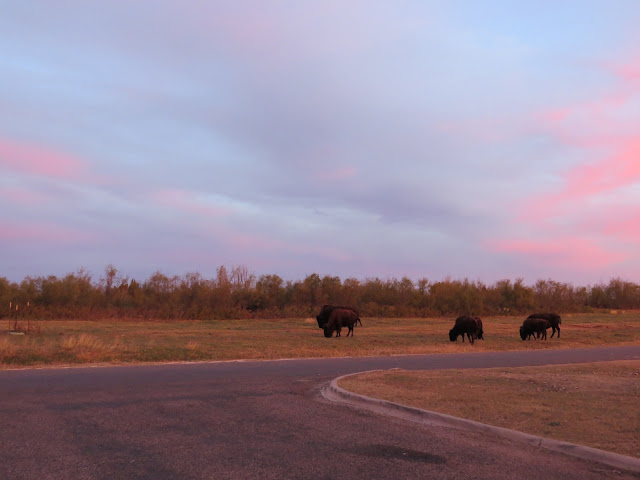 In fact,by the time they ambled slowly across the road and cleared the way for me to make an urgent dash to the facilities the sun was up over the horizon. Even with the unexpected kegel exercises and impromptu gotta-pee dancing; not a bad way to start the day!