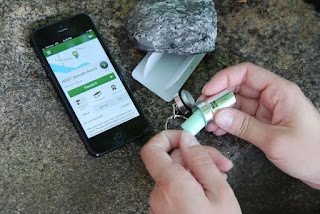 You would think geocaching would be right up my alley. Take exploring the outdoors, throw in a treasure hunt and a little mystery, add a touch of tech and what's not to like!

I've tried it out a few times. Looking up some caches in the area where I'm going to be tramping around anyways I've carefully written down the coordinates and hints, (Cell service to access the web sites is often non-existent where I'm wandering.) I've scrutinized my maps, stumbled around with my eyes glued to the GPS attempting to make the jumping numbers settle to the right spot, tried to decipher the clue(s), and I've actually found a couple caches, but for some reason the whole sport just hasn't taken hold with me. 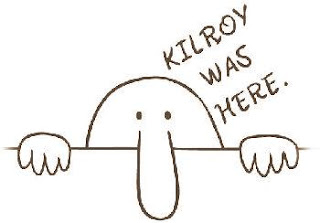 It could be that I find myself getting distracted by what's around me and forget to keep track of the little gadget with the LED screen that's supposed to tell me where I am. It could be that doing the research and deciphering the clues is too much like work. Or it could be that I'm not much into the whole Kilroy-Was-Here thing with signing logs and making web-site entries, (Remember Kilroy? He popped up during WWII and my dad had a book of some WWII cartoon solder always getting himself into trouble that I can remember looking through several times and Kilroy was always popping up in it.)

Whatever the reason, geocaching just isn't my thing.

Which is why, when I wandered off trail in Copper Breaks to find a better vantage point above the Pease river 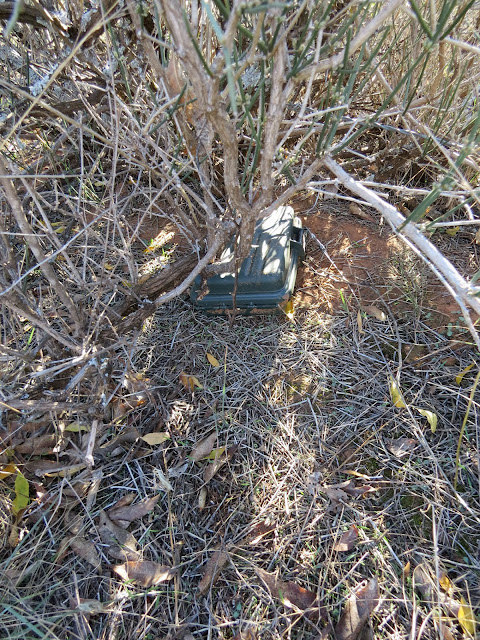 and spotted this tucked up under some brush next to a fence above the river I thought 'Oh man! Some poor fisherman lost his tackle box climbing the fence' That sucks!' 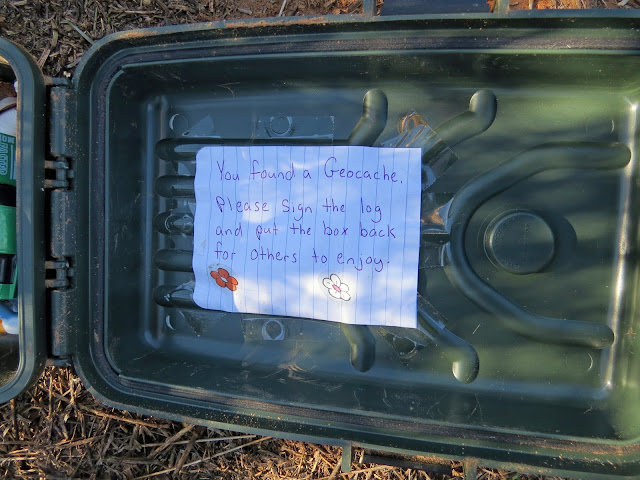 Geocaching never occurred to me until I crawled under the brush, drug the box out into the open and peeked inside. I guess I was expecting dried up worms or something and was actually slightly disappointed.

I know, I know, now days its considered lazy or uneducated to say drug instead of dragged since drug is not the official past tense of drag, But I grew up using words like drug and hung and a few others like that as past-tense verbs and no one said a thing about it so now it's ingrained. Saying I hanged the Christmas lights may technically be correct but it just sounds so wrong!

Of course this just shows off my hypocrisy since I'm a stickler for proper use of language in other areas. Don't get me started on that ridiculously misused  'I don't believe in - - -' phrase. I don't believe in ghosts; Ding Ding Ding! Correct! (Even if there are ghosts, in this case the usage is correct.) I don't believe in violence; Blaaaat! Wrong! Unless you really don't think there's any violence in the world. In that case you have bigger problems than language usage.  Oh, and by the way, there is no such thing as a natural disaster, there are only the same natural events that have been occurring around here for billions of years. True, sometimes the results of a natural event are not something we would have wished for during our brief spark of existence on this earth, but it's still just a natural event. In fact without volcanic eruptions, earthquakes, floods and weather events this earth wouldn't exist as we know it in the first place, and neither would we. (. . . Oh crap! I guess I got started anyway, all by myself. . .) 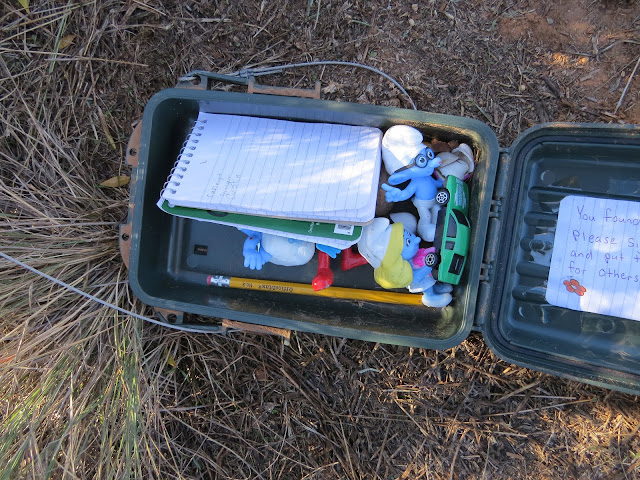 And no, I didn't sign the log before I closed up the box and tucked it back where I found it.

Even if I was so inclined to leave my own personal bread-crumbs strewn about I'm pretty sure it's against the rules to count coup when you just accidentally stumble across a cache. . .