Am I Slowing Down??


The other day I was doing some miscellaneous stuff around the property, nothing too ambitious. Just cleaning things up, re-potting a few plants, creating a little nook-in-the-trees for one of our benches; that sort of thing. 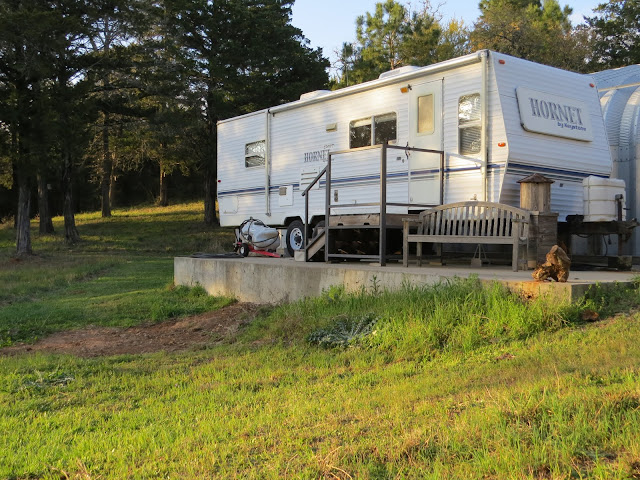 At one point I caught myself walking around the long way and using the slope rather than taking a shortcut and making the two foot step up onto the RV pad. This was a little counter-intuitive since, for some reason I can no longer remember, I was in a rush, which left me wondering if the current me, the Geezer Card carrying, eligible for Social Security, only two years left until Medicare, me was moving slower than the more youthful me of the past. You know, like last week. . .

This is an important question because fathers must be ever vigilant that their sons do not surpass them, (OK look, I don't make the rules, that's just the way it is. On the last walk my Dad and I ever took together he had that walker really clicking and clattering as we went farther, and faster than I ever expected and I'm convinced it was that father - son rival thing kicking in for one last hurrah.) but then I remembered that I don't have a son to out walk, to out do, so what's the big deal??

I do have a daughter, but because of the wisdom and experience that comes only with age I was recently able to give her some financial advice that was received with enough enthusiasm and gratitude that I walked away strutting like a peacock.  - - -  Oh yeah, still got it!!

But to answer the original question; am I slowing down?  Hell yes!!! I mean what did you expect? I don't have a Basil Hallward portrait of myself  hanging on the wall in the parlor, (He's the character that painted the Dorian Gray portrait in Oscar Wilde's one and only novel.) nor am I some sort of F. Scott Fitzgerald's Benjamin Button aging backwards. So yeah, I'm slowing down.

I can still knock out back to back 10 mile hikes on successive days, but where I used to do such a hike in the morning and still put in an active afternoon, now I make a day of it and spend more time in the evening just kicking back and chilling. I can still pick up a teak bench and carry it across the field by myself, but where I used to just snatch-and-go, now I'm more aware of the frailties of the human back and pay attention to just how I lift. I can still get up off the ground without using my hands (I read once that that's an indicator of your overall physical conditioning.) but, while it used to be something I did automatically, now I find myself thinking about it first.

It just so happened that over dinner on that same day The Wife asked, "If we had a time machine that would let us go back to our youth what would you do different?" It only took me a moment to come up with my answer. "Get my degree in biology (Wildlife and environmental degrees didn't exist back then.) and work in habitat restoration and management for the Texas Parks and Wildlife Private Lands and Habitat program." I would still be doing the planning and problem solving that I'm good at and using it doing something I was made for (Those aptitude tests we took in Junior High said my top three career choices were Forest Ranger, Forest Ranger or Forest Ranger. . .) and all without the high stress of the high-tech route I did take. True I wouldn't make as much money, but then The Wife intends to use her 'inside knowledge' to make a killing in Houston real-estate, (Which would make her Houston's Donald Trump but I'm not dumb enough to point that out!!) so we'll be fine.


But let's get real here. By definition wisdom and youth just don't go together. Wisdom is the carefully amalgamated result of an individual's experience and knowledge, two things of which can only be acquired through time, so even if we could go back to our younger selves, we wouldn't be taking that hard-won wisdom with us, and frankly I've reached the stage where I'd rather have the wisdom than the youth.

Now where the hell did I leave my reading glasses??