After being chased down off the mountain by icy winds

I spent much of the day holed up alongside the town's long narrow Alameda Park waiting for The Daughter to get off work. 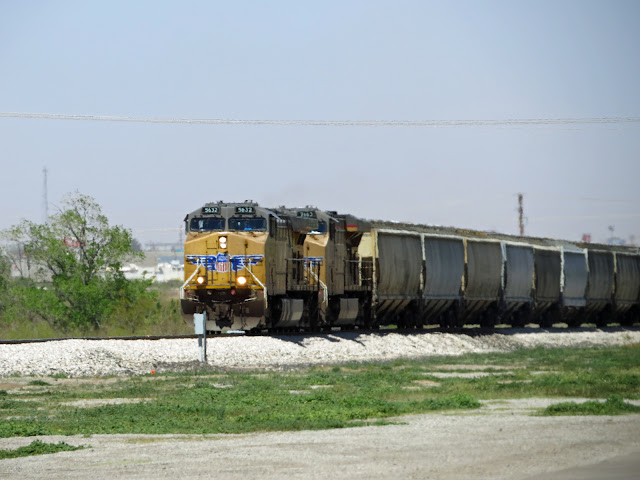 This park is a thin strip of land pinched between US70 on the west and the Union Pacific tracks on the east.

The wind was just as vicious down here as it was up in the mountains, but Alomogordo runs a good 20 degrees warmer than Cloudcroft, I had shelter, I had food, I had plenty of magazines and books, 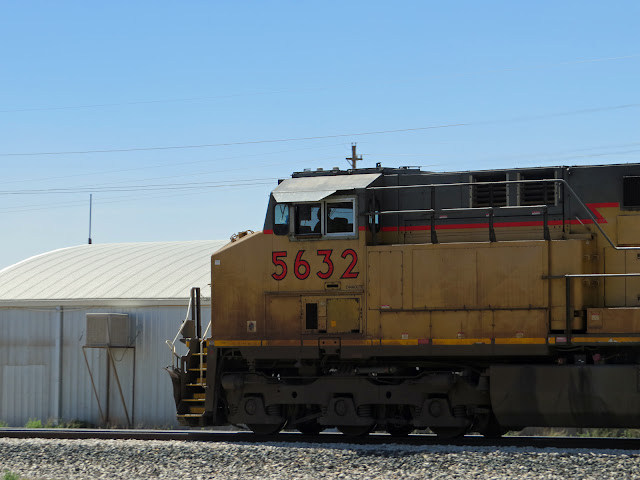 and the tracks were busy! (I hope you appreciate how much restraint I'm showing here in limiting train photos to just these two!)

So I was happy.

(I hope you appreciate how much restraint I'm showing here in limiting train photos to just these two!)

We, The Daughter and I, hooked up as planned that evening then Wednesday we made a marathon trip to Tucson and back to take care of some business. Thursday The Daughter, after putting in a few hours at work, had to go down to El Paso to pick up yet another visitor flying into the airport, so when she left for work that morning I headed south a dozen miles or so to Oliver Lee State Park to get out of the way until the next morning. 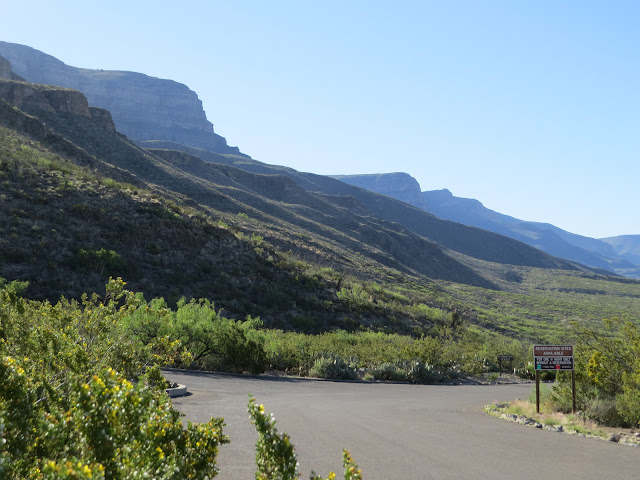 Oliver Lee is snugged up tight against the Sacramento Mountains 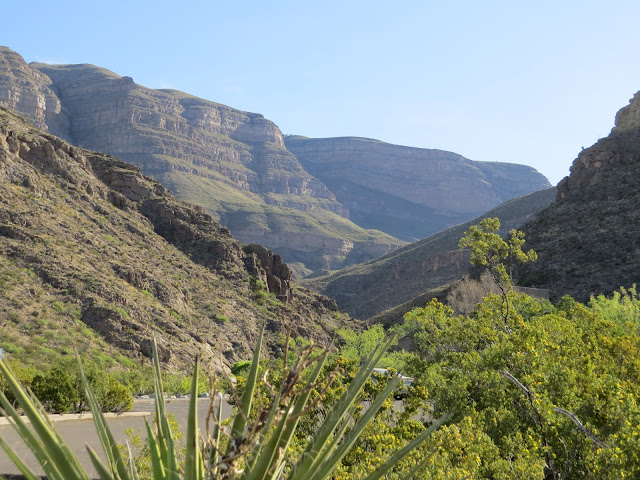 and sits at the mouth of Dog Canyon.

There are actually a number of Dog Canyons in this corner of the world, so don't confuse this Dog Canyon with the one at the north end of Guadalupe Mountain National Park. 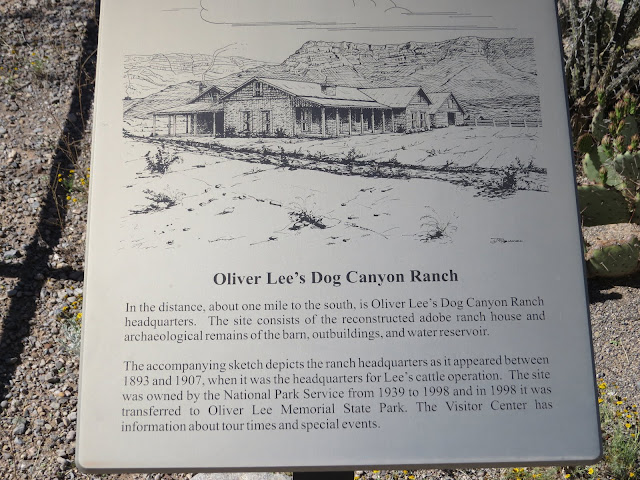 The park is named for Oliver Lee, rancher, Deputy US Marshal, politician, and accused murder who settled in near the reclusive Frenchy's homestead because of the reliable water supply coming out of the canyon.

The murderer part came about because he got caught up, on the 'wrong' side, in a range war instigated by the same power brokers and politicians that sparked the Lincoln County War. Despite working to break up the corrupt political machine that was trying to control the state, which garnered him plenty of enemies, he was later acquitted of murder charges and went on to serve in the State Senate. 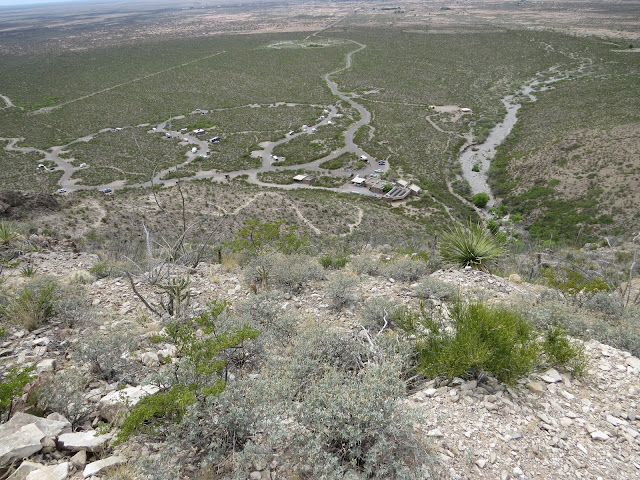 As for amenities, there are both water/electric and developed sites, some of each have shelters over the picnic tables, there's also a vault toilet on the south-loop (Left side in this photo.) a bathhouse with flush toilets and showers located on the central road between the two loops, and a dump station. (Configured so most should enter from the downhill or inbound.)

I was told that if you are first into the showers in the morning you need to push the spring-loaded faucet in the shower and let it run out (Maybe 30 seconds) a couple dozen times or so before the water will eventually get warm. I don't know if that's true or not since I only needed to mash the button 5 or 6 times per shower and any more seemed like a sinful waste of desert water. Besides, dermatologists say cold showers are good for your skin, will shrink your pores, and make you beautiful, and, as most everybody will tell you, I need all the help I can get in the beauty department!!

The campground itself sits on top of what was Frenchy's operation right at the mouth of the canyon and has the usual New Mexico State Park mix of $10 developed sites (with fire-ring and table) and $14 electric sites. 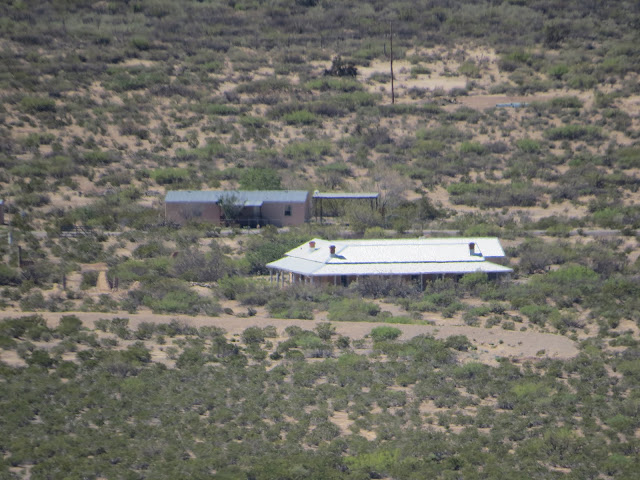 while the restored Oliver Lee ranch-house and headquarters 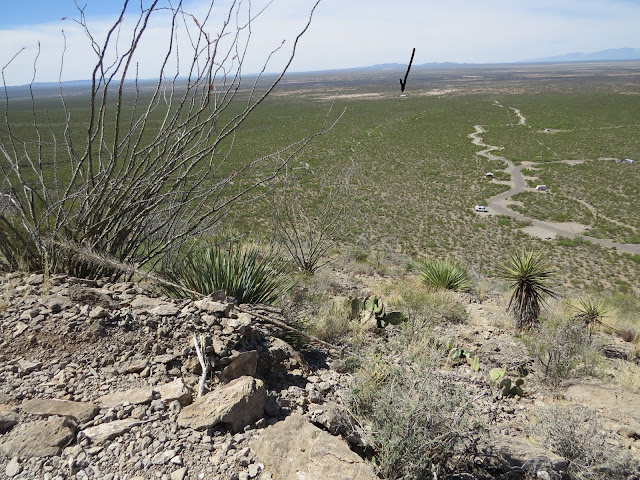 sits a ways further out there under the black arrow. (Guided tours leave the visitor center at 2 every afternoon. Bring your own transport and follow the ranger down the dirt road.) 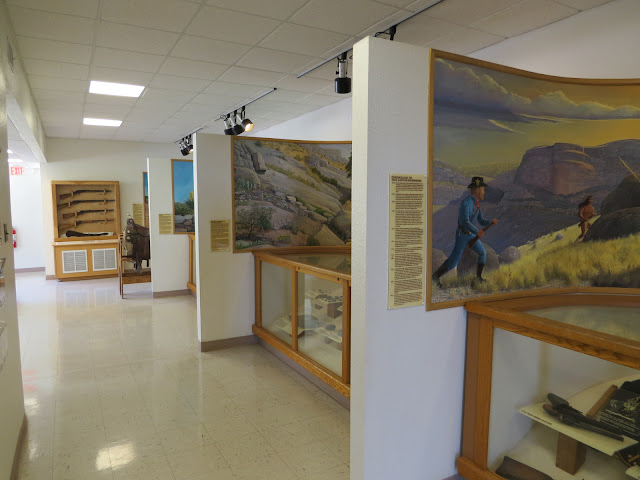 The visitor center also has a bit of a museum in it that I suspect, based on the fact that they had to turn the lights on for me, is underutilized. It covers everything from the geological formation of the area, early inhabitants, through the 'Indian wars', and up through the Oliver Lee ranching operation. 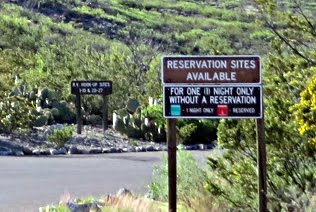 Not all sites in New Mexico State Parks are reservable, leaving some available for first-come occupation. And most the parks have an interesting system for the sites that are reservable. If a site has not been reserved by an afternoon cuttoff point then the red marker on the post that designates it as a reserve-site is covered with a green marker that means you can have the site but for one night only.

I don't know if it was this park or just the current park host not keeping up with it, but the green markers were never put out while I was here even though it would have been handy on a couple of busy nights. 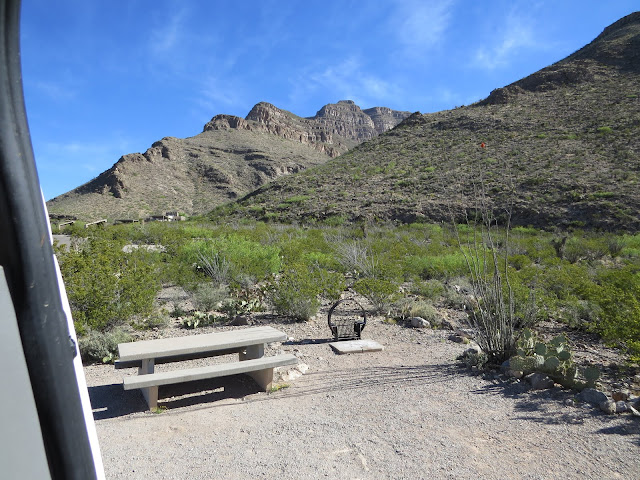 But on a Thursday, even though I got there before most departing campers would have vacated, I had no trouble snagging one of the well-spaced and large, if not terribly level, developed campsites for myself. And I still had plenty of time left over to get myself into trouble.


But I'll get to that, the trouble part, in the next post.