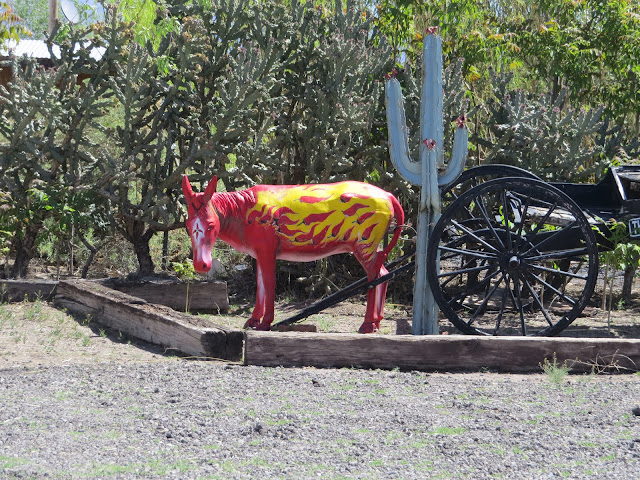 If you drive north on US 54 about 30 miles out of Alamogordo there's a right turn onto County Road B30. (Bottom left corner of the map below.) If you see this poor, highly embarrassed donkey tucked in beside a building on the right you just missed the turn. (OK PETA people, don't get your panties in a bunch. It's a fiberglass sculpture.) 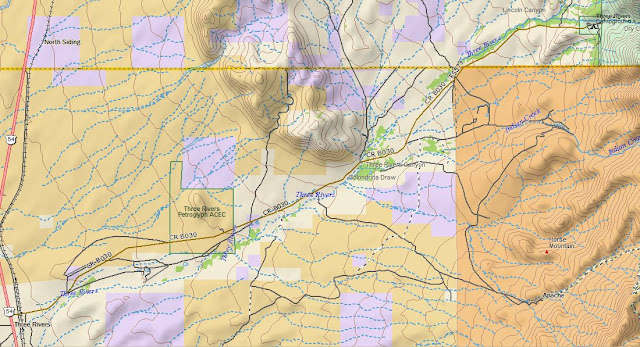 If you make the turn then drive over the rr tracks and stick with that road for about 13 miles and 2000 feet of elevation gain, just clipping the southern end of a ridge-line and a corner of the reservation along the way, at the end of the road you come to Three Rivers Campground. (Top right corner of the map above)

This is a National Forest campground with 12 sites, water, trashcans, and vault toilets. (Motorcoaches don't bother as the max length is 26 feet) Oh, and apparently cell service is quite good at the campground due to towers on a ridge to the west.

For entertainment, in addition to the river there's trails in the area, but this is the White Mountain Wilderness and the trails tend to be uphill when outbound, to the tune of about 1000 feet per mile! 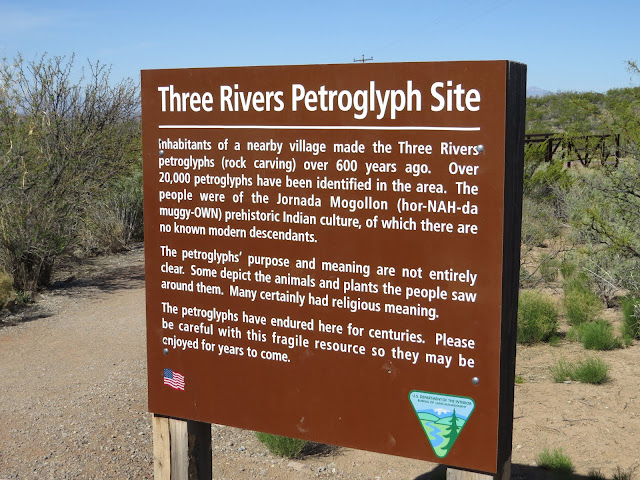 So if that's not your thing, about 5 miles after turning onto the county road the Three Rivers Petroglyph Site is on the left.

Don't confuse this with the Three Rivers Petroglyph National Monument in Albuquerque. The site I'm talking about is a BLM site in the Tularosa basin.

It is a fee site but a geezer card takes care of that so I don't know what how much it costs and the BLM is, and I quote "currently working through a website transition process, and we appreciate your patience! The recreation information on the BLM’s website will be launched in the coming months".so I couldn't look it up on-line. 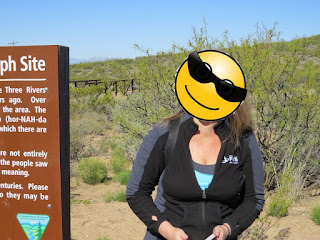 
The Daughter was photo-bombing again. . . 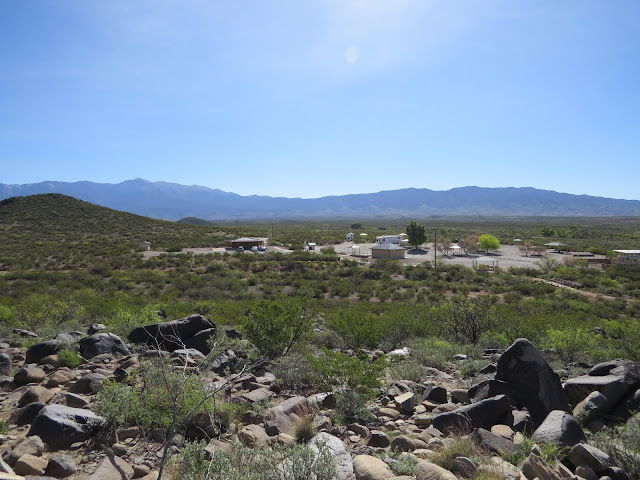 There's a visitor center, there on the left, flush toilets in the building just right of center, picnic tables, and a couple parking-lot style campsites. 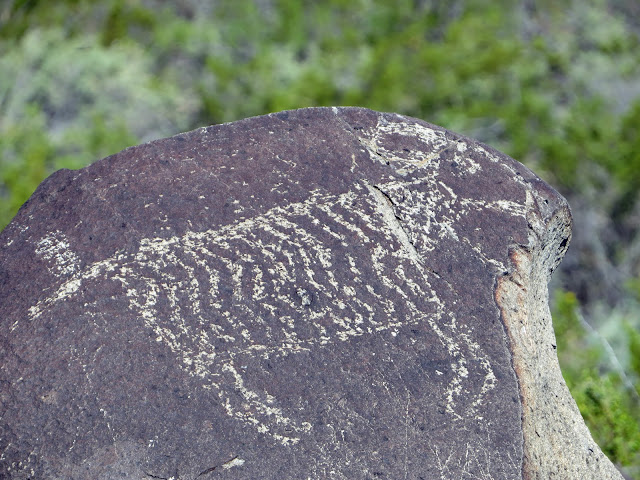 And, of course, a few petroglyphs. Over 21,000 of them!! all pecked into a fairly small basaltic ridge thrusting up out of the basin. (The trail is just over a one mile round trip out to the shaded rest area and back.)

Best guess is that these date from the time of the Jornada Mogollon people. I once read that anthropologists, using data from digs worldwide as well as more modern studies of isolated Amazonian tribes, estimate that prehistoric, pre-civilization, peoples spent 3 to 6 hours a day on obtaining and processing basic needs and the rest of the time resting and playing. Given the amount of graffiti up here on this ridge I would have to say they are right! 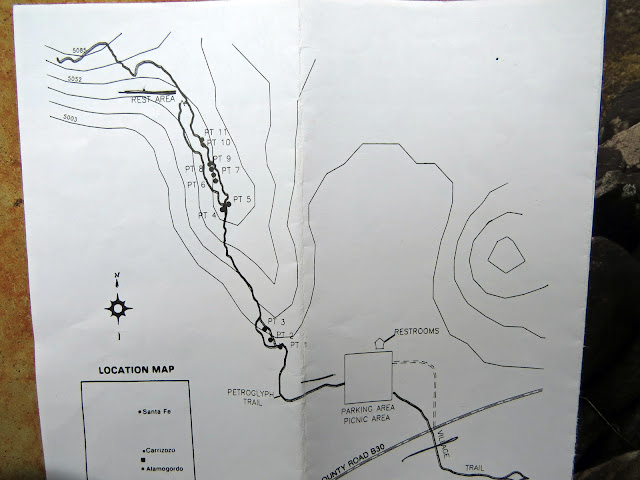 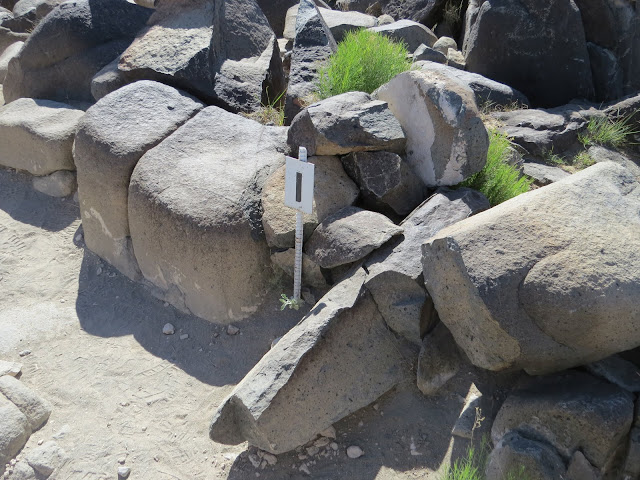 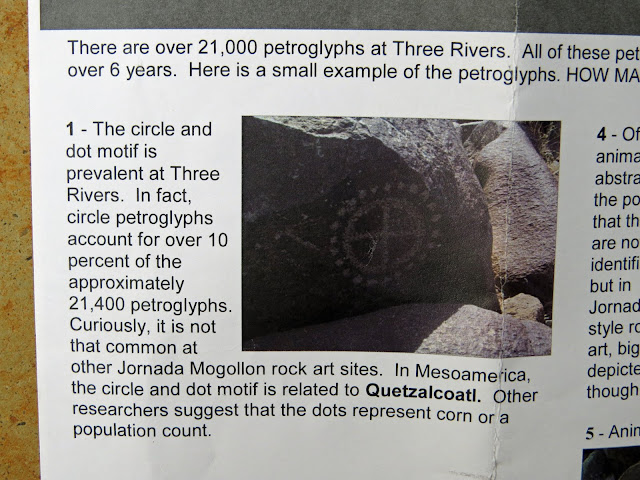 and information in the guide. 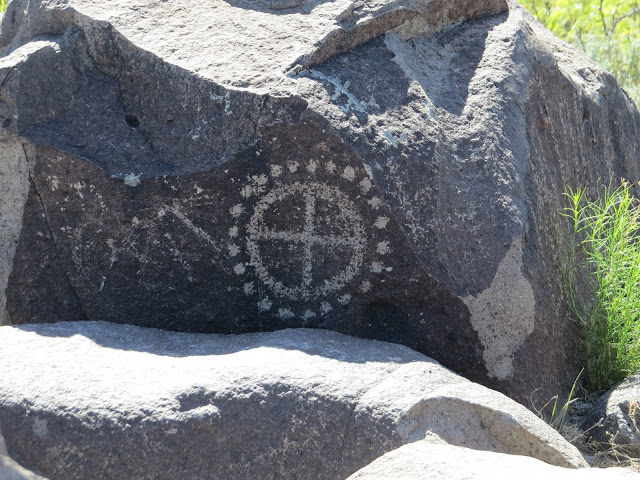 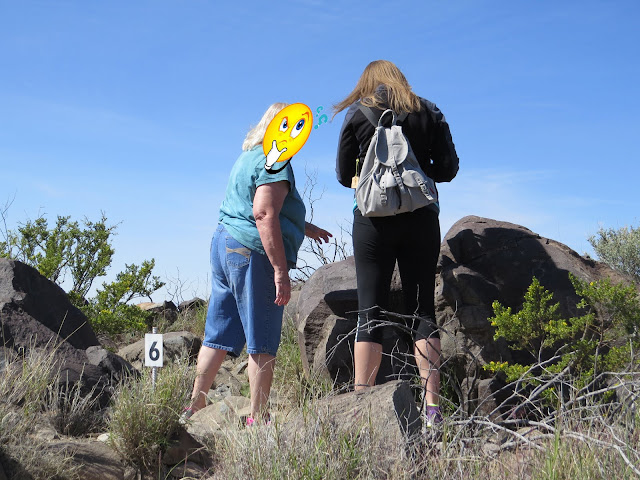 The trail isn't a flat, paved, stroll in the park, but it isn't all that rugged. 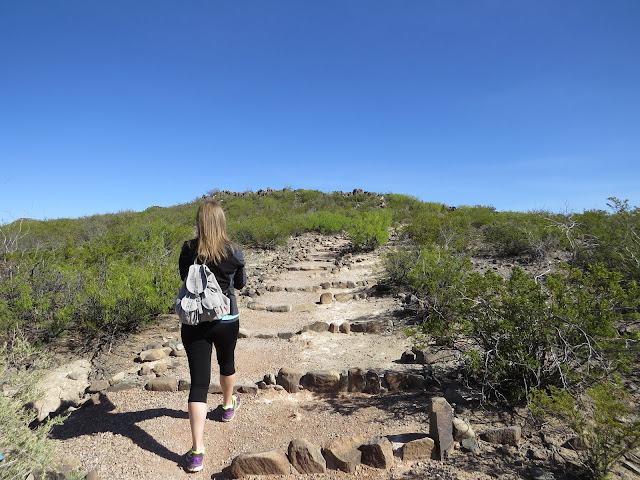 If you can handle a couple flights of stairs 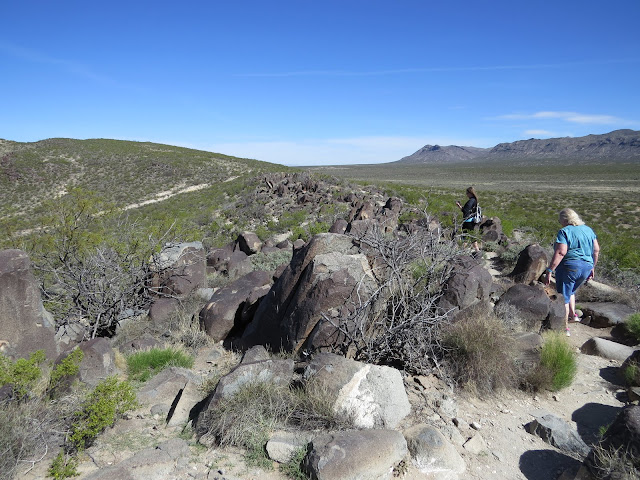 you can handle this trail just fine. 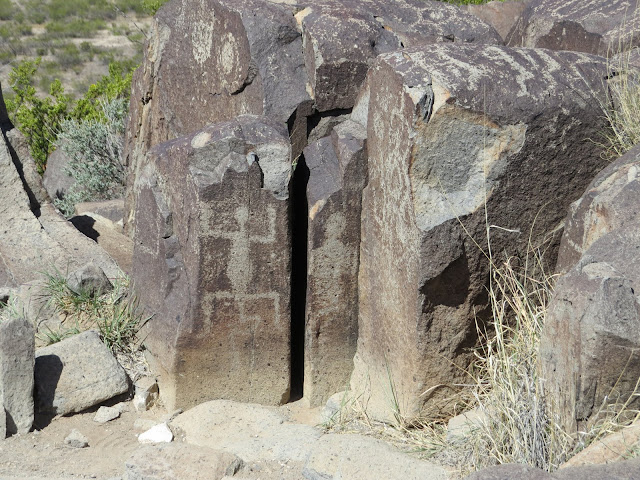 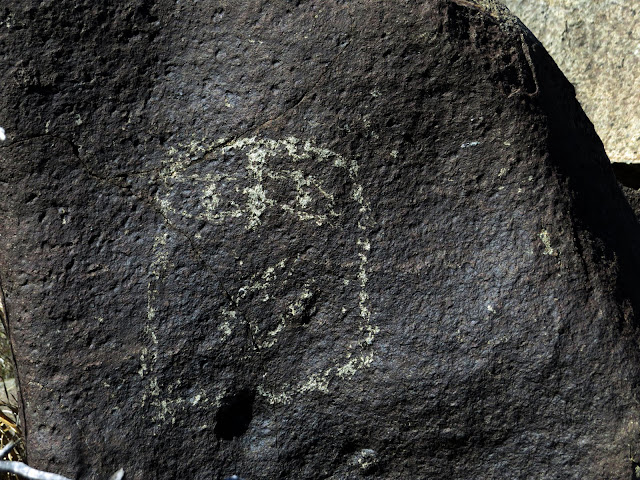 Apparently even pre-historic people had some rough mornings 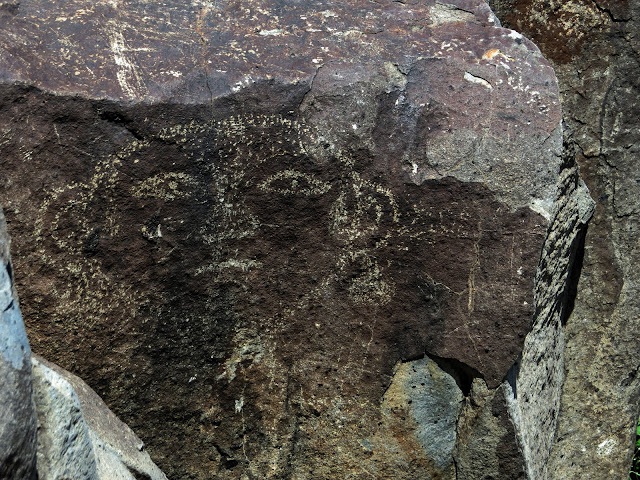 and had to put their face on before going out in public. Note the earrings. 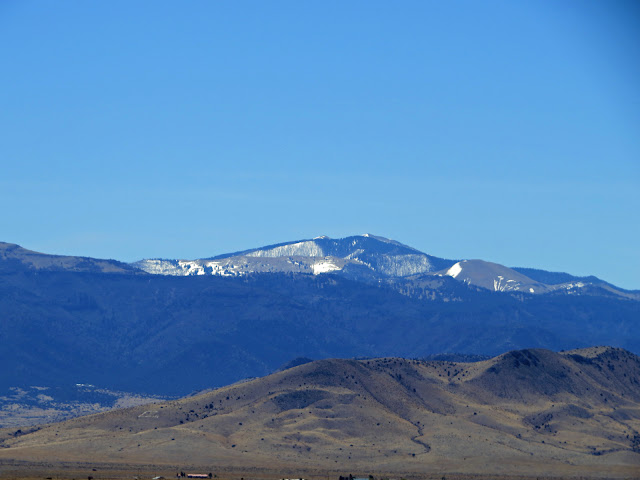 Between 200 AD and around somewhere 1500 AD (When the Spanish turned up and the Mogollon disappeared, probably due to European diseases) a Jornada Mogollon man stood right here where I am with his basic, and to us primitive, tools in hand, yet when he looked out across the arid basin to the base of Sacramento Mountain escarpment, and up through the pinon-juniper zone, followed by the pine-oak then fir-aspen belts, then the spruce zone and finally the 11,000 foot peak we call Sierra Blanca today, what he saw was everything he needed to survive, and even thrive, in this land.

That must have been a powerful and satisfying feeling.