The Fawn Drops In For Another (Reluctant) Visit

As predicted a couple weeks ago when I posted this, that was the last sighting of the fawn for a while. Mom continued to turn up most days looking for a handout, but only after tucking the fawn away somewhere first.

In fact she started turning up several times a day and if I wasn't at my computer station (In the bottom left corner of the photo you can just a sliver of the mat I have down in front of the shelf I use as a stand-up computer desk.)  she'd start looking for me.

She tried using that 'nursing-mom' excuse on me but corn to deer is like candy-corn to kids. More than just a little treat now and then is just not good for them, so I had to pick up some proper deer-feed because if I don't throw a handful of something out she will just stand there about 15 feet away and stare burning little holes in the back of my head. (This will continue for another month or so but then she'll rejoin her sisters, cousins and nieces/nephews and not come around so much until she's near-term with next year's fawn.) 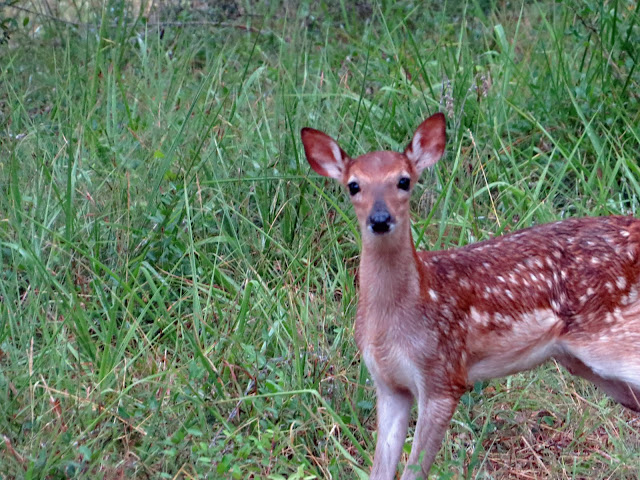 Even though this pattern of one single visit shortly after birth then nothing for a while is common, I still had to start wondering if the fawn survived. They are such tiny, delicate little things and we have our share of  coyote and bobcat around here.

Then yesterday I turned around and we were both surprised. Me pleasantly, the little one, not so much. 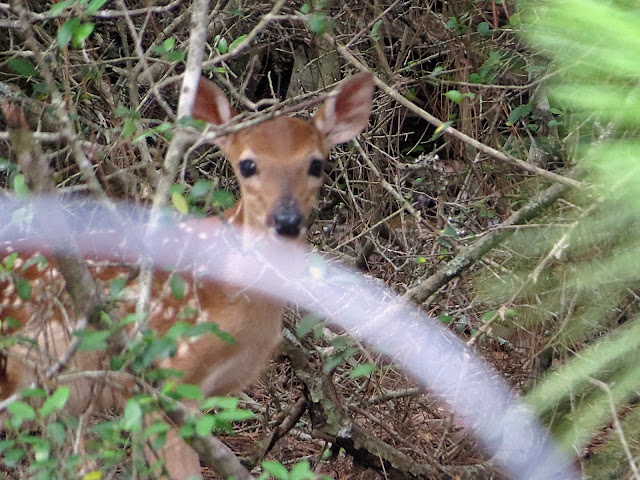 After a quick, gangly scramble the little one stopped to scope things out from the security of the brush-line. 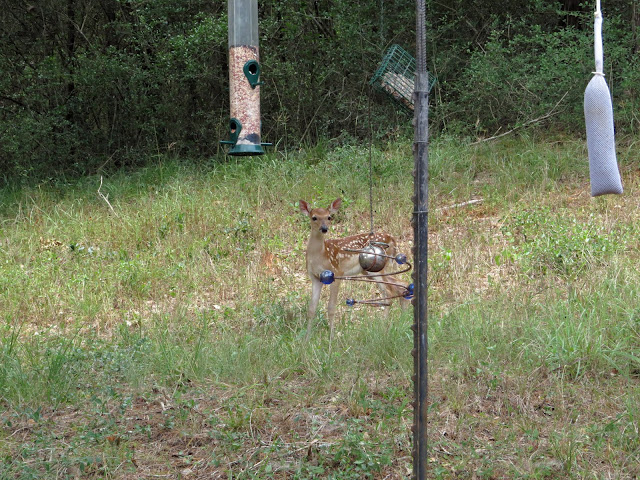 As long as I stood still it would give into the momma urge and move closer, but this was about as close as he/she could stand. 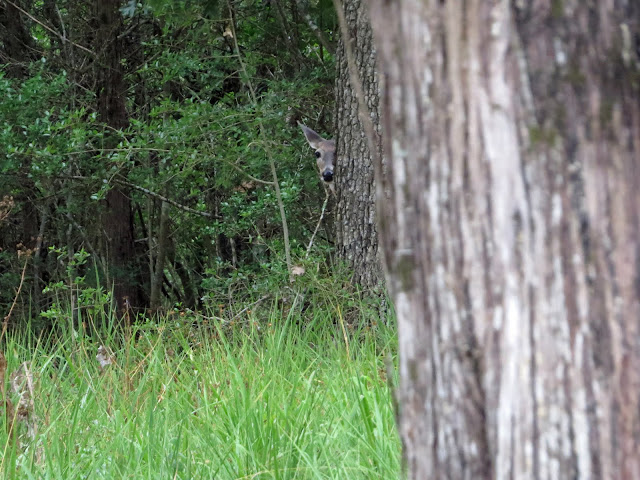 While mom was still not all that shy about coming down to the feeders for whatever I tossed out, some of the little one's wariness seemed to rub off on her at times. 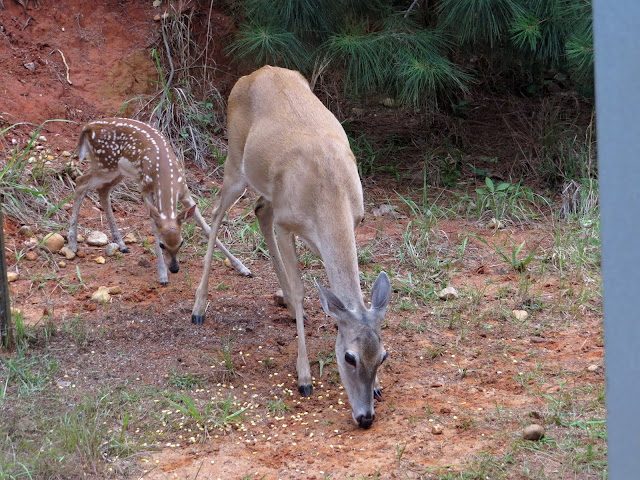 But something changed for the little one between yesterday and this morning because, despite me standing right there, it followed mom all the way down to the corn, though it was more interested in experimenting with the easier-for-little-mouths seed under one of the bird feeders, which was fine with mom since she's pretty greedy about her morning corn-treat. Not so much about the deer feed but if she want's to ruin her health by eating bad I'm not going to be the one to help!!