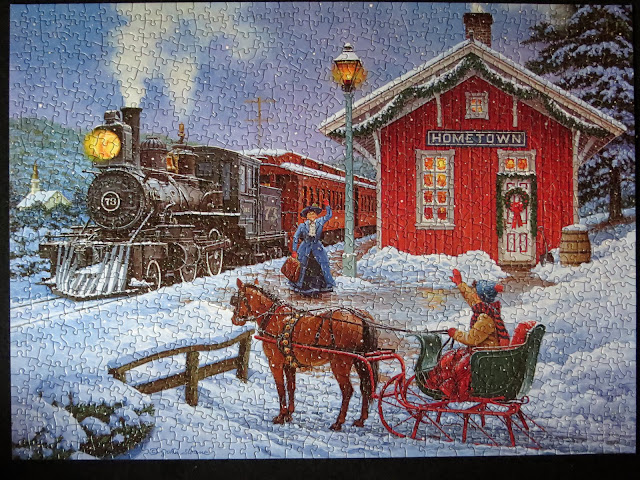 Normally when I finish a puzzle I step back to adjust my perspective, (When I’m working on it one piece at a time my focus gets pretty narrow.) let it sit for anywhere from a couple minutes to a couple hours, then break it back down and put it in the box 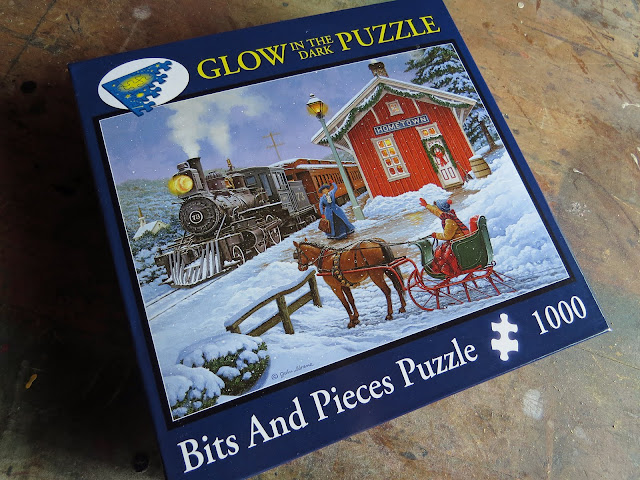 But this time as I pulled the box out I was reminded, just in time, that this particular puzzle was a ‘Glow in the Dark’.

Now I’ve never put one of these together before, usually dismissing them as gimmicks, but I stumbled across this one on sale and I couldn’t resist the winter train scene. (I mean come on! It’s got trains! And as a bonus winter scenes are good therapy during a Texas summer. How could I walk away from that?!)

Of course on the down-side it had the double whammy of being make in China with who knows what heavy-metals in the inks, not to mention whatever nasty compounds that make it ‘glow’, so I was extra careful about washing my hands before touching anything else, especially food, while putting it together.

Since I went to all that effort to stay safe I decided I should at least check out this glow-in-the-dark claim before busting it down into its 1000 component parts again.

When darkness finally fell and I turned the barn’s lights out I expected the train’s headlight, the lamp, and the station’s windows to glow briefly with some sickly yellow emanations that quickly fade. 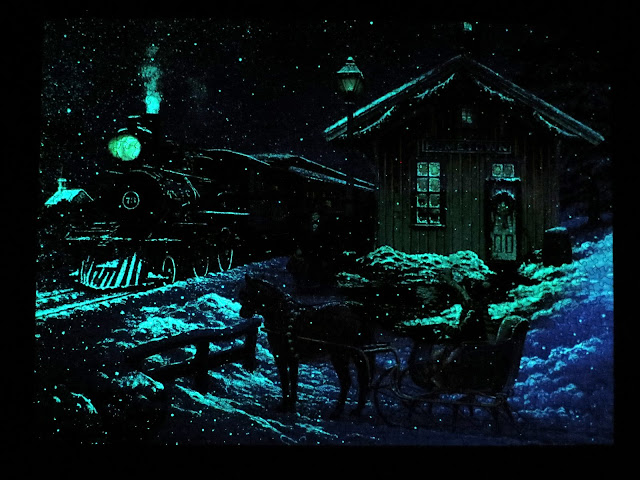 I certainly wasn’t expecting this!

I was immediately transported back to childhood memories of moonlight on the snow. The Wife, who also grew up in snow country had the same reaction.

In an unusual move I left the puzzle in one piece for another 24 hours while I figured out a set up to take these photos, but now the puzzle is back in its box and waiting for someone else to come along and be surprised.