Confused? No Dinner for You Then


OK, if you were a spider

which spot would you choose to build a web? 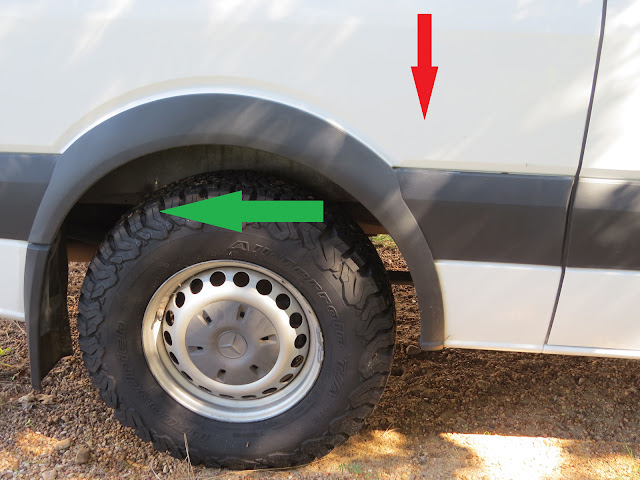 Here, (red arrow)  flat against the side of The Van?

Or here, (green arrow) catching the breezes in the wheelwell? 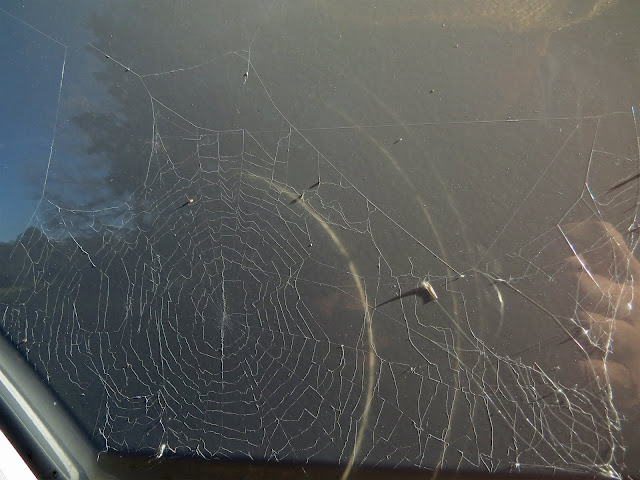 Well apparently not all spiders got the memo (Maybe the day she skipped school was the day they taught everything.) because for some reason this spider though it would be a good idea to just lay the web flat against the side of The Van in hopes that a bug would, by chance, just come walking by and get trapped. (Because - well - you know, so many bugs get tired of flying around and take to ambulatory means of locomotion instead.) 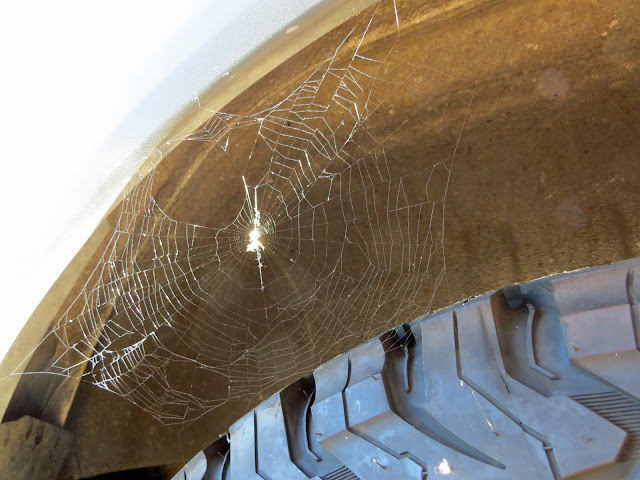 Or maybe that was a practice web and once she had the knack she moved over here to a much more suitable location for her web, which, judging by the hole in it, was successful.