OK, after four other posts I'm still here at the 20 acre Pioneer Village.

I've toured the massive Main Building, the dozen or so buildings around the square, and the Home and Shops Building, but there's still 8 or so very large buildings to go!! 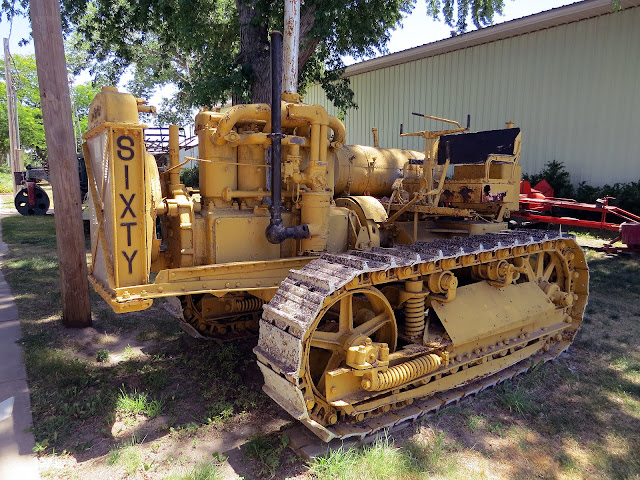 And don't forget all the stuff set out there in the spaces around those buildings. 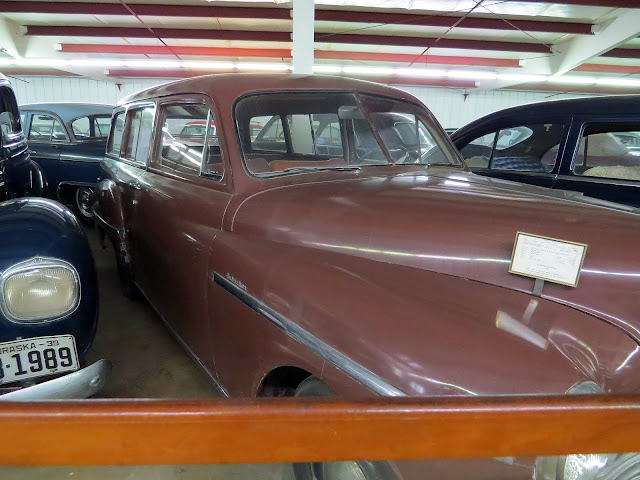 These buildings, the ones located towards the back of the property, are loaded with cars, tractors, farm implements and more. And I mean there's a lot of stuff in here! On top of that most every item on display has a little info plaque along with it to slow you down even more! 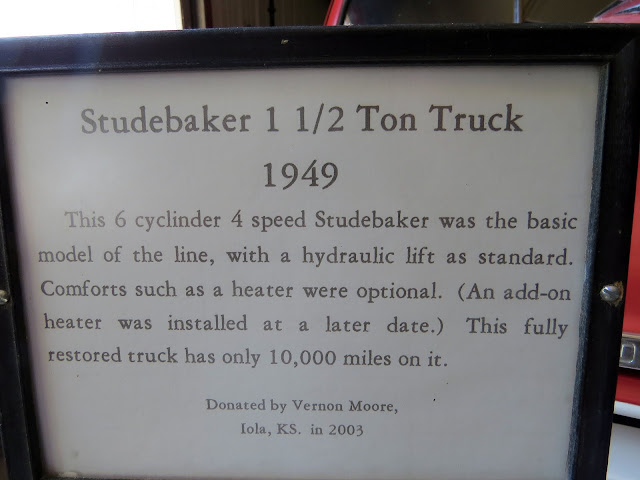 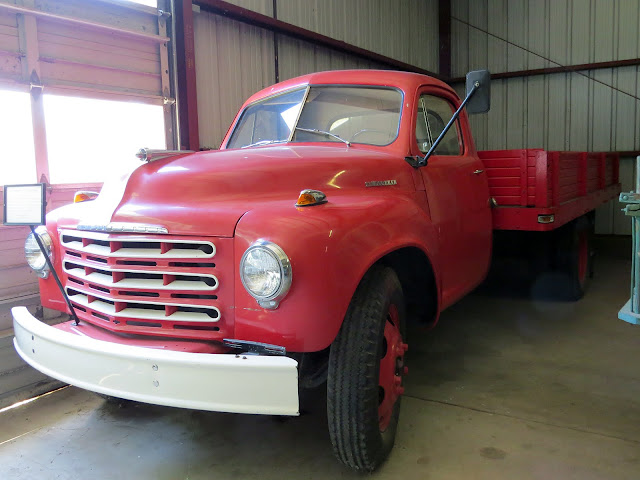 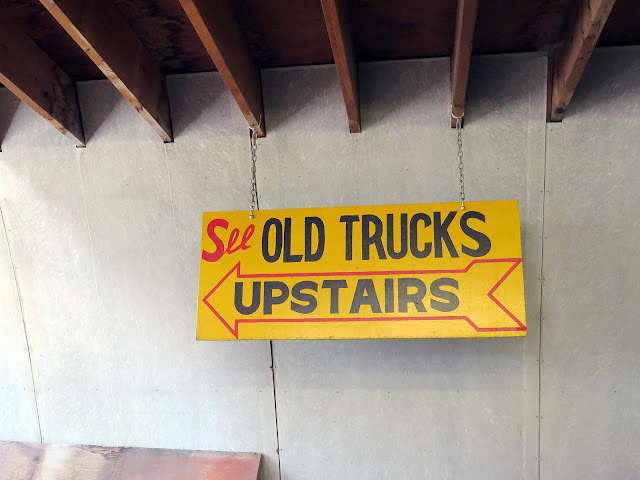 And one floor per building wasn't enough. Every one of these buildings has a second floor 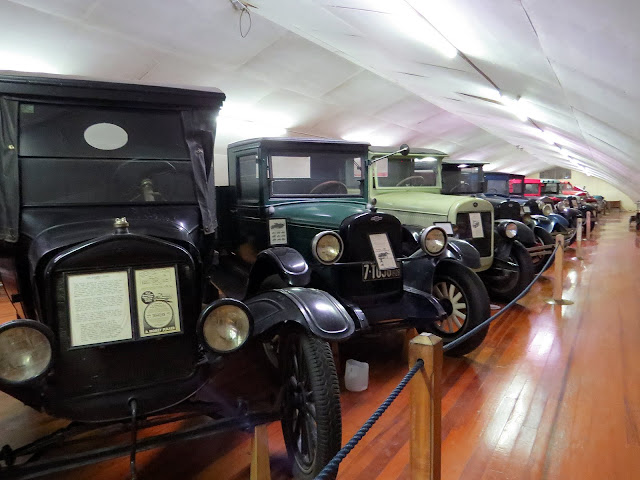 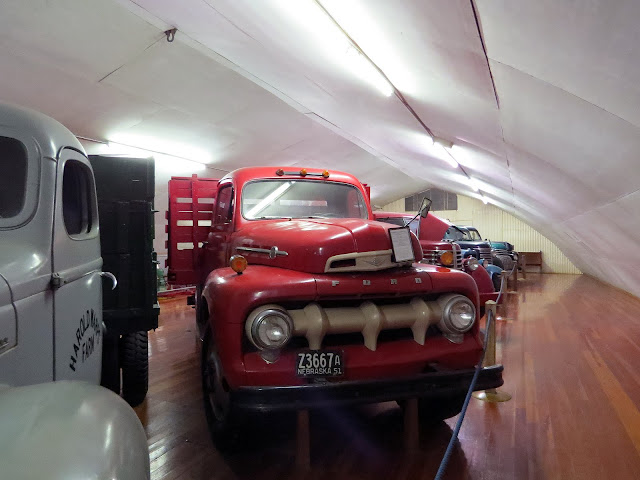 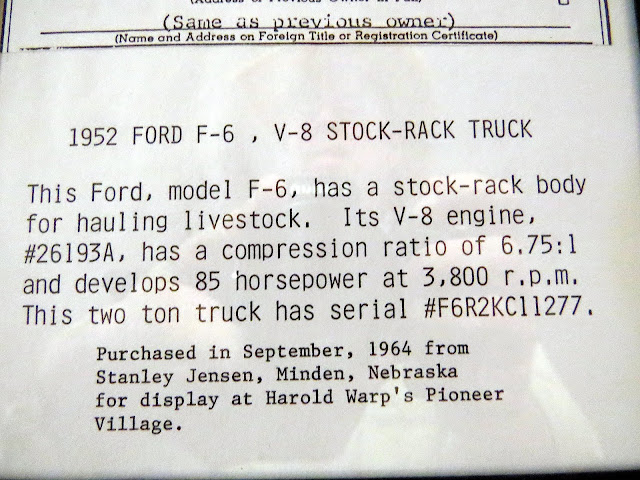 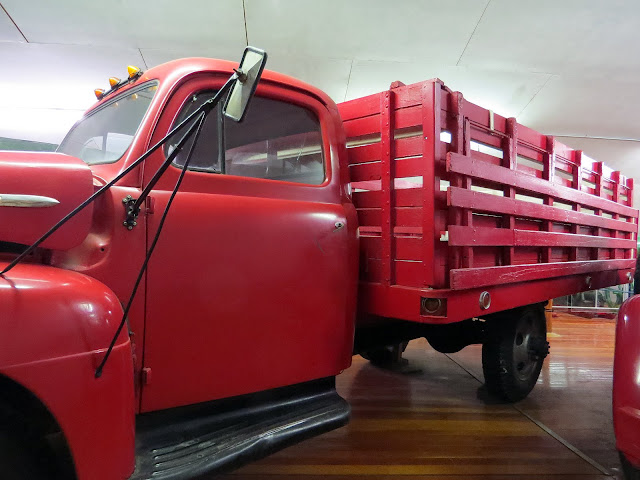 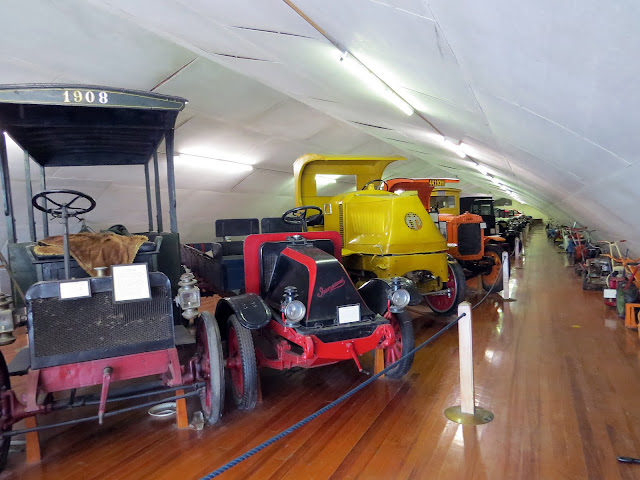 which is also stuffed with - well -other stuff, besides cars or trucks. In the photo above you can see a display of snow-blowers tucked in along the aisleway.

As is the case with all the displays in these buildings, the snow-blowers are arraigned in the order of their development, so by starting at the 'old' end, you can stroll your way forward in time. 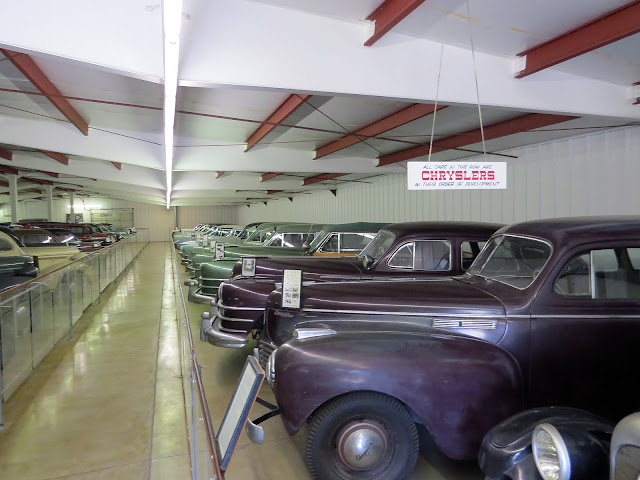 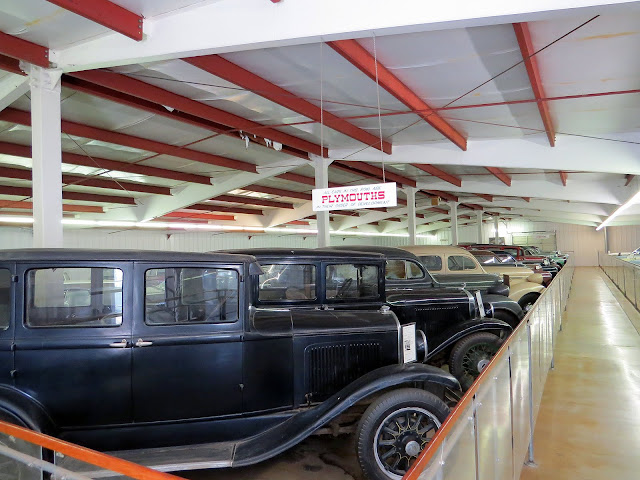 so each one gets their own individual 'stroll through history.' 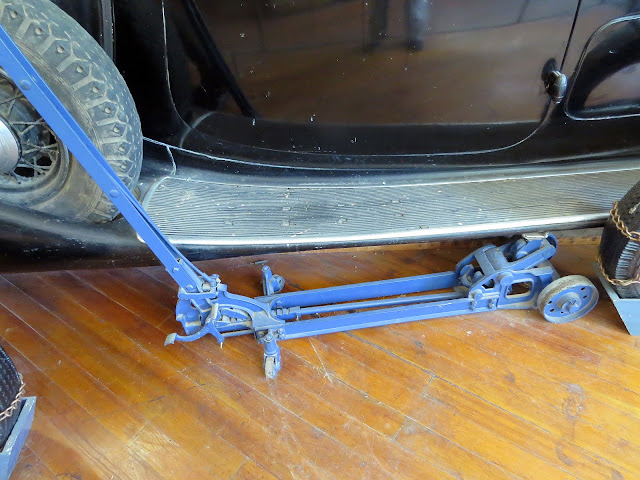 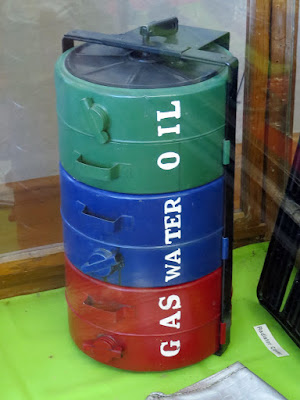 But if cars, and the stuff that goes along with them, aren't your thing 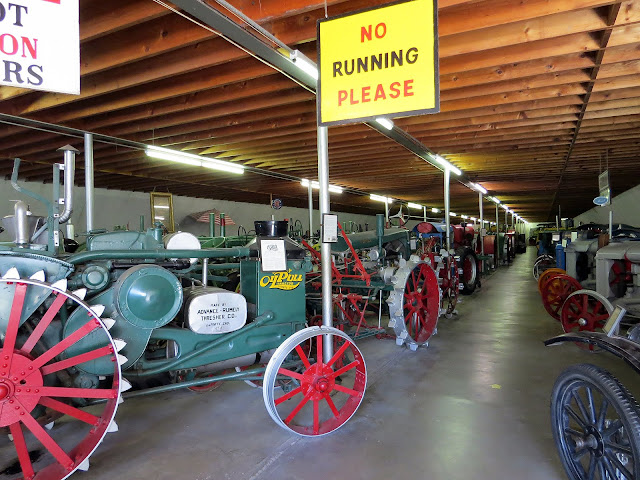 (I'm not sure if the sign refers to people or the tractors themselves. Apparently most everything in the museum is in operating condition.) 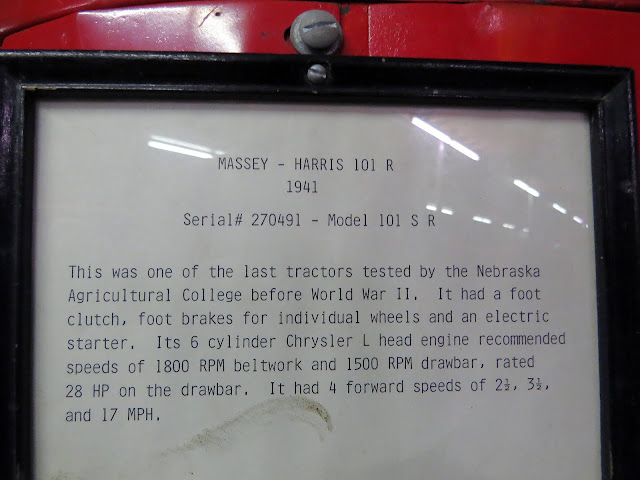 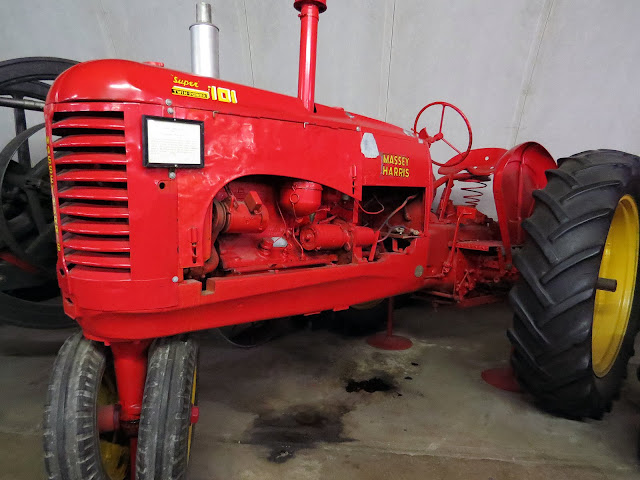 Hey! Our tractor marks it's territory just like this one! 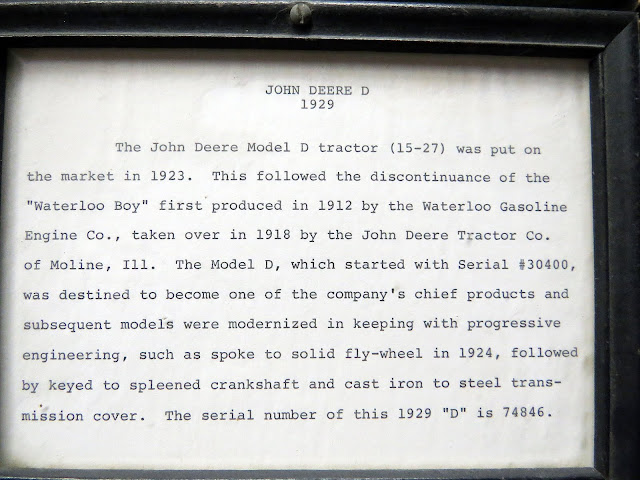 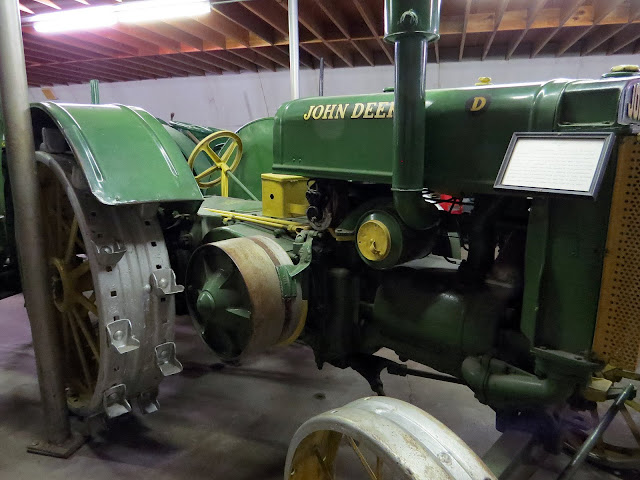 Had to include this one for my JD nut enthusiast nephew. 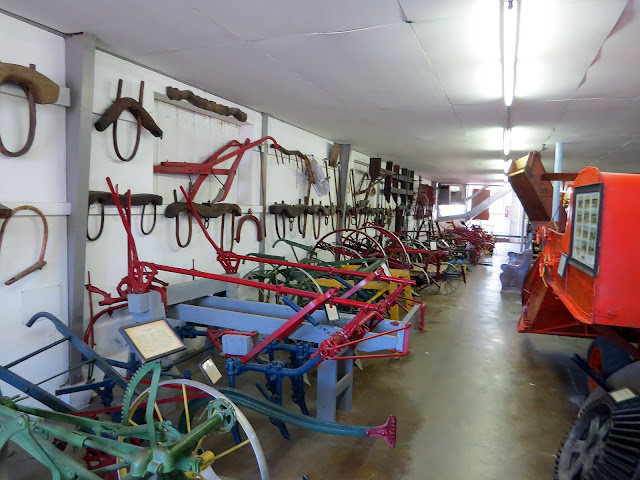 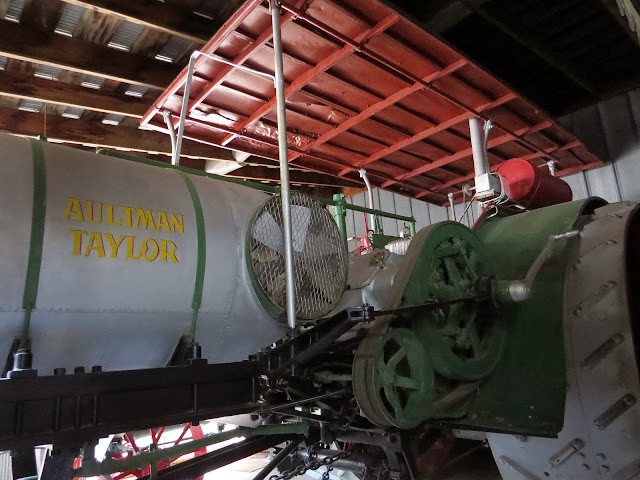 and steam-tractors, which need it, a separate building, because they are huge!! (This photo was taken from eye level.) 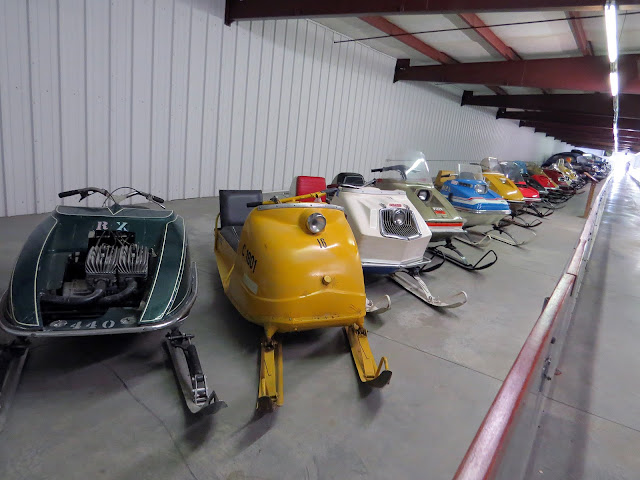 But if none of that is interesting to you, there's also snowmobiles 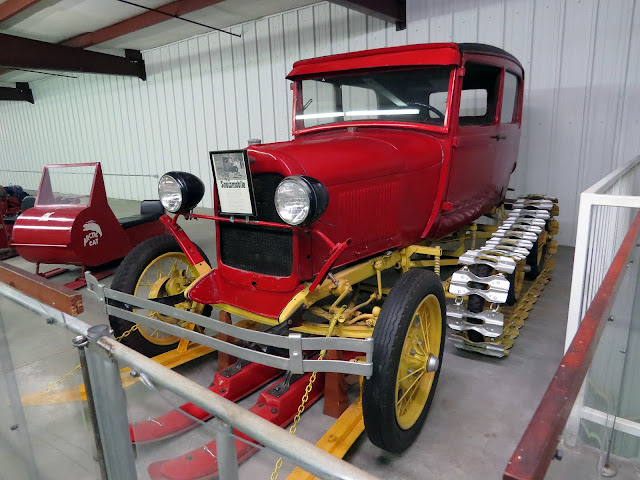 Lots of snowmobiles. (Since my brother and nephews are big into racing vintage snowmobiles these are only a couple of the many shots I took.) 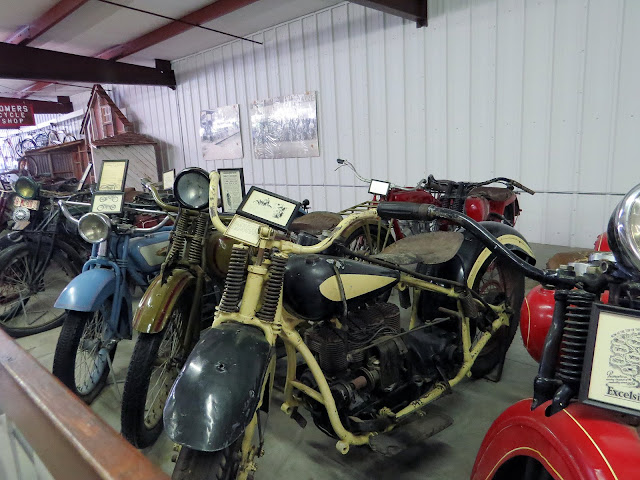 Maybe your interest is motorcycles? 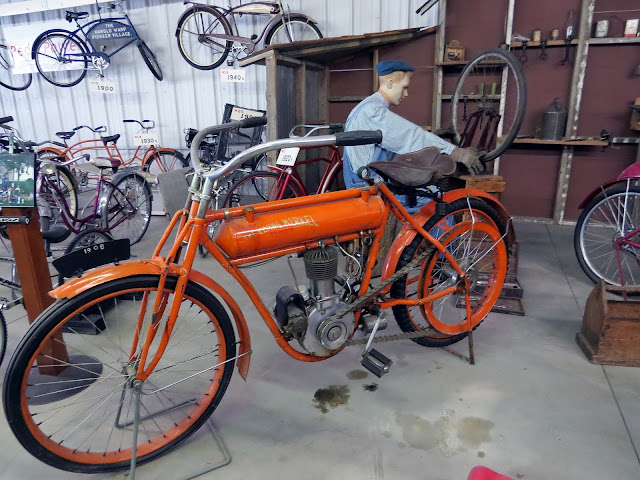 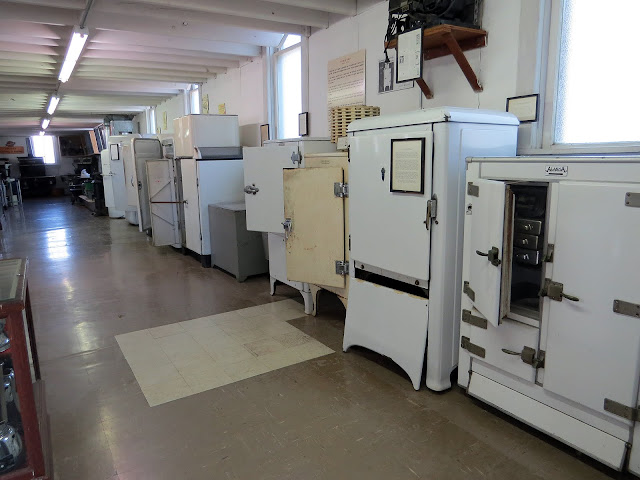 How 'bout the development of home appliances? 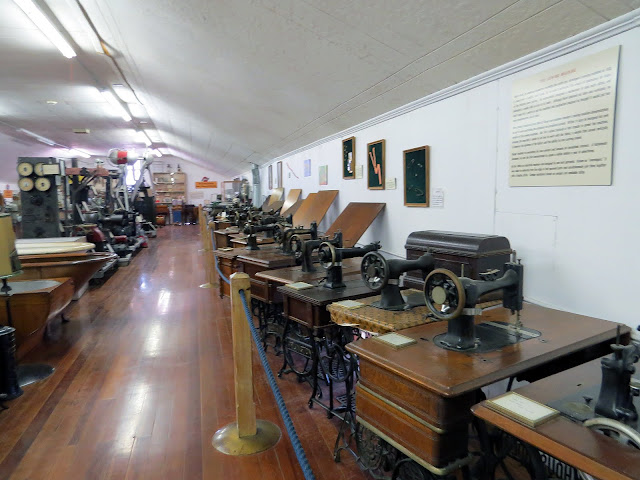 There's even a whole display case devoted to the evolution of the can opener!  No really!! And it was pretty interesting too.

I have a whole lot more photos of this place, and the urge to post them, but in the interest of moving on, as promised, this will be the last post from here at the Harold Warp Pioneer Village.

Besides right now it's a few minutes after 4PM, I'm still 100 miles from The Golden Spike tower, which closes at 7PM so I really need to get going! 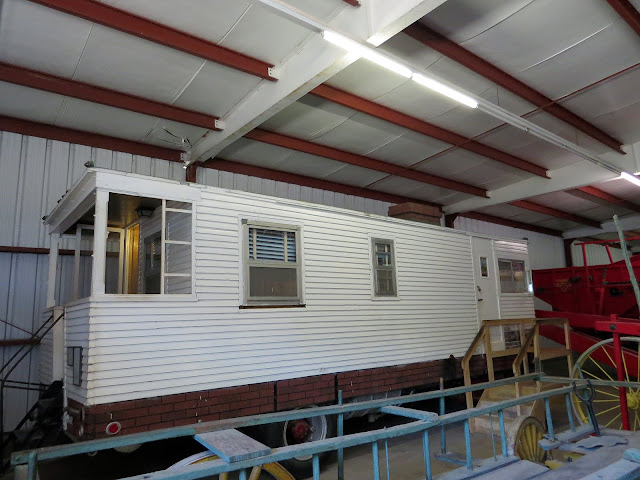 This oddity is a home-built motorhome. In 1939 the owner of a trucking firm bought the truck new. Eleven years later he sold the company but kept the truck for himself. 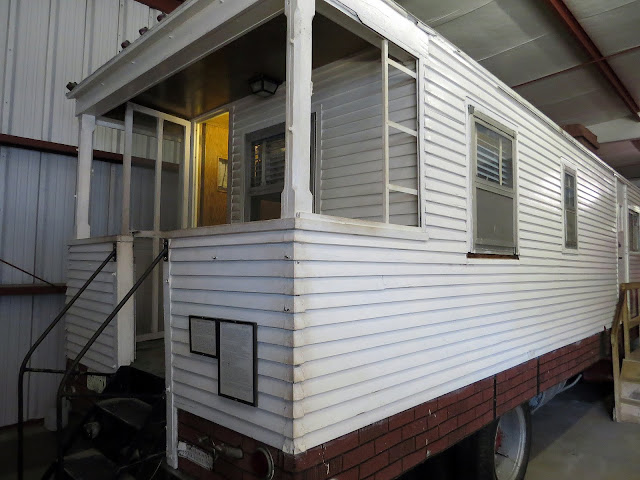 But you see that nice, warm and inviting entry, complete with separate screen door, leading in off the back porch?

Well, have you seen those funniest videos of people walking into sliding doors or floor-to-ceiling glass??

That was me; and it hurt!!!  That opening is covered in plexiglass and I never saw it, not even after I bounced off it. . .

But seriously, if you ever find yourself out in south central Nebraska, check you map for Minden and stop at Pioneer Village.  Just make sure you have plenty of time.