Harold Warp Pioneer Village; The Outside 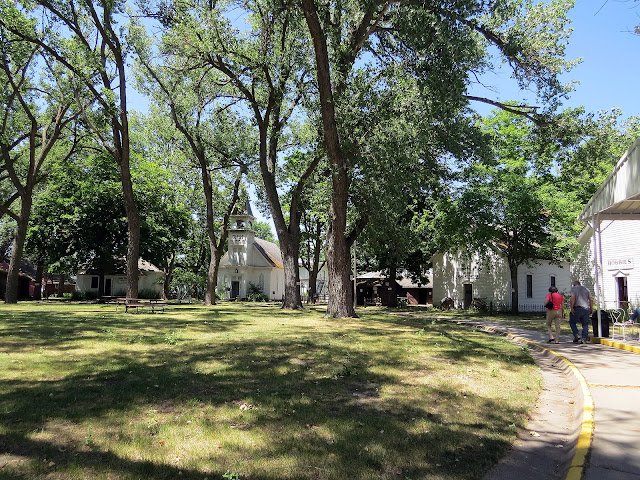 OK, so if you follow the little arrows painted on the floor long enough, you come out the back of the Main Building, a complete museum experience in its own right, and into a circularish 'square'.

Arraigned around the square are a number of historical buildings, including the one-room schoolhouse that started this whole thing.

When Harold heard the schoolhouse, which he had attended, was to be sold and moved or demolished, he bought it and thus started Pioneer Village. 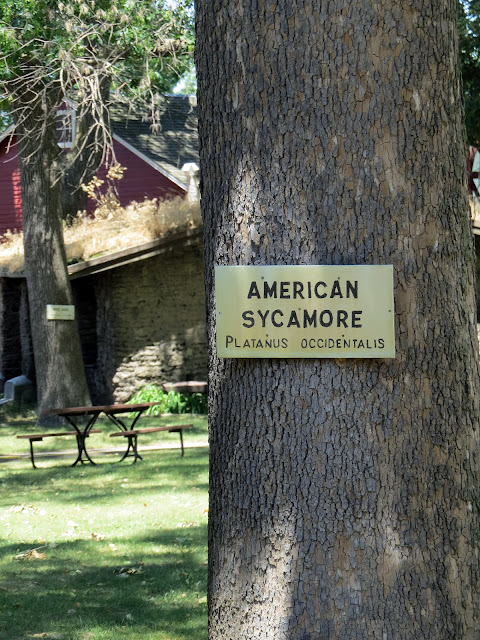 First thing I noticed on stepping out into the sunshine was that, like the Main Building, most everything, and I mean everything, is labeled. 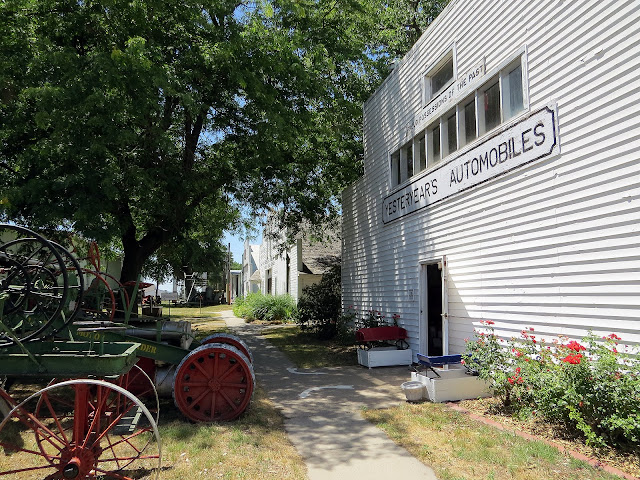 But fair warning, even though there are something like a dozen buildings arranged around the square, over time that wasn't near enough to hold everything and there are 8 or so additional buildings behind the square. 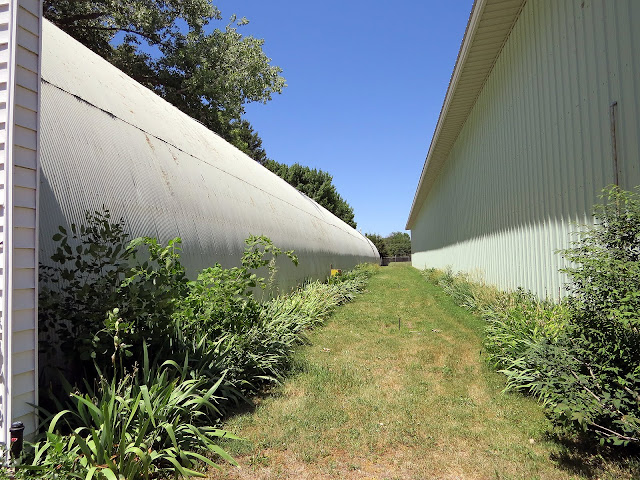 And I'm talking huge buildings hundreds of feet long, most with two floors. But more on those later, for now I'll stick to the square. 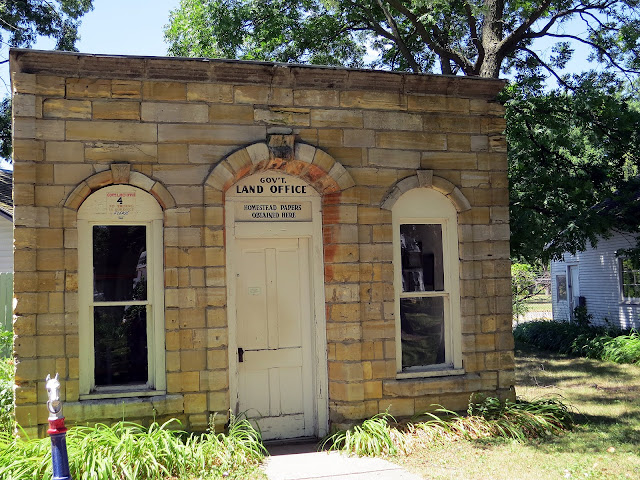 This is the very building where Harold's father filed for his homestead in 1876.

He made a dug-out for himself and his oxen in the side of a hill and spent 5 years 'proving up' by living on the land and making improvements before receiving title to it.  During those 5 years he built a sod house, 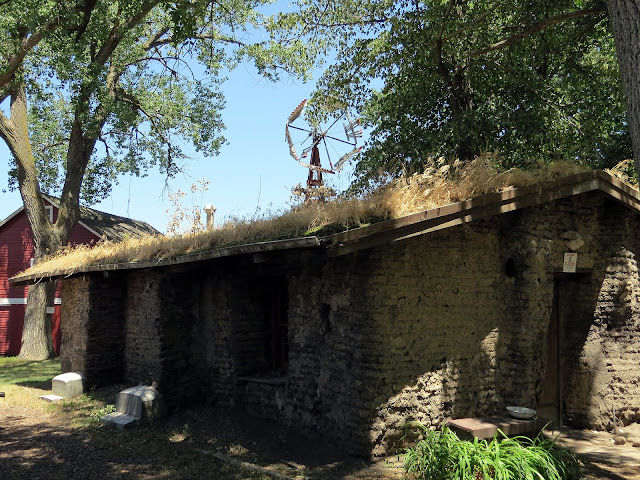 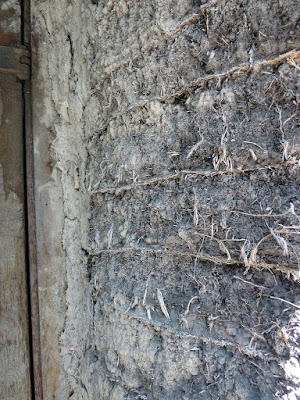 met a girl from another homestead. And in the winter of 1880 they drove a lumber wagon 20 miles to the nearest sod church and got married. 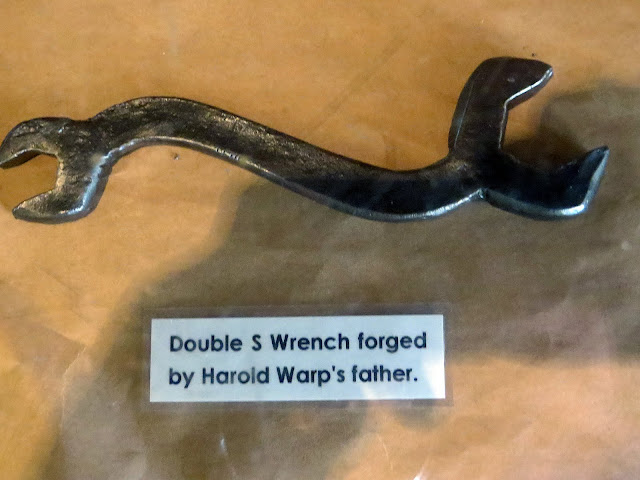 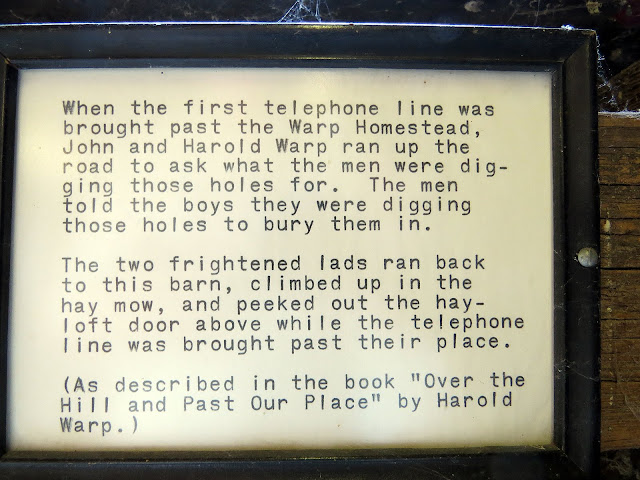 Like some of the smaller items on exhibit, many of the buildings around the square are part of Harold's personal history. 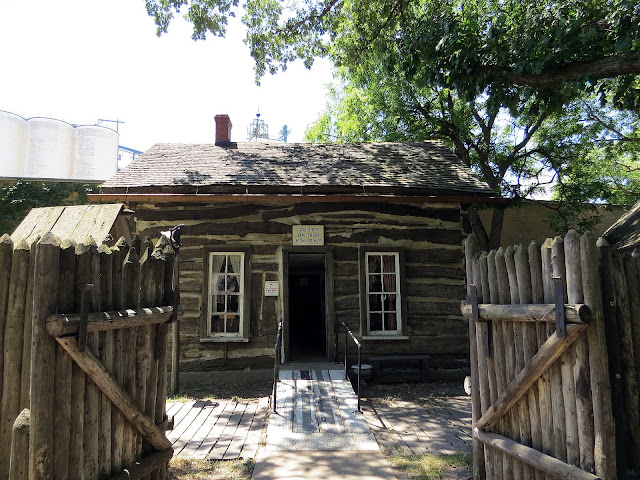 I'm pretty sure there were no grain elevators like the ones peeking over the fence here when this place, known at the Old Elm Creek Stockade Homestead, was built in 1869.  At the time this building was moved to the museum the homestead was in the hands of the 4th generation of Keeneys. 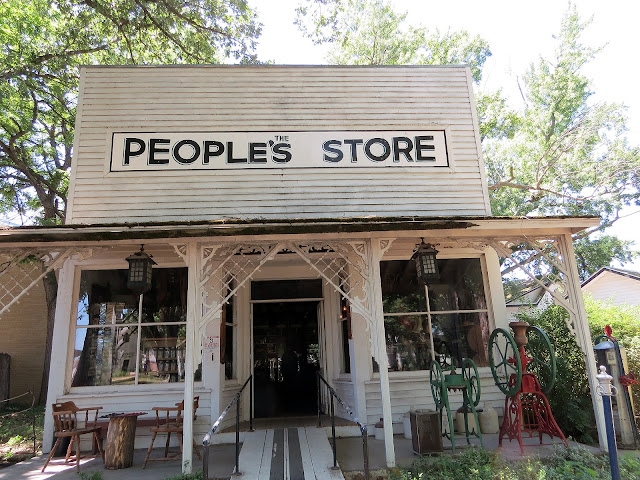 But as more and more people moved into the area, not all of them were farmers and homesteaders. As self-reliant as they were, farmers also needed things they couldn't produce themselves, so the merchants soon followed. 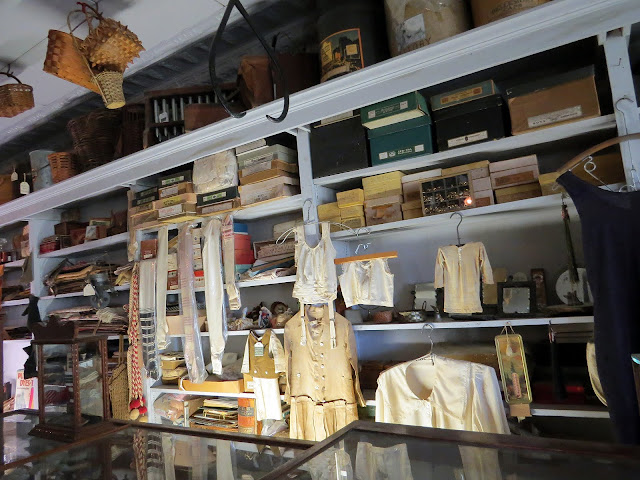 This store is stocked, literally to the rafters, with goods of the period.

What you can't see here, because I was composing the shots to eliminate it, is a plexiglass barrier between me and the goods. Every few feet is a sign warning that reaching over the barrier will trigger an alarm.

Well they ain't lying!! As some damn fool visitor, simply trying for a better angle on a photo discovered.

(Fortunately, at the time I was the only one there in the building to witness my own damn-foolery.) 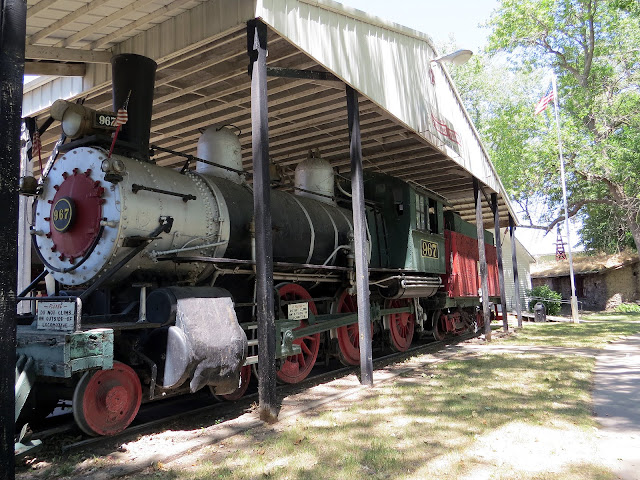 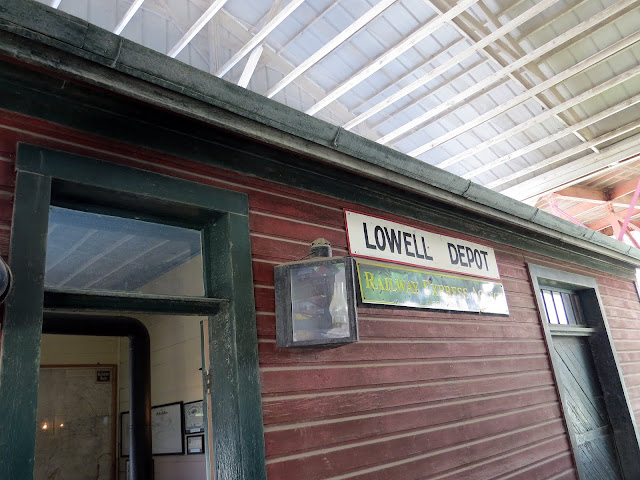 And when people start moving in, the railroad usually wasn't far behind. 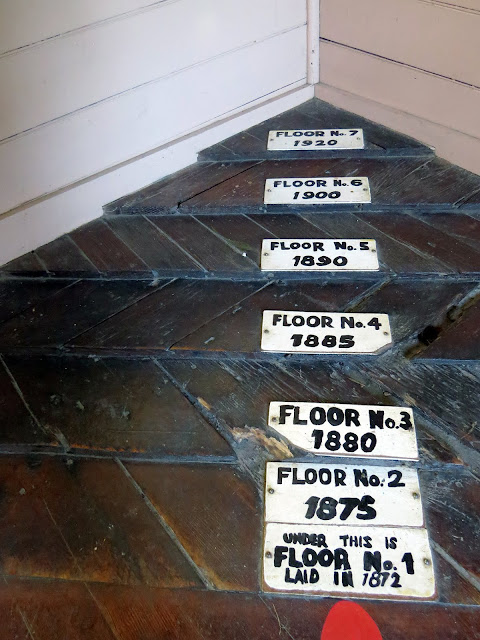 When this depot was moved to the museum and restored, they found 7 different floors laid one over the other. Clearly this was a busy place as the original floor only lasted 3 years! 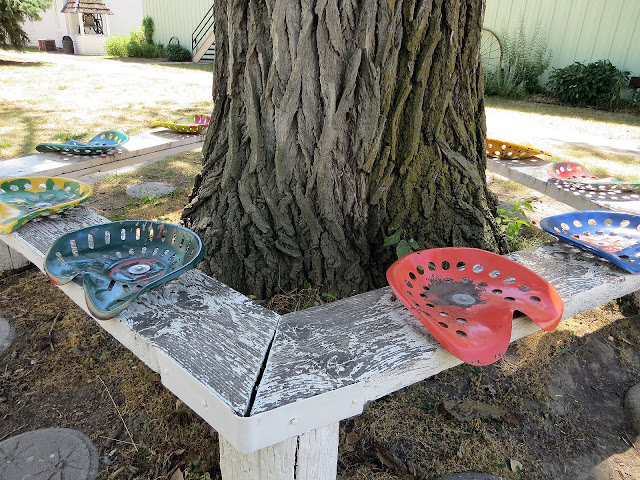 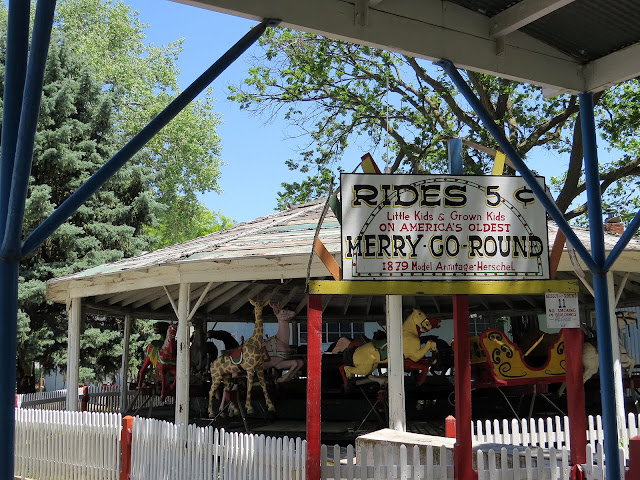 It wasn't all work and no play. 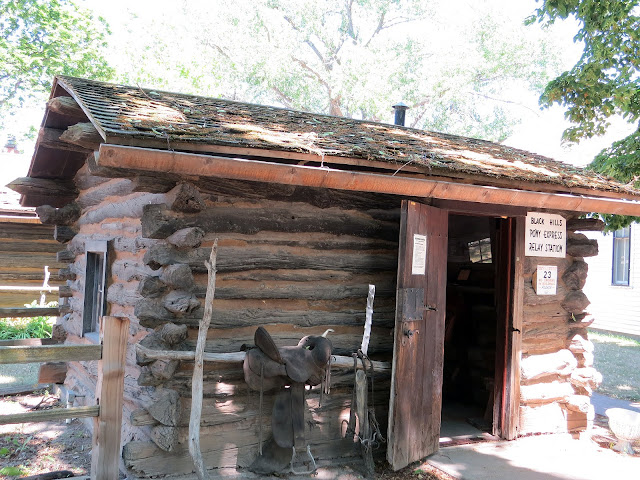 But living on the edge was a lot of work and little play. 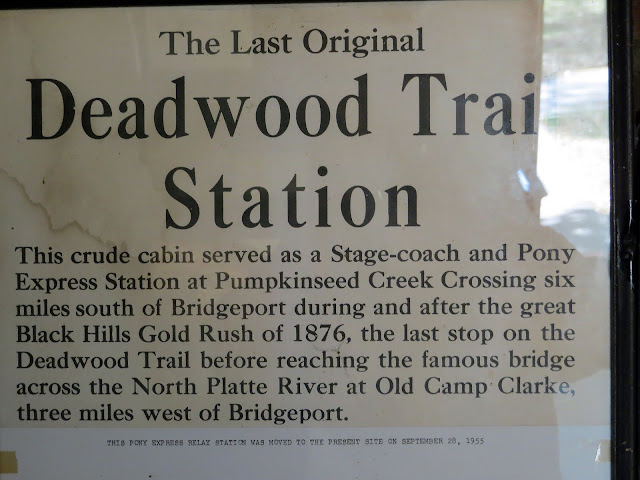 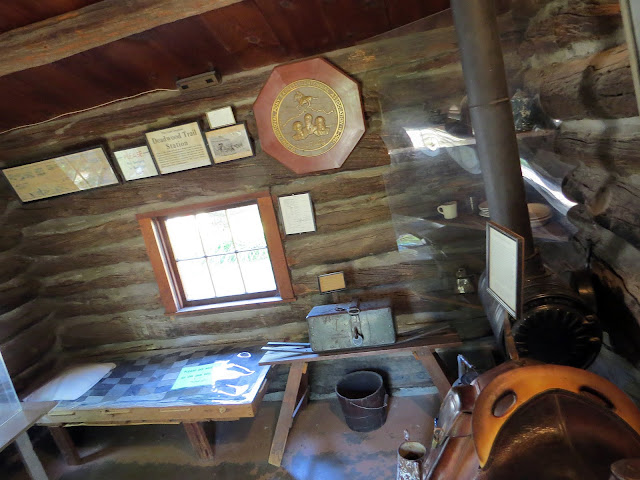 Yep, still more to come so stand by.