Oct 21 Hanging around the high country

Since I was already there, and had done a few miles of it yesterday, today I decided to finish driving the Enchanted Loop. This is an 84 mile route that circles Mt. Wheeler, the tallest in New Mexico.


Leaving Angel Fire on Route 64 it was a steep and twisty uphill climb to 9000 feet followed by an equally twisty downhill run. Even though I did this portion of the route once before many years ago, after driving the tight, densely wooded canyons it was still a bit of a shock to break out into vast and lightly treed expanse of the Rio Grande river valley where Taos sits.


Heading north out of Taos the trees started coming back and after making the right turn at Questa I was back in tight, wooded canyons for the climb up to Red River. A molybdenum mine dominates the scenery alongside SR38 for much of the trip between Questa and Red River. Yeah, I know, or rather I didn't know what the heck molybdenum is either and had to look it up. Now I still don't really know, except that it is used in various metal alloys. I do know I would have to think twice about living under the mountains of tailings piled up so high in some places it looks like canyon walls.! 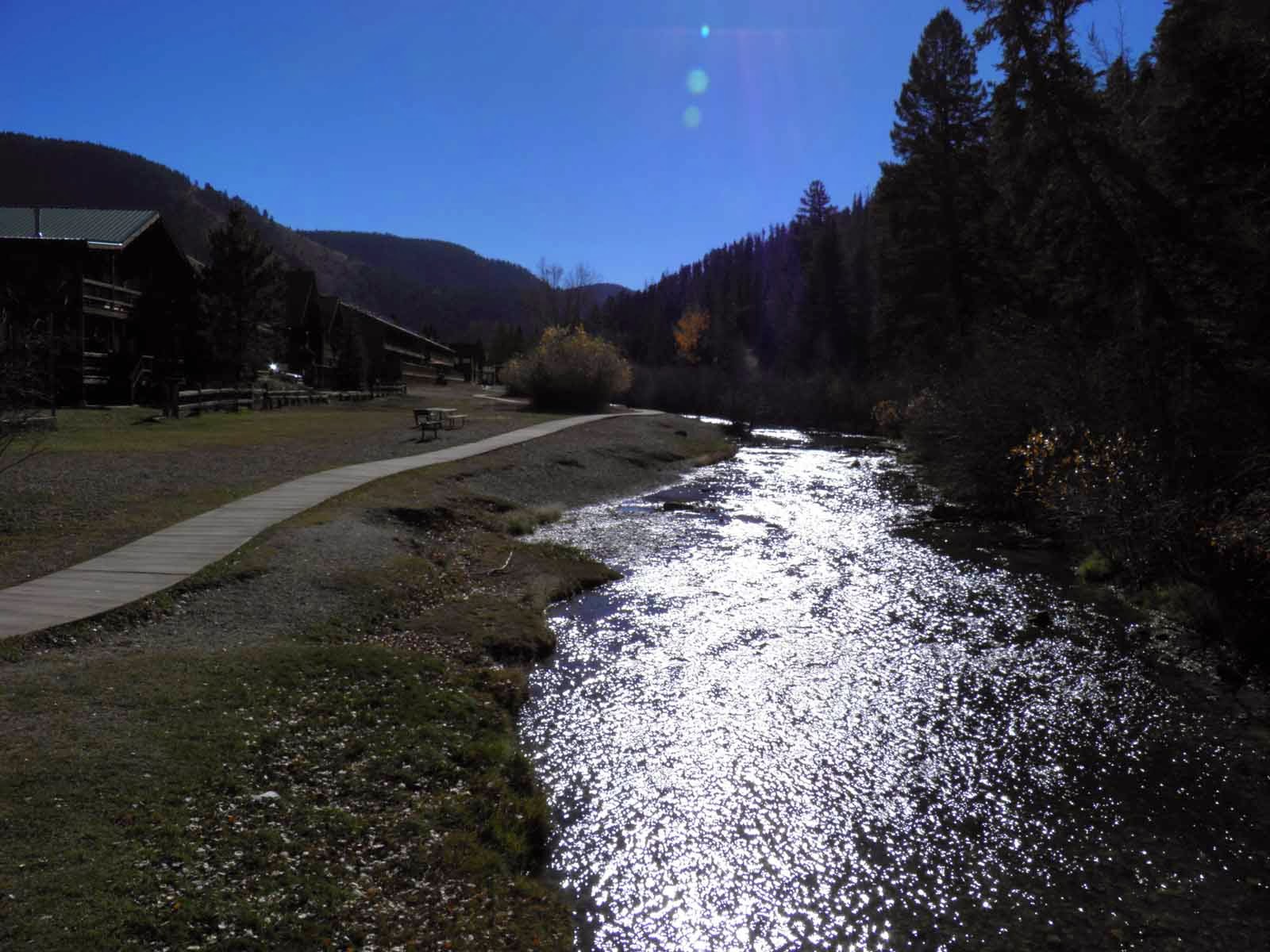 But fortunately all that stopped before I got to Red River. This is a town that was a favorite vacation place for my wife's family many, many years ago, long before there was a ski hill in town. I made a leisurely stop here and walked along the river on a trail that accommodates the many fishermen that fish the river, I assume in other seasons since there was no one fishing today. 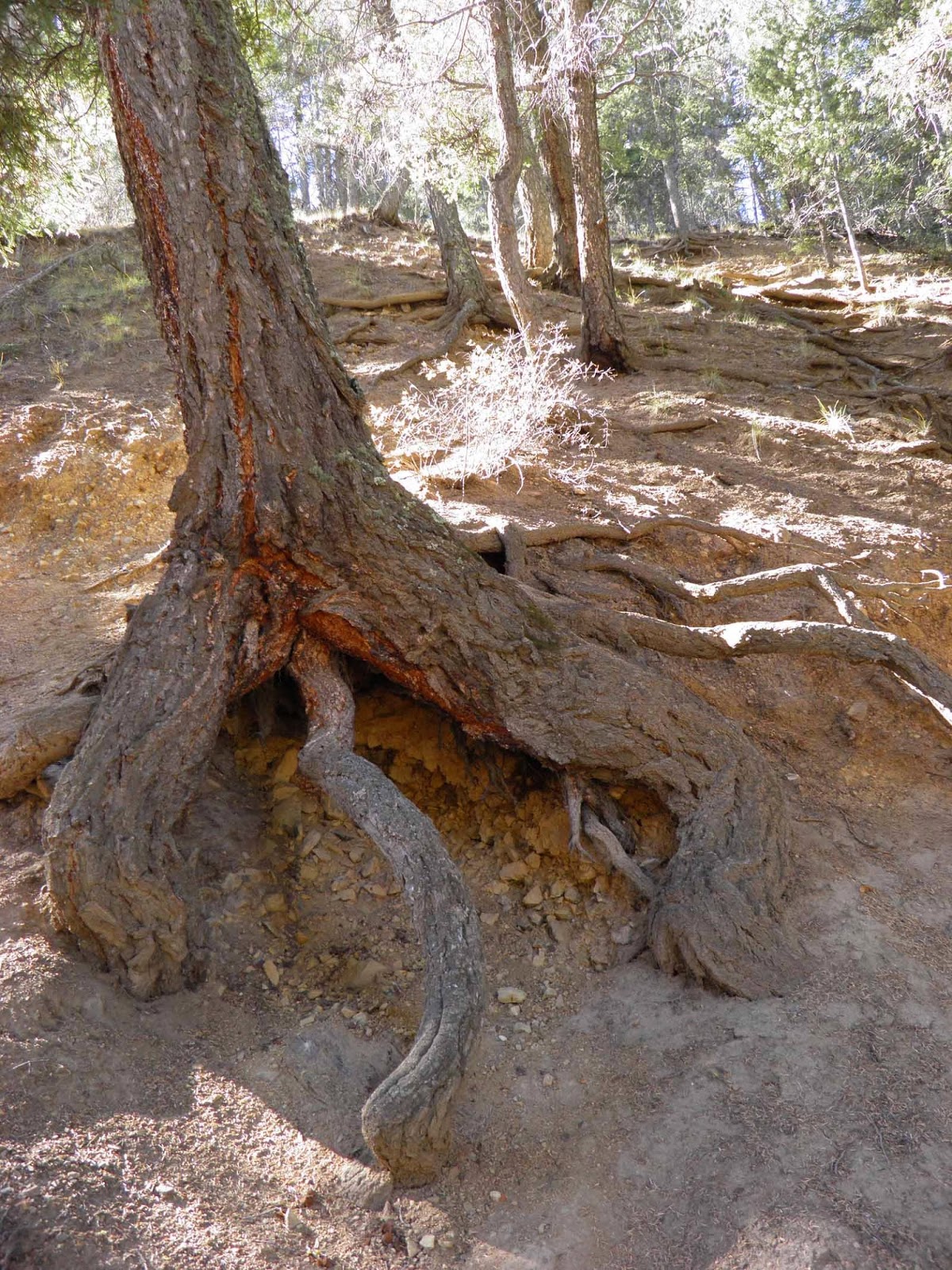 The climb to the east out of Red River to Badger Pass was steep, and got me up to 10,000 feet, but unlike other canyon passes in the area this one actually had a few buildings right there at the high point. The drop down the other side of the pass was steep enough that engine braking was not enough to keep my speed in check. That hasn’t happened very often this trip.


As the angle of decent gradually decreased I entered a narrow and isolated valley that opens up into ranch lands. This valley gradually widens, a little, as it drops down into Eagle Nest which is a small town (Basically the one street) at the north end of Eagle lake which sits about halfway down the north/south valley with Angel Fire at the lower end some 12 miles away but visible down the treeless valley if you know what to look for.

Having started my morning in Angel Fire and having already done the Eagle Nest to Angel Fire stretch of the Enchanted Loop the day before, at Eagle Nest I turned east and, after spending a couple very windy hours at the Eagle Lake State Park walking the shoreline, climbed over a saddle before starting the drop down Cimarron Canyon, the upper end of which is also state park. (Most of the lower end belongs to the Boy Scouts.)

There are four campgrounds in the state park. On the way up the canyon a couple days ago I stopped in one near the upper end of the canyon but it was full, or at least the full sign was out even though I could see several sites that looked empty. Today, a weekday, things looked a little emptier and after checking out the two campgrounds at the lower end of the state park I stopped for the night at the one called Maverick. The other one, Ponderosa, was pretty much just a paved parking lot, the attraction being the electric hookups. It looks a lot like the Rio Grand Village RV campground in Big Bend National Park which is also just a glorified parking lot but , just like here, has the only available electric hookups.
No electric available at Maverick and the water and bath houses were shut down for the season back in September (Three portable toilets filled in for the two bath houses.) but this is a much nicer campground and I can get along without services for several days so that's where I parked myself and I think it's going to work out well. Used the time this evening to start sorting all the photos I’ve taken, watch another installment of my ‘How the Earth Works’ course on DVD, and read. Threw my extra blanket on the bed so I didn’t have to worry about heat and I'm going to bed early.﻿﻿﻿﻿﻿﻿﻿﻿﻿﻿﻿﻿﻿