US50 Phase 1: Kansas, the good and the less good


Looks like the wet weather has gone past, (Except the wind sure is sticking around!) so I’m back on the road today, though I turned out to be on the road longer than planned.


Originally I wasn’t going all that far. Hutchinson, with the Cosmosphere and Space Center museum in the center of town, is only about 60 miles to the northwest of Wichita and the Sand Hills State Park is just north of there. So the plan was a day at the state park, overnight in Hutchinson, and another day at the museum.

I headed northwest up SR96 which intersects US50 right there at Hutchinson. I cut around the east side of town and went a short distance up SR61 to the turnoff for the Sand Hills State Park. Turns out I might have been better off checking out the town, and most specifically the camping options, first, but I didn't.


Instead I hiked around the state park for the better part of the day. I only saw one other person while I was there, and him from a distance. This day-use only area is a preserved piece of the sand hills found in this area with a mix of heavily forested bottom land and rolling open areas punctuated by the remains of sharply rising dunes now heavily covered in vegetation. 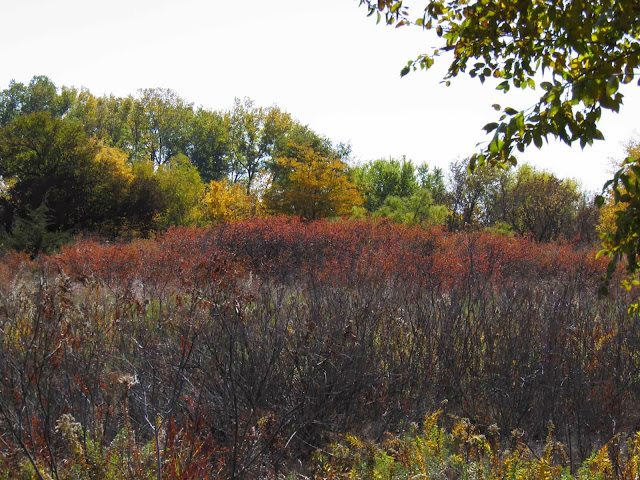 The trails are well maintained but the trail markings are pretty spotty, fine in some places but in others, where they are really needed, completely missing, and there were no maps in the little box where the sign at the parking area said there would be maps. (There is no fee therefor no visitor center or any other manned facilities that I could find.) So I had to make sure I stayed oriented so I didn’t end up wandering around out there all night! But I didn’t have to resort to my compass because as I was driving in I crossed a relatively busy rail line passing right down the west edge of the park. So every time I heard a distant train whistle I knew it was west of me and I had left The Van on the north side of the park so, with left hand to the train whistle, The Van, or at least the road, would be in front of me.
I hiked the trails, I bushwhacked, and I just sat and became one with my surroundings. Hey! maybe I'm starting to get the hang of this schedule-less travel thingy! Anyway, it was late afternoon before I made my way back to The Van. 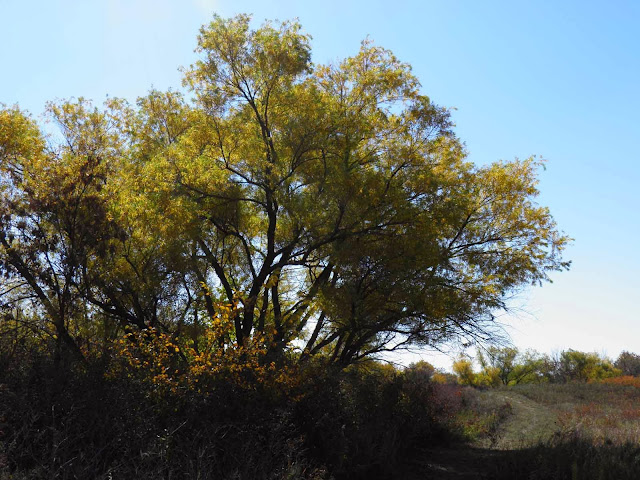 From there the original plan was to run a couple miles back into Hutchinson and stay at the State Fair campground and visit the Cosmosphere museum the next day. Only problem was I didn’t like the feel of that one and only campground in town and that feeling didn’t get any better as I drove around and approached the campground from different directions. I had to try different directions because the gate I was supposed to use was locked up. I ended up driving right through the main gate to the fairgrounds, not entirely sure I should be doing that, only to find that there didn't seem to be an office for the campground and the bathhouse was locked up. 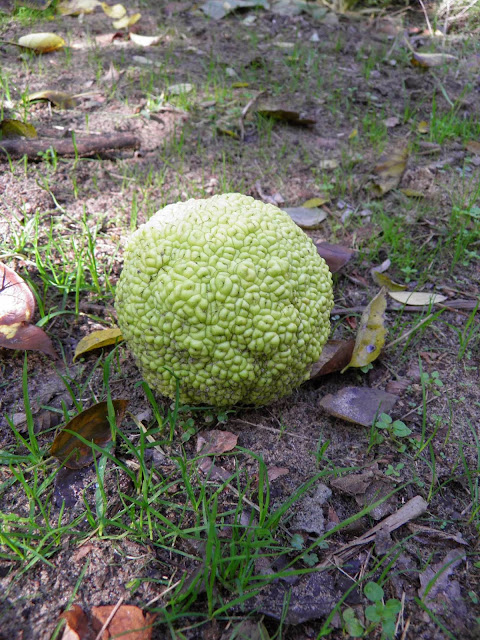 At that point I made a command decision that it wasn’t a place I wanted to stay anyway so I needed to just move on. It probably didn’t help that at one point in my wandering around Hutchinson I found myself all alone on a road looking up at what looked like a massive castle wall that turned out to be a large prison with tall stone walls, razor wire fences and big guard towers on the corners, plopped down right there in town.


So I gave up on Hutchinson and the Cosmosphere and, after consulting The Book (The campground guide) I headed 130 miles west into the setting sun for Dodge City (I wasn’t ready to go back to Wichita even though it was closer. Been there done that.) 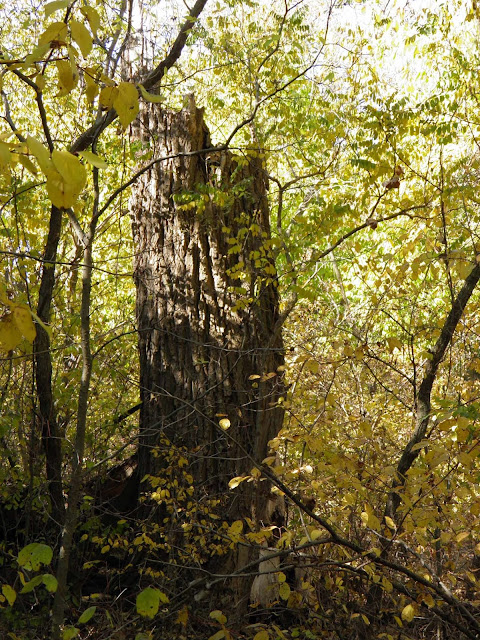 It was a long drive down a dead straight road to Dodge City with a vicious wind right on the nose as well as the sun in my face. But I’m parked for the night now and will spend tomorrow messing around this town instead.
Along the way I went through the little town of Spearville which claims to be the wind generator capital of the country. I can believe it! Out here on the plains you can see these things coming forever and there had to be hundreds of them in sight at some points. 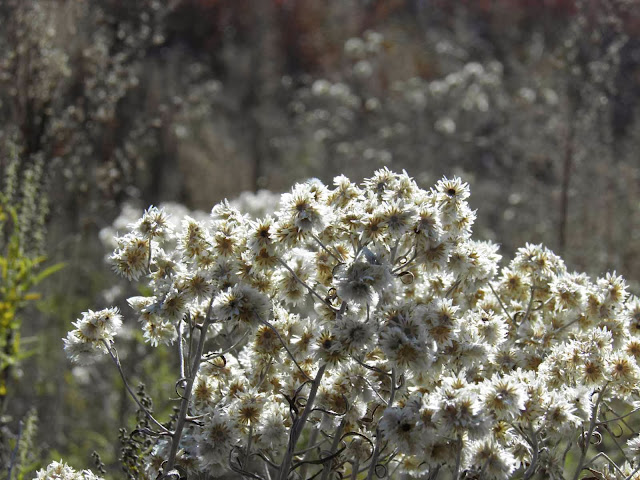 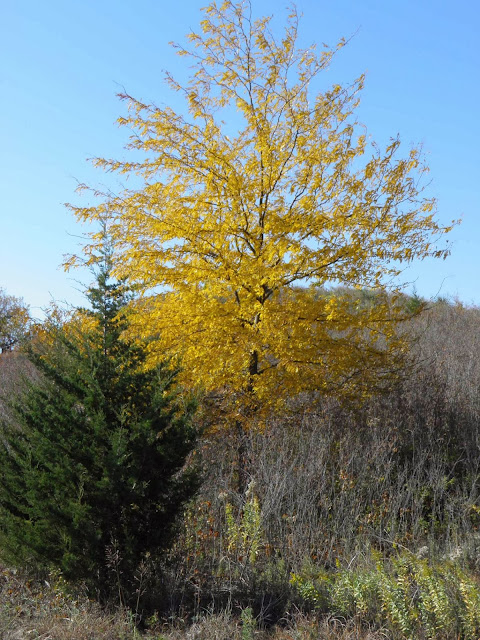 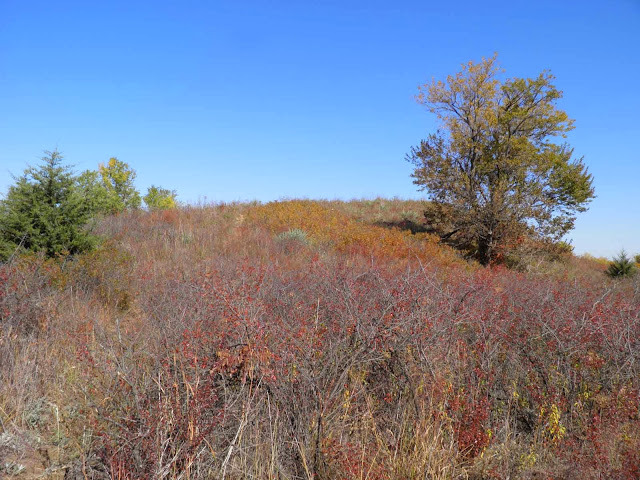 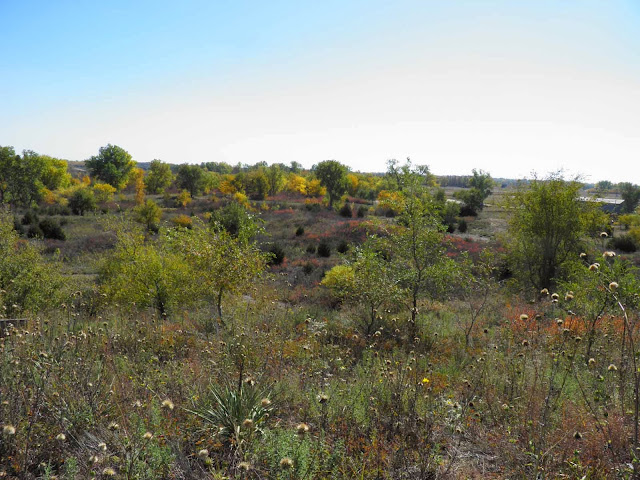